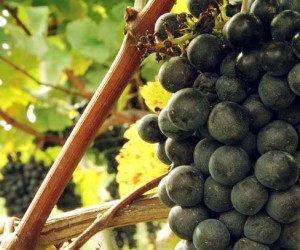 Learn everything about Left Bank Bordeaux in the official guide to the best wines and all the top chateaux from the Left Bank of Bordeaux. This covers all the top Bordeaux wine from Margaux St. Julien Pauillac St. Estephe, Haut Medoc and Pessac Leognan appellations.

From there you can read detailed profiles on all the best chateau and producers with complete histories, wine tasting notes, images, best wines, and the best vintages to buy. The Left Bank of Bordeaux is the home to all of the official 1855 Classified Bordeaux wines.

While some of the Left Bank of Bordeaux has been populated since Roman times, the Left Bank did not become what many wine lovers consider the world’s epicenter for wine until the start of the 18th century.

It was at that point in time when the majority of the land switched to the cultivation of grapes for the production of Bordeaux wine. With natural drainage, access to water from the Atlantic ocean, and the Gironde, terroir, and soils hospitable for wine grapes, vineyards slowly began taking over the region.

The Left Bank has a terroir with gentle slopes and a wide variety of gravel, stones, sand, limestone, and clay soils. This makes the Left Bank was perfect for the production of Cabernet Sauvignon-based Bordeaux wine.

For a deeper understanding of the terroir in Bordeaux; Bordeaux Terroir and Soil

This unique combination of soil types and grape varieties is a large part of what has helped make the wines from Medoc and the Left Bank of Bordeaux so famous, as well as sought after all over the world. Those soil variations are a part of The difference between Right Bank wines and Left Bank wine.

The Left Bank of Bordeaux is the wine-producing region where you will find the appellations that many of the most famous Bordeaux wine producers call home including chateaux located in Margaux, Pauillac, Saint Julien, Saint Estephe, Pessac Leognan, and the Haut Medoc along with chateaux from lesser, surrounding appellations.

While all the wines from the Left Bank of Bordeaux are blends, in the Medoc, Cabernet Sauvignon is the dominant grape, followed by Merlot and Cabernet Franc.

To a lesser degree, Petit Verdot, Malbec, and small amounts of Carmenere are also planted in the Left Bank of Bordeaux. While the vast majority of wines produced in the Medoc are red Bordeaux wine, there are a few producers that also make white Bordeaux wine, most notably Chateau Margaux.

However, the best white Bordeaux wines are produced in the Pessac Leognan appellation. With the exception of Chateau Haut Brion, all the chateaux that earned their place in the 1855 Classification are located in the Medoc, which is the heart and soul of the Left Bank of Bordeaux.

The Medoc also includes the Haut Medoc, Moulis, Medoc, and Listrac appellations. In total, there are 13,727 hectares planted with vines in the Medoc.

Looking on a map, the Medoc starts just north of the city of Bordeaux and extends north, past St. Estephe to the Le Verdon port. However, many people also consider the Left Bank to include the wines of Pessac Leognan, which adds an additional 1,199 hectares under vine bring the total amount of hectares under vine to 14,926!

The Left Bank is where you will find all the First Growth Bordeaux, as well as all the other 1855 Classified Bordeaux wines of the Medoc including the Second Growths, Third Growths, Fourth Growths, and Fifth Growths. In the Left Bank of Bordeaux, more than 200 chateaux can be found that are classified as Cru Bourgeois.

The Left Bank is also the home of all the Cru Bourgeois estates. While most of the Cru Bourgeois is located in Haut Medoc, others are situated all over the area from as far north as slightly above St. Estephe to below Margaux in the south as well.

You can also find more than 40 chateaux classed as Artisan Crus, cooperatives, and a countless array of small, unknown growers in the Left Bank of Bordeaux.

While there are vintages that clearly favor Left bank Bordeaux wines. It is not that simple. For example, there are years when St. Estephe performs great, while other appellations have difficulties, which is what happened in 2003.

Though it is important when looking at older historical vintages, for example, 1982 and older, that you keep in mind that very few Left Bank vineyards were consistently producing great wine. That is clearly not the case today as now, almost every chateau is making the best wine in the history of their estate! For more detailed information on all the best Bordeaux vintages and harvest conditions from 1900 to today Bordeaux Vintage Information

Bordeaux Wine Producing Chateaux in the Medoc listed in the geographical order from north to south.