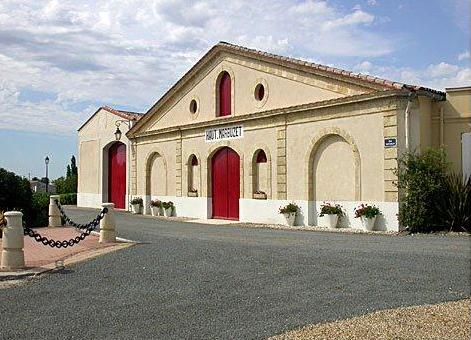 Learn everything about Chateau Haut Marbuzet St. Estephe with wine tasting notes and wine with food pairing tips. Learn the best vintages, a history of the property and information on the vineyards and winemaking. If you want to read about other Bordeaux wine producers: Links to all Bordeaux Wine Producer Profiles

At his death, the land was divided and sold. In fact, a portion of the vineyards became a part of Le Crock. In 1825, the land was purchased by the MacCarthy family, who officially established what became Haut Marbuzet.

The interesting Duboscq family owns Chateau Haut Marbuzet today. Herve Duboscq may have been illiterate until he was at least nine years old. But he was shrewd.

He built the vineyards of Chateau Haut Marbuzet from 7 hectares up to 58 hectares over time! In 1962 Herve Duboscq was joined by his son Henri Duboscq, who now manages Haut Marbuzet today with his two sons. It was said that the elder Herve Duboscq at times described Bordeaux wines by comparing them to different female body parts. He was quite the character! 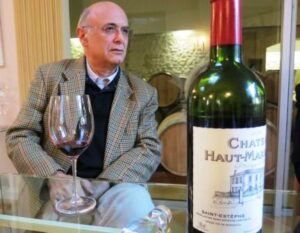 The 65 hectare Left Bank vineyard of Haut Marbuzet is planted to 50% Cabernet Sauvignon, 40% Merlot, 5% Petit Verdot, and 5% Cabernet Franc. This shows a marked increase of Cabernet Sauvignon planted, along with a decrease in the amount of Merlot in the vineyards.

The terroir is gravel, clay, and limestone soils. Parts of the vineyard are of very good quality with views of the Gironde, not that far from Chateau Montrose. On average, the vines are close to 30 years of age. The vineyard of Chateau Haut Marbuzet is planted to a vine density of 9,000 vines per hectare.

There is a second wine, MacCarthy, which takes its name from a previous owner of the estate. The Duboscq family also owns two other Bordeaux estates in the Saint Estephe, appellation, Chateau Chambert Marbuzet and Tour de Marbuzet.

From 1982 to 1990, Chateau Haut Marbuzet was on top of their game as they produced outstanding Saint Estephe wine. The wines which showed well young were opulent, lush, oaky, and filled with soft, ripe fruit.

While still well priced, the quality seems to have slipped since the 1990 vintage. The wine can be oaky when young, so this is not a wine for the oak averse.

Chateau Haut Marbuzet can be enjoyed early. However, the wine is often better with at least a few years of bottle age. Of course, that can vary slightly, depending on the vintage. Haut Marbuzet is usually best in the first 10-20 years after the vintage.

Young vintages can be decanted for 1-2 hours. This allows the wine to soften and open its perfume. Older vintages might need very little decanting, just enough to remove the sediment.