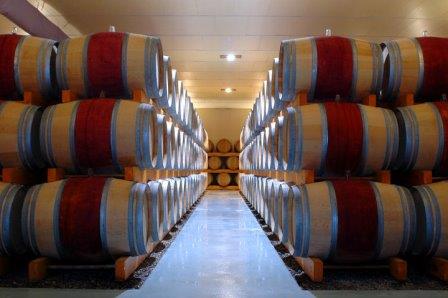 Learn everything about Chateau L’Aura de Cambon Margaux with wine tasting notes and wine with food pairing tips. Learn the best vintages, a history of the property, information on the vineyards and winemaking. If you want to read about other important, Bordeaux Chateaux: Links to all Bordeaux Wine Producer Profiles

L’Aura de Cambon was created in 2006, when the owner, Jean-Pierre Marie, purchased a 1.24-acre parcel of vines from a local butcher in the Margaux appellation.

The vineyard is located to the south of the appellation between Chateau Margaux and Chateau Brane Cantenac and not far from Chateau Cantenac Brown. Once the purchase was completed, the first thing the new owners did was replant the vineyards.

Starting with the 2013 vintage, the new owners brought in the noted consultant Hubert de Bouard of Chateau Angelus to act as their consultant, in the vineyards and the cellars.

L’Aura de Cambon was sold during the summer of 2019 to the massive wine conglomerate, Treasury Wine Estates who owns various vineyards in Australia, most prominently Penfolds. They also own established brands in Napa Valley including Beringer and Beaulieu along with Chateau St. Jean.

The Left Bank vineyard of L’Aura de Cambon is planted to 50% Cabernet Sauvignon and 50% Merlot. Located in the middle of the Cantenac sector, the vineyard is only .5 hectares, making it the smallest vineyard in the Margaux appellation. The terroir is mostly gravel with clay soil. The vineyard is planted to a vine density of 8,000 vines per hectare.

All the work in the cellar for L’Aura de Cambon takes place by gravity. The wine is aged on its lees for 12 to 15 months in 100% new, French oak barrels. Not much wine is produced here as the production is quite small. The debut vintage for L’Aura de Cambon is the 2006 vintage. Less than 500 cases are produced per year.

Chateau L’Aura de Cambon can be enjoyed on the young side with decanting. Young vintages can be decanted for an average of 1-2 hours, give or take. This allows the wine to soften and open its perfume. Older vintages might need very little decanting, just enough to remove the sediment.

Chateau L’Aura de Cambon is usually better with at least 5-8 years of bottle age. Of course, that can vary slightly, depending on the vintage character. Chateau Pibran offers its best drinking and should reach peak maturity between 10-20 years of age after the vintage.

Jean-Pierre Marie, the owner of the winery also owns Chateau Cambon la Pelouse in the Haut Medoc appellation along with another Haut-Medoc estate, Trois Moulins.

L’Aura de Cambon is a round, opulent, ripe, modern style of wine from the Margaux appellation that can age but also drink well young.