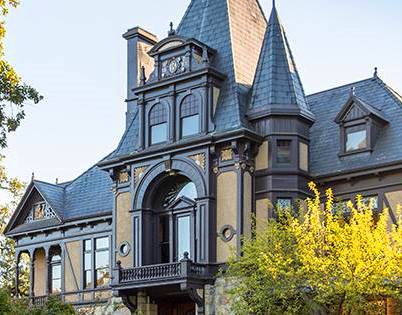 Beringer is one of the true, original, Napa Valley vineyards. The vineyards were purchased in 1875, and they released their first vintage in 1876. Created and founded by Jacob Beringer and hdi brother, Frederick Beringer, the history of Beringer certainly dovetails that of the Napa Valley wine region.

Originally known as the Los Hermanos winery, the estate was the dream of two brothers that emigrated to America from Mainz, Germany. The Beringer’s learned how to make wine in Germany, before moving to New York. Jacob Beringer arrived in Napa Valley and took a job with Charles Krug until 1878, where he learned more about the wine trade. By that point in time, he had saved enough money to purchase 200 acres of land from William Daenger. That initial purchase became what we know of today as the Beringer Winery. The vines were located in 2 sections, both of which are close to Spring Mountain, and higher up on the mountain, as well as in the northern end of what we know of as St. Helena. 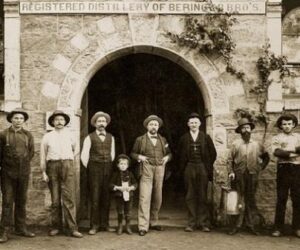 Jacob Beringer set about constructing the 3 story, stone house that you still see on the property today. Frederic Beringer joined his brother in St. Helena in 1884. At first, Beringer was planted with Chasselas, Riesling and Zinfandel. Beringer was a larger property, able to produce a sizable amount of wine. To give you an idea, the first several vintages were about 15,000 cases, which quickly grew to over 40,000 cases of wine!

Like most wineries in Napa Valley, Beringer found it close to impossible to survive during prohibition. They barely managed by selling wine for Religious purposes and cakes of dried grape pumice, which could be reconstituted with the addition of water. Following prohibition, Beringer reopened in 1933.

The next major expansion by the Beringer family did not take place until the 1960’s, when they purchased a large parcel of land in Knights Valley. The winery remained in the hands of the Beringer family until 1969, when they sold it to Nestles. At the time of the sale, Beringer had managed to increased their holdings to over 600 acres of vines
The sale to Nestles turned out to be good for Beringer, as from that point forward, they invested a lot of time and capitol to make the bests possible. Beringer introduced a Reserve wine in 1977.

Within a few years, they added several, vineyard designated wines including Bancroft Ranch, Chabot and State Lane to their portfolio. In several vintages, the wines were quite good, especially the Private Reserve. The initial vintages of the Beringer Private Reserve were produced from vines planted in the Lemmon vineyard. That vineyard was later renamed Chabot. This was a fabulous site for cultivating grape vines. To give you an idea about how good these wines are, in very comprehensive tastings of 1994, 1995, 1996 and 1997, of the top 50 wines of the vintages, Beringer Private Reserve always scored in the top 10!

The new owners also managed to expand the holdings and 2 decades later, they owned close to 3,000 acres of vines.

Beringer produces a vast array of wines today. But the clear star of their massive portfolio of wines is the Beringer Private Reserve Cabernet Sauvignon. This is followed by several, vineyard designated wines including from:

In addition to the single vineyard wines, they produce a plethora of wines from a truly, diverse array of grapes, that in some way, could resemble what may have been planted in the vineyards when they were first cultivated: Pinot Noir, Merlot, Cabernet Franc, Chardonnay, Sauvignon Blanc, Pinot Grigio, Chenin Blanc, Moscato, Red Zinfandel and White Zinfandel.

Even though Nestles is the owner of Beringer Vineyards, there is still a descendant of the original Beringer brothers at the property. Mark Beringer, the wine maker is the great, great, grandson of Jacob Beringer.

The white wine of Beringer is best served with all types of seafood and shellfish, sushi, sashimi, chicken, veal, pork and cheese.