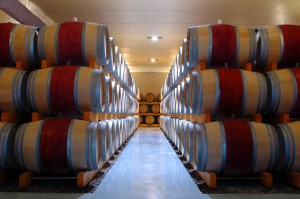 Learn everything about Chateau Cambon La Pelouse Haut Medoc, with wine tasting notes and wine with food pairing tips. Learn the best vintages, a history of the property, information on the vineyards and winemaking. If you want to read about other important, Bordeaux Chateaux: Links to all Bordeaux Wine Producer Profiles

The vineyard takes its name from its early days when the owner planted his entire property, including what was his lawn and garden. Pelouse is translated into the lawn from French.

However, the true modern era begins when the property was purchased by Jean Pierre Marie, who added the small production wine, LAura de Cambon from vines planted in the Margaux appellation to his portfolio a decade later, in 2006.

Claude Gros was the initial consultant for the vineyard management and the winemaking at L’Aura de Cambon. That changed in 2013 when the new owners brought in the noted consultant Hubert de Bouard of Chateau Angelus to act as their consultant, in the vineyards and the cellars.

Chateau Cambon La Pelouse was sold during the summer of 2019 to the massive wine conglomerate, Treasury Wine Estates which owns various vineyards in Australia, most prominently Penfolds. They also own established brands in Napa Valley including Beringer and Beaulieu along with Chateau St. Jean. In November 2021, Treasury Wine Estate added to its holdings in Bordeaux with the purchase of Chateau de Gironville in the Haut-Medoc appellation and Chateau Bolaire, Bordeaux Superieur. In 2022 Treasury estates bought Chateau Lanessan, which is located further north in the Haut Medoc appellation.

The vineyard is well placed in the commune of Macau, not far from Chateau Cantemerle and Chateau Giscours close to the southern tip of the appellation. On average, the vines are 25 years of age. The vines are young because the majority of the vineyard was replanted in 1975.

The vineyard needed replanting because after it was decimated in the frost of 1956, the vineyard was abandoned, as it was too costly to replant for the owners at the time. It remained fallow until it was purchased by Jean Pierre Marie.

In some vintages, Chateau Cambon La Pelouse uses one of the highest portions of Merlot in the Left Bank. For example, in 2001, the wine was produced using 60% Merlot in the blend.

To produce the wine of Chateau Cambon La Pelouse, most of the grapes are machine harvested. Following a five to seven-day period of cold soaking at an average temperature of 6 degrees Celsius, the wine is fermented in temperature-controlled, stainless steel vats that range in size from 88 hectoliters up to 200 hectoliters.

Recent renovations added enough steel tanks to allow for vinification on a parcel by parcel basis. Malolactic fermentation takes place in a combination of French oak barrels and stainless steel vats. The wine that endures malolactic fermentation in the barrel is aged on its lees for six months. Cambon La Pelouse is aged in between 40% and 50% new, French oak barrels for an average of 20 months.

On average, Chateau Cambon La Pelouse produces close to 15,000 cases of wine per vintage. There is a second wine, previously known as Chateau Trois Moulins, which often contains as much as 40% Cabernet Franc in the blend. The wine is now sold under the much more fun name of Monsieur de Cambon.

Chateau Cambon La Pelouse needs some time before it can be enjoyed. Young vintages can be decanted for an average of 1-2 hours, give or take. This allows the wine to soften and open its perfume. Older vintages might need very little decanting, just enough to remove the sediment.