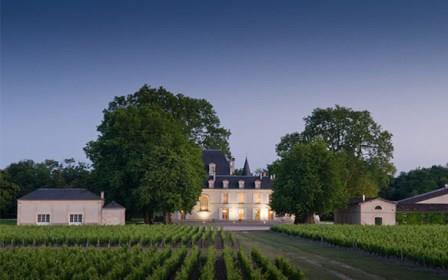 Learn everything about Chateau Cantemerle Haut Medoc, Fifth Growth, producer with wine tasting notes, and wine with food pairing tips. Learn all the best vintages, a history of the property, information on the vineyards, and winemaking. If you want to read about other important, Bordeaux Chateaux: Links to all Bordeaux Wine Producer Profiles

Chateau Cantemerle is the second of the first well-known Bordeaux estates you see as start the drive along the D2, as you head towards the Medoc, just after Chateau La Lagune. Chateau Cantemerle is also one of the oldest properties in the Bordeaux wine region. Historical documents listing the Lords of Cantemerle of La Sauve Majeur Abbey, can be dated all the way back to the 12th century.

The documents exist thanks to the monks who recorded any business that transpired in the monastic community. The estate took its name from the Lords of Cantemerle. Although it did not begin to go under that name until 1340 when Ponset de Cantemerle changed the name of the estate.

Ponset de Cantemerle was the first person to cultivate the vineyards. This was a big step because, in those days, most of the land was used for planting wheat. By the 16th century, Chateau Cantemerle was devoted to the production of wine.

In 1845, Pierre Chadeuil, the new owner of Chateau Pibran, a neighboring vineyard Pauillac, began to label his wines Chadeuil Cantemerle Chateau Pibran. He stated Cantemerle had been associated not only with the private estate of the Villeneuve family but also with all the lands surrounding it in the Left Bank.

Because of that, he was fully justified in incorporating Cantemerle into the name of his Bordeaux wine. The logic was, it represented a region of origin and not a family name. However, the owner of Cantemerle, Madame Villeneuve-Durfort did not agree.

Producing documents from the 1570s, when the Villeneuve family had acquired the estate, she proved that Chadeuil’s claims were false and that Chadeuil was forced to pay damages and for the cost of the trial. He was also forced to change the name of his wine. It is a good thing that Madame Villeneuve-Durfort was a feisty owner.

The short version is that until 1853, she sold all her own wine. So 1854 was the first vintage offered for sale by Negociants. She demanded they include Cantemerle in the classification, bringing 40 years of books proving her wine sold for as much, or more money than the other 1855 Fifth Growths!

That re-addition to the classification became the first of only two major changes in the classification. If the name Durfort seems familiar, that is because they also owned Chateau Durfort Vivens in the Margaux appellation.

Until the late 1800s, the fortunes of Chateau Cantemerle could not have been any better. What happened next devastated the property. Cantemerle was not only the worst hit of all the Medoc classified growths during the phylloxera crisis, but the vines were subsequently attacked by downy mildew between 1879 and 1887.

Consequently, the annual production of Chateau Cantemerle was slashed by over 50%, as many of the vines were dead and the vineyard needed replanting.

Other improvements were made in the cellars and the winemaking facilities. The SMABTP Group has continued increasing their holdings in Bordeaux with purchases in the Right Bank too. They recently added Chateau Haut Corbin, Chateau Grand Corbin, and Chateau Le Jurat, which are all located in the St. Emilion appellation.

Plans for a complete renovation of their cellars are currently being created. 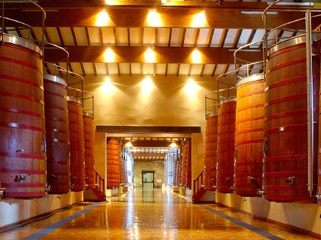 The huge 108-hectare vineyard of Cantemerle has 92 hectares under vine, planted to 60% Cabernet Sauvignon, 30% Merlot, 6% Cabernet Franc and 4% Petit Verdot. There have been two shifts most recently in the vineyards. The amount of Cabernet Sauvignon has been increased, while the Merlot has been decreased by 5% each.

However, that is not the most drastic change to their vineyards. Until the late 1980s, the vineyards of Chateau Cantemerle were planted with 24% Cabernet Franc! It was on the advice of Philippe Dambrine, the managing director of the estate until 2013, that the Cabernet Franc be reduced.

The terroir is mostly sand and gravel soils. The vineyard can be divided into 3 sections. Close to the chateau, you find soils with pebbles, small rocks, and dark, or black sand. To the east, close to the water tower, you find larger stones and gravel with sand.

As you head south, on the way to the city of Bordeaux, there you find more small rocks with white sand. All 4 grape varieties are planted in each vineyard. You can further subdivide this into 56 separate parcels. The estate’s best terroir is located close to the chateau, in the northwest direction where you find Cabernet Sauvignon. Most of their vines are in 2 communes, Macau and Ludon-Medoc.

To produce the wine of Chateau Cantemerle, vinification takes place in a combination of 24 conical, shaped wood vats, 10 stainless steel tanks, and 7 cement vats. The tanks vary in size from 100 hectoliters to 180 hectoliters for the wood vats, the cement and steel tanks are larger.

Malolactic fermentation takes place in vat. The young vines are always vinified in stainless steel vats. The wine is aged in 40% to 50% new French oak barrels for between 12 to 16 months, depending on the vintage. There is a second wine, Les Allees de Cantemerle. The average annual production of Chateau Cantemerle is about 25,000 cases per year.

Chateau Cantemerle is a medium-bodied, light, fresh, elegantly styled, charming Bordeaux wine that drinks well young and is usually best enjoyed during the first two decades of life, even in the best vintages. Cantemerle remains one of the top values among the Classified Growths. It’s an estate you can count on to produce elegant, character-driven wines at a fair price.

Chateau Cantemerle needs some time before it can be enjoyed. Young vintages can be decanted for an average of 1-3 hours, give or take. This allows the wine to soften and open its perfume. Older vintages might need very little decanting, just enough to remove the sediment.