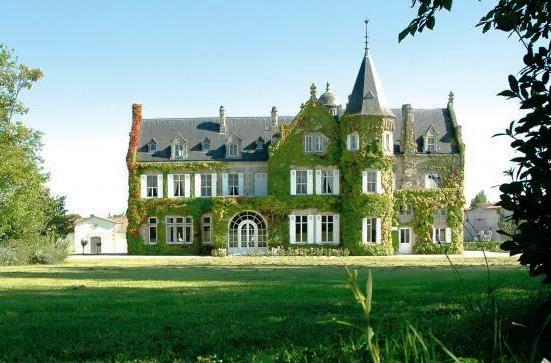 Learn everything about Chateau Lascombes Margaux Second Growth with wine tasting notes and wine with food pairing tips. Learn the best vintages, the history of the property, and information on the vineyards and winemaking. If you want to read about other important, Bordeaux Chateaux: Links to all Bordeaux Wine Producer Profiles

In the late 1700’s, Comte Jean-Jules Theophile Chaix-d’Est-Ange, the owner of Lascombes purchased Chateau Marquis dAlesme. He wanted to combine both Margaux vineyards to create one large Medoc property. At one point in time, the original chateau at Marquis d’Alesme was used as a business office for Chateau Lascombes.

The estate was known as Domaine de Lascombes until 1860. Through numerous sales and inheritance issues, Lascombes passed through a myriad of owners, until 1926 when it became part of the Ginestet family holdings. At the time, they were the owners of Chateau Margaux. During the later stages of World War II, Lascombes was used by Allied forces as an army headquarters.

In 1952, Chateau Lascombes was purchased by a group of investors headed by Alexis Lichine. The group included the wealthy American David Rockefeller. By the 1950’s Chateau Lascombes had suffered from close to complete neglect. The vineyards needed extensive replanting, the chateau required refurbishing and the entire wine-making facilities demanded modernizing.

Under Alexis Lichine, the production of Lascombes almost tripled before selling the estate. In 1971 the company was taken over by the British brewing company Bass Charrington. This brought the Alexis Lichine era in Bordeaux to an end.

Following the acquisition by the Bass Group, which also owned Chateau Latour in Pauillac, Bordeaux winemaker Rene Vanatelle was brought on board. Rene Vanatelle determined that only 50 hectares of their planted acreage were able to produce wines of Second Growth quality.

The lesser quality terroir was from that point forward used to produce their second wine, Segonnes. Rene Vanatelle however, continued expanding the main vineyard, buying more land from another chateau. In 1997, prior to his retirement, Rene Vanatelle introduced a new second wine, Chevalier de Lascombes in 1982. 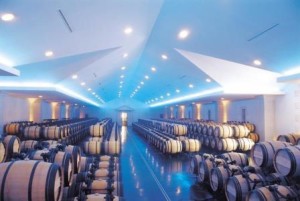 In 2001, Lascombes was purchased for $67 million by the American-based Colony Capital group. The new owners invested heavily in modernizing the Left Bank estate of Chateau Lascombes, which had been considered an underperformer in relation to its classification.

The company reportedly spent an additional $47 million on renovations to the entire estate that included major replanting of the vineyards as well as the construction of a completely new winemaking facility that included a four-level, gravity-fed vat room and new barrel aging cellars.

Combined with all these improvements, Colony Capital brought in three, heat hitters to improve the wine at Chateau Lascombes, Michel Rolland, Dr. Alain Raynaud and Yves Vatelot of Chateau Reignac all worked together for a time. Eventually, Michel Rolland was left in charge as the sole consultant.

Colony Capitol offered the property for sale in 2007. In 2008, it was reported that Lascombes had rented vineyards belonging to Chateau Martinens, a former Cru Bourgeois, which had 28 hectares (69 acres) of vineyards within AOC Margaux plus 25 hectares of vines planted in the Haut Medoc appellation.

After being on the market for close to 4 years, on July 9, 2011, Chateau Lascombes, Margaux sold for almost $300,000,000! The purchaser, La Mutuelle, “MACSF” (Mutuelle d assurance des services de sante francais) an insurance company is the largest insurer of health professionals like doctors, nurses and others working in France.

As you would expect, with a vineyard that large, the quality of the terroir can vary, depending on the parcel. Their vines are scattered around the appellation with parcels in Cantenac, Margaux and Soussans. Their best vines are well placed on gravel hillside terroir that reaches up to 20 meters in elevation at its peak.

On average, the vines are 35 years of age. The vine density of the vineyard varies from 8,000 to 10,000 vines per hectare. The terroir is gravel, clay, sand, and limestone soils which are laid over sandstone and clay with iron deposits.

To produce the wine Chateau Lascombes, vinification takes place in a combination of wood and stainless steel vats. Over the past few years, the amount of new oak used to age the wine has been fortunately reduced. The wine is aged in an average of 80% new French oak barrels for 18 months. There is a second wine, Chevalier de Lascombes.

The production is large here. The estate can produce up to 50,000 cases of wine per vintage, split between the first and second wines.

There is also a third wine, which made its debut in 2007, that is produced from 25 hectares of vines located just outside Margaux in the Haut Medoc appellation. The third wine is sold under the name of Le Haut-Medoc de Lascombes. 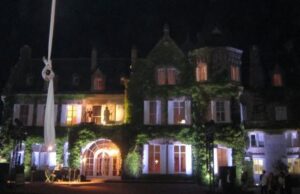 The wine made here today is a major step up in quality from what the Chateau released in the early ’90s, ’80s, and ’70s, etc. However, this is perhaps the most modern-styled wine of Margaux being produced by any chateau today. It’s rich, fleshy, ripe, occasionally jammy and in some vintage, the wine can show too much oak when tasted young.

With time, all those elements should come together and turn this into an outstanding Bordeaux wine. But some vintages have maintained an overly, oaky personality. The wine is considered controversial because while it has garnered high, scores from Robert Parker, many tasters and consumers have not agreed, due to the oaky character, calling the wine quite modern in style.

Chateau Lascombes can be enjoyed on the young side with decanting, due to its round forward style. Young vintages can be decanted for an average of 2-3 hours, give or take. This allows the wine to soften and open its perfume. Older vintages might need very little decanting, just enough to remove the sediment.