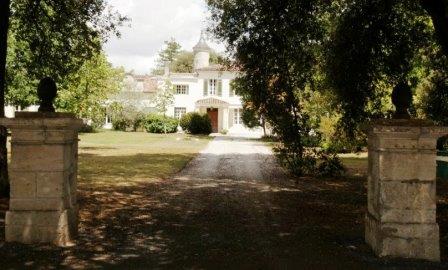 Learn everything about Chateau Monbrison, Margaux with wine tasting notes, and wine with food pairing tips. Learn the best vintages, a history of the property, information on the vineyards, and winemaking. If you want to read about other important, Bordeaux Chateaux: Links to all Bordeaux Wine Producer Profiles

In 1821 the property was purchased by Paul Georges de Conquere de Monbrison, which is where the estate took its name from. The charming, French, country-styled farmhouse predates the estate as a vineyard as it was built in the 17th century.

Chateau Monbrison was purchased by an American, Robert Davies in 1921. Robert Davies married into the Johnston family, of the well-known, Nathaniel Johnston negociants in Bordeaux who were also owners of various vineyards, including Chateau Ducru Beaucaillou over the years.

Robert Davies replanted the entire vineyard in 1939. The vineyard was replanted a second time in 1963. Chateau Monbrison has endured up and down periods over the centuries.

If you are wondering why you never find older vintages of Monbrison, there is a reason. As you have already read, the entire vineyard was removed and replanted in 1939. From 1939-1963, the vines were leased to various negociants and chateaux, most notably Chateau Prieure-Lichine. Starting in 1964, the property began bottling and selling some of its production, waiting for the remaining leasing contracts to expire. 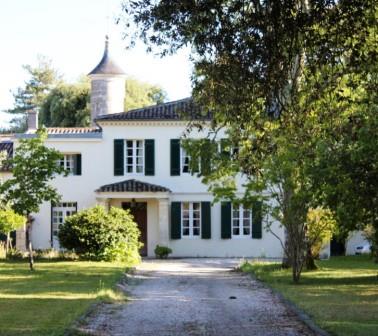 The 15.5 hectare Margaux vineyard of Chateau Monbrison is planted to 60% Cabernet Sauvignon, 20% Merlot, 15% Cabernet Franc and 5% Petit Verdot. This shows an increase in Cabernet Sauvignon and decreases in Merlot over the years. The terroir is sand and gravel-based soils.

The vines are on average 40 years of age. But Monbrison has old vines, many of which were planted in 1963 when the majority of the vineyard was replanted. Their best parcels are located close to the chateau in Arsac.

While the vineyard holdings of Chateau Monbrison are large at 21 hectares, it’s important to note that only 15.5 hectares are situated in the Margaux appellation.

In 2012 Chateau Monbrison completed a full renovation of their vat room and barrel aging cellars. Part of the modernization allowed for Chateau Monbrison to add more smaller-sized, stainless steel, fermentation vats for better vinification abilities. This allowed them to do more parcel by parcel vinification.

To produce the wine of Chateau Monbrison, vinification takes place in traditional, temperature-controlled, stainless steel vats. Malolactic fermentation takes place in vat. The wine is aged in an average of 40% to 50% new, French oak barrels for about of 18 months.

There is a second wine, Bouquet de Monbrison. The estate makes a third Margaux wine, Chateau Cordet. In addition, they also produce wine from vines they own in the neighboring Haut Medoc appellation, Haut Medoc de Monbrison. On average, the annual production of Chateau Monbrison is close to 6,000 cases of wine per year.

Chateau Monbrison can be enjoyed on the young side with decanting. Young vintages can be decanted for an average of 1-2 hours, give or take. This allows the wine to soften and open its perfume. Older vintages might need very little decanting, just enough to remove the sediment.