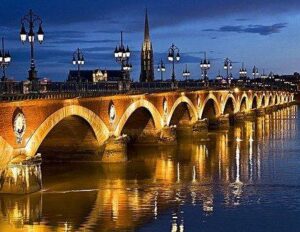 The official guide to the Medoc covers the best Bordeaux Wine from Margaux St. Julien Pauillac St. Estephe and the Haut Medoc appellations. This page offers complete profiles on all the best vineyards, wines, and wineries in the Medoc with histories, wine tasting notes, images, and buying guides with wine and food pairing tips.

In total, there are eight different, major appellations of communes located in the Left Bank of Bordeaux, which is referred to as the Medoc. The Medoc is the home to all but one of the official 1855 Classified Bordeaux wines. The Medoc is also where you find all the Bordeaux wines classified as Cru Bourgeois.

While the Medoc has been populated since Roman times, the area did not become what wine lovers in numerous countries consider the world’s epicenter for fine wine until the start of the 18th century. It was at that point that the majority of the land in the Medoc switched to the cultivation of grapes for the production of Bordeaux wine. Prior to that, much of the land was used for other agricultural products, hunting grounds, and vacation escapes for the wealthy.

With natural drainage, access to water from the Atlantic ocean and the Gironde, gentle slopes, and its unique variety of gravel, stones, sand, limestone, and clay soils in its terroir, coupled with its moderate climate, the Medoc was perfect for the production of Bordeaux wine. For a deeper understanding of the terroir in Bordeaux; Bordeaux Terroir and Soil

The most popular grape used for Bordeaux wine from the Medoc is Cabernet Sauvignon, followed by Merlot, Cabernet Franc, Petit Verdot, Malbec, and Carmenere. Only red wine is produced in the Medoc. However, there are some estates in the Medoc that also make dry, white Bordeaux wine. Those wines are sold as generic AOC Bordeaux.

The Medoc is a massive, long, peninsula-shaped region that starts at its southern tip just outside the city of Bordeaux, going past the Pointe de Grave in the far north, and finishing when it meets the Atlantic ocean. This is important because that is where the original name of the region comes from. Loosely translated, the Med means in the middle of, and the OC means oceans or bodies of water. The Medoc is situated between the Atlantic Ocean and the Gironde river.

At its southern tip, outside the city of Bordeaux, you have the beginnings of the Haut Medoc. Next, you’ll find the commune of Margaux. As you continue to travel north, the Medoc includes the famous appellations of Saint Julien, Pauillac, and Saint Estephe in the far north.

The Medoc as we mentioned earlier, also includes the Haut Medoc, which contains the Moulis, Listrac, and Medoc appellations. In total, there are give or take 13,727 hectares planted with vines in the Medoc. Looking on a map, the Medoc starts just north of the city of Bordeaux and extends north, past St. Estephe to the Le Verdon port.

The Medoc is not completely populated with vines. A large portion of the area known as the Landes du Medoc, which takes up much of the western half of the area, coupled with the far north of the region is devoted to verdant landscapes, trees, and forests. These natural land conditions, along with the influence of the Atlantic ocean and various rivers help create the vital environment needed for the vineyards in the Medoc.

With the exception of Chateau Haut Brion, the Medoc is where you will find all the First Growth Bordeaux, as well as all the other 1855 Classified Bordeaux wines and more than 200 wines classified as Cru Bourgeois. Most of the Cru Bourgeois estates are located in Haut Medoc, but others are situated from St. Estephe to Margaux as well. You can also find more than 40 chateaux classed as Artisan Crus, cooperatives and a countless array of small, unknown growers in the Medoc. 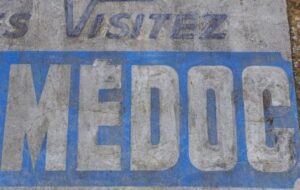 Adding more confusion than clarity, the Medoc is both a commune, with only a few wines and vineyards of repute, located to the north of the St. Estephe appellation and the large area of the Left Bank we previously referenced! If that’s not enough, to make things even more difficult for the moment, the Medoc is completely different and not to be confused with the area located north of St. Estephe, known as the Bas Medoc.

In that northern extremity of Bordeaux, you find some of the coolest, as well as some of the windiest terroirs in Bordeaux, making it difficult for growers in many years to produce wines from ripe grapes. The topography of the Medoc appellation is quite flat, as much of the region is not much more than 1 meter above sea level.

This is another hindrance for growers in the region, making it difficult for the grapes to fully ripen, especially in wet vintages.

Bas Medoc is a term that is seldom used these days. Today, the wines from Bas Medoc are listed simply as Medoc on the label. This can be a little difficult to follow for most consumers. Bas Medoc is an archaic term that ceased to exist at some point in the 1940s when the chateaux petitioned for a change saying the term Bas Medoc placed them at a commercial disadvantage.

Today, the wines from Bas Medoc are noted by the Medoc appellation on the label. The Medoc appellation is a large area that produces almost 5% of all the red wine made in Bordeaux each year. This area was not always known as the Medoc or even the Bas Medoc. In fact, at one point in time, in the distant past, the region was known as Little Holland, due to the influence of the Dutch in developing the land and draining the swamps, making it possible to cultivate vineyards in the area.

Several of the most famous chateau sponsor teams of runners. The estates vary as some chateau take the race and winning seriously, bringing in outside runners to compete. Other chateaux prefer adding color to the race with costumes and wine and some properties prefer running teams with only people from Bordeaux. While some runners at the top end take the race seriously, others stop for refreshments and of course, Bordeaux wine along the way.

Bordeaux Wine Producing Chateaux in the Medoc listed in the geographical order from north to south.