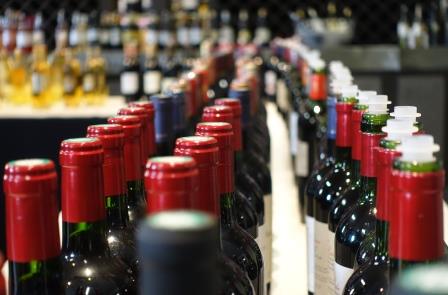 It’s that time once again for the UGCB,2017 UGC tour of North America is about to begin. for the 2017 schedule, the UGC will presenting the 2014 Bordeaux vintage in bottle. 2014 is a contender for the best year since 2010, especially for wines from the Left Bank. And, the wines have barely moved in price. This is important to note because 2015 is a more expensive vintage and while the wines have not yet been priced, I am willing to take bets that the 2016 vintage will be even more expensive than the 2015. This makes 2014 an interesting year for consumers. There are several wines this year that you will want to pay attention to. While the wines of the Medoc are in my view, are overall the better wines, there are also several chateaux that made outstanding wines from the Right Bank as well. And not forget to taste the dry white Bordeaux wines and the sweet wines too, as several estates made very strong efforts there as well.

You can read about the 2014 vintage with our ratings and reviews here:

The UGC, (The Union of Grand Crus Bordeaux) is the best wine trade group in the world with about 135 chateaux active members from every appellation in Bordeaux. Fortunately for American consumers, the first tour of the year always kicks off in North America every January. It’s good for the Bordelais as well as this provides with the excuse, or chance, depending on their point of view to escape the bitter cold, snowy, January weather Bordeaux and enjoy some warmth and sunshine, depending on where they visit. This year, a visit to warmer climates is more than welcome as it has been a cold, snowy January in Bordeaux.

The 2017 UGC tour of North America begins January 20 in Miami, Florida. From there, January 22 is in Philadelphia, moving to New York, January 23, Toronto Canada, January 24, Chicago, January 25, Los Angeles 26 and wrapping this up, January 27 in San Francisco.

Keep in mind that some of these events are only open to members of the trade. Other 2017 UGC Bordeaux tastings are open to the general public. Also, not all members of the UGC will be presenting their wines at every venue. You will need to contact the host of each event for further details. For qualified members of the trade, please contact Balzac Communications for details.

This is the list of cities the UGC will visit in the United States and Canada in January, 2017.

January 20, Miami, Florida – Biltmore Hotel. Tickets are available from Total Wine at a cost starting at $150 per person. There is also a trade tasting earlier in the day at the Biltmore Hotel.

January 23, New York – Sotheby’s is hosting the event. Tickets are $95. There is a trade tasting earlier in the day at Ciprani on East 42nd St.

January 26 Los Angeles – The Museum of Flying at Santa Monica Airport – Tickets for the 2015 UGC Bordeaux wine tasting in Los Angeles are available from Wallys You can also call 310-475-0606. Tickets are $69 per person in advance.

January 27 San Francisco – Westin St Francis Hotel. Tickets are available from K&L Wine Merchants. There is a trade tasting at the Westin Hotel earlier that afternoon.