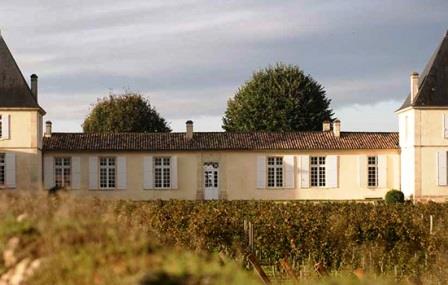 Learn everything about Chateau Climens Sauternes, Premiers Crus with wine tasting notes, and wine with food pairing tips. Learn all the best vintages, a history of the property, information on the vineyards, and winemaking. If you want to read about other important, Bordeaux Chateaux: Links to all Bordeaux Wine Producer Profiles

Chateau Climens today, and over the past decade or two, has become one of the most popular producers of Sauternes wines. Located in the commune of Barsac, Climens is planted on perfect terroir to produce great sweet, Bordeaux wine.

The terroir with its soggy, damp, morning weather and a massive amount of limestone is exactly how the estate got its name. In fact, when Climens is translated from the local dialect, the definition means, infertile, poor land.

Chateau Climens has a long history in the Bordeaux wine region. It dates all the way back to back to 1547.

Skipping ahead a few centuries to the 1855 Classification, not only was Climens given a status that was only bested by Chateau d’Yquem, that same year, the estate was purchased that same year by Henri Gounouilhou.

Starting in 1992, Climens has been managed by his daughter Berenice Lurton, who was only 22 years old at the time.

The 30 hectare Barsac vineyard of Chateau Climens is planted to 100% Semillon grapes. On average, the vines are 35 years of age. At one time, there was a minor amount of Muscadelle planted in the vineyard. However, after the Lurton family purchased the estate in 1972, those vines were removed and replaced with Semillon.

The terroir is extremely chalky and filled with limestone, sand, and clay soils on the Barsac plateau. This is a perfect fit for the Semillon grape.

Even though the vineyard is one large block on the peak of the plateau of Barsac, it can be divided into 4 large blocks and then subdivided into 25 separate parcels.

The vineyard is adjacent to the chateau on gently sloping hillsides that rise up to 18 meters at its peak. The vineyard is planted to a vine density of 6,600 vines per hectare. Starting in 2010, Chateau Climens began to use biodynamic farming techniques. The following year, they were 100% biodynamic.

Chateau Climens 2014 is the first vintage they officially certified for being biodynamic. The property has been certified by EcoCert.

One of the more interesting practices used by Chateau Climens is the use of organic herbal teas in the vineyard. The teas are used to help fight potential diseases in the vines. Some of the teas used could range from Chamomile, Horsetail, Willow Tree, Cypress, and Juniper Berry. 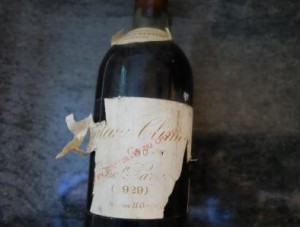 To produce the wine of Chateau Climens, vinification takes place in French oak barrels at 27 degrees Celsius for between 2 to 3 weeks. Once the wine reaches the desired degree of alcohol, the fermentation temperature is rapidly dropped to about 3 degrees Celsius. The decrease in temperature halts the fermentation and retains the high sugar levels.

The wine is aged on average in 35% to 45% new, French oak barrels for close to 20 to 24 months. The amount of new oak barrels depends on the character and quality of the vintage. Chateau Climens is one of the few Bordeaux wine producers to make a non-blended wine.

Asphodele is produced in conjunction with Pascal Jolivet of Sancerre. Asphodele is made from 100% Semillon and is fermented and aged in stainless steel tanks and aged on its lees for 8 months before bottling. Production is limited to an average of 3,000 cases per vintage.

Chateau Climens is one of the few Barsac estates to have declassified entire harvests when the grapes were not up to their high standards. Most recently, no wine was made in 1993, 1992, 1987, and 1984. Chateau Climens has some of the lowest yields in Sauternes and Barsac. After sorting and blending, the effective yield can be as low as 7 hectoliters per hectare.

Chateau Climens is one of the top Sauternes, Barsac Bordeaux wine properties. The wine of Chateau Climens shows honeyed tropical notes, with floral, vanilla, and spice aromatics. While it’s sweet, there is ample acidity to give it lift. Acidity is a key component in a sweet white.

Without it, the wine feels tired or flabby in your mouth. Chateau Climens has the ability to age and develop for decades. A recently tasted bottle of 1949 Climens bears this out.

Chateau Climens can be enjoyed on the young side with no decanting. In fact, it is delicious and quite a treat young, even on release! However, like all great wines, Chateau Climens is much better with age and does not reach full maturity until it’s between 15-40 years of age, or in some years, perhaps even longer in the best vintages!

That is when the wine starts to show all its complexities and secondary nuances. But that is unrealistic for 99% of the world’s wine drinkers. So, enjoy it on any special occasion that calls for it.

Of course, the wine is sweet, but there is so much, incredible, racy acidity, the wine always feels fresh, and never cloying, which makes it quite fun to enjoy young. With Chateau Climens and frankly, all Sauternes, the temperature is more important than decanting.

Chateau Climens is best served at 14 degrees Celsius, 57 degrees Fahrenheit. The cool, almost cellar temperature gives the wine more freshness and lift. The wine will naturally warm in the glass, while it develops more aromatic complexities and fleshes out.

Chateau Climens can be served with seafood dishes, especially shellfish, lobster, crab, and oysters on the half shell. Foie gras is a perfect pairing with its natural sweet, salty and savory characteristics.

Chateau Climens can also be paired with roasted chicken, veal, and pork dishes that are either spicy or prepared with a touch of sweetness. Spicy Asian cuisine, raw fish, like sushi or sashimi, and cheese, both hard and soft also make great pairings with Chateau Climens.