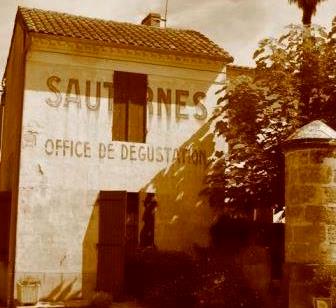 The 1855 Official Classification of SAUTERNES – BARSAC

The classification of Sauternes and Barsac took place in 1855, at the same time the wines of the Medoc were classified. However, while the red wines from the Medoc were classes into 5 levels, the sweet white Bordeaux wines were classed into only three levels, Premier Cru Supérieur, which was reserved solely for Chateau d’Yquem, Premier Cru, which is essentially a First Growth and Deuxièmes Crus, which are Second Growth wines.

That was the key component for the criteria and standard used for the 1855 classification of the red Bordeaux wines. However, there was one distinct difference.

While the red Bordeaux wines were classified at five different levels, in the official 1855 Sauternes Classification, Sauternes and Barsac were given only two categories, Premiers Crus and Deuxiemes Crus, along with Premier Cru Supérieur, a special ranking reserved for Chateau d’Yquem.

Since its birth, Chateau d’Yquem continues to remain in a class that is above all other Bordeaux wines. To many people, this includes the red Bordeaux wines as well! The lowest level of wine able to use the term Sauternes is Haut Sauternes, a term which is most often used to identify negociant wines.

Think about it. For Bordeaux, it always makes for a fun and interesting discussion on which is the best of an appellation. Even among the First Growths, people do not agree which estate makes the best wine. But even among the wine makers and chateau owners that produce Sauternes, there is no argument.

It is universally agreed that the finest wine comes from Chateau d’Yquem. Sauternes is the world’s only important wine region where one single wine is considered without peer. By its special ranking, that was correctly noted in the official Sauternes Classification of 1855.

The more things change, the more they stay the same. Clearly some of the Classified Sauternes and Barsac wines have fallen from favor. But Chateau d’Yquem remains at the top, without equal.

When looking back at the 1855 Classification, many of the chateau merit their coveted status. There are over performers like Chateau Pontet Canet, that should a new classification ever take place, clearly deserve an upgrade. Other estates should be demoted or even removed from classified status. But by and large, the 1855 classification continues for the most part, to stand the test of time. That is for the red wines of Bordeaux.

Should a reclassification of Sauternes and Barsac ever take place, things would seriously change for classified growths making sweet, white Bordeaux wine. Chateau de Fargues and Chateau Raymond Lafon would both merit First Growth status while other estates would be demoted, or even declassified.

In fact, at least in my view, a large percentage of the region’s classification status would merit changes in their status. That being said, the odds of a new classification taking place to update or change the official, 1855 Sauternes Classification are about as likely as the appellation shifting to the production of red wine!