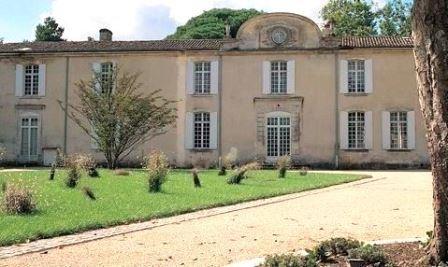 Learn everything about Chateau Bastor Lamontagne Sauternes with wine tasting notes and wine with food pairing tips. Learn about the best vintages, the history of the property, information on the vineyards, and winemaking. If you want to read about other important, Bordeaux Chateaux: Links to all Bordeaux Wine Producer Profiles

At one point in time, the property was owned by Amedee Larrieu, who counted among his vast holdings, Chateau Haut Brion. Chateau Bastor Lamontagne was eventually sold to the Credit Foncier Bank in 1936.

Chateau Bastor Lamontagne, due to the fact that it was not included in the historic 1855 Classification of Sauternes and Barsac has operated in relative obscurity over the past few centuries. However, that might change in the near future.

In July 2014, the chateau was bought by the Cathiard family, who also own Chateau Smith Haut Lafitte in Pessac Leognan and Chateau Beauregard in Pomerol. Chateau Bastor Lamontagne was resold in 2019 to Joseph Helfrich, the owner of Grand Chai de France.

The 46 hectare vineyard of Chateau Bastor Lamontagne is planted to 80% Semillon, 17% Sauvignon Blanc, 2% Sauvignon Gris and 1% Muscadelle. Situated in the commune of Preignac, in Sauternes, the vineyard is located not that far from Chateau Suduiraut, with a large percentage of their vines touching the vineyards of Suduiraut.

The majority of the sizable vineyard is in one large block of vines, which is not always the case in Bordeaux. The terroir is sand, limestone, gravel, and clay soils. On average, the vines are 37 years of age. The vineyard is planted to a vine density of 7,000 vines per hectare.

The estate produces two second wines, Remparts de Bastor and Caprice as well as a dry white Bordeaux wine called B. The production is close to 7,000 cases of Chateau Bastor Lamontagne per year.

From time to time, Chateau Bastor Lamontagne has also produced a small amount of Creme de Tete, which is made from a selection of their best grapes.

However, that wine is no longer made. Instead, the estate makes a special Cuvee from a 2.5-hectare parcel called Cru Bordenave, which is aged in 100% new, French oak barrels from 100% Semillon grapes that comes from their oldest vines.

Chateau Bastor Lamontagne can be enjoyed on the young side with no decanting. In fact, it is delicious and quite a treat young, even on release!

However, like all great wines, Chateau Bastor Lamontagne is much better with age and does not reach full maturity until it’s between 10-25 years of age, or in some years, perhaps even longer in the best vintages! That is when the magic happens! But that is unrealistic for 99% of the world’s wine drinkers. So, enjoy it on any special occasion that calls for it.

Of course, the wine is sweet, but there is so much, incredible, racy acidity, the wine always feels fresh, and never cloying, which makes it quite fun to enjoy young. With Chateau Bastor Lamontagne and frankly, all Sauternes, the temperature is more important than decanting.

Chateau Bastor Lamontagne is best served at 14 degrees Celsius, 57 degrees Fahrenheit. The cool, almost cellar temperature gives the wine more freshness and lift. The wine will naturally warm in the glass, while it develops more aromatic complexities and fleshes out.

Chateau Bastor Lamontagne can be served with seafood dishes, especially shellfish, lobster, crab, and oysters on the half shell. Foie gras is a perfect pairing with its natural sweet, salty and savory characteristics. Chateau Bastor Lamontagne can also be paired with roasted chicken, veal, and pork dishes that are either spicy or prepared with a touch of sweetness. Spicy Asian cuisine, raw fish, like sushi or sashimi, and cheese, both hard and soft also make great pairings.

Bastor Lamontagne has been known for being a light, easy to drink, well-priced Sauternes that offered good value for the money. I’d expect with the Cathiard team fully in charge of the winemaking and vineyard management, Chateau Bastor Lamontagne should start producing better wine in the near future.

One unexpected change was the announcement in 2015 that the Cathiard family, in a partnership with Perrier water, began producing a new, lighter-styled Sauternes, “Bastor Lamontagne SO Sauternes.” SO Sauternes is made with grapes from young vines that have less sweetness, and little botrytis. Vinification takes place in stainless steel vats.

The wine is blended with sparkling Perrier water and is intended to be served as a light, sweet drink, in the hopes of developing new, younger customers to wines from the Sauternes region. The logic is that as sweet white Bordeaux wine has become more difficult to sell over the past several years, this could attract new consumers that are not yet experienced with the enjoyment of tasting sweet, white Bordeaux wine.