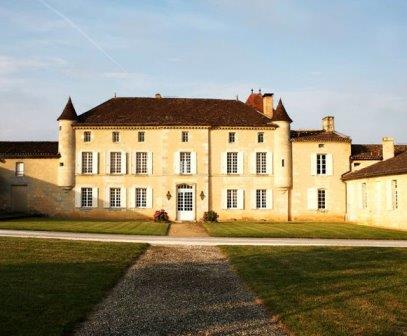 Learn everything about Chateau Grand Mayne St. Emilion with wine tasting notes and wine with food pairing tips. Learn the best vintages, a history of the property and information on the vineyards and winemaking. If you want to read about other important, Bordeaux Chateaux: Links to all Bordeaux Wine Producer Profiles

The name of Chateau Grand Mayne should be taken literally. Mayne comes from the word “manor”, which used to mean a quality home accompanied by a large parcel of land.

In this case, the name perfectly describes the St. Emilion estate of Grand Mayne. The construction of the original Saint Emilion chateau started at the end of the fifteenth century, when it was created by the Laveau family.

The Laveau family can be traced back to Chateau Grand Mayne as early as 1685. Jacques Laveau, was the founder of the St. Emilion estate. At the time it was created, Grand Mayne had 30 hectares under vine.

His son, Jean ended up purchasing, prized parcels of vineyard land from Chateau Soutard for a song from the Combret de Milon family.

This additional purchase allowed Laveau to enlarge the estate of Chateau Grand Mayne to almost 250 hectares. This included 62 hectares of vines on the plateau, the hillside and the foot of the sandy slopes of Saint Emilion.

Today, due to numerous transactions over the years, the Right Bank property is much smaller. Currently, Chateau Grand Mayne is closer to 15 hectares of vines. The Laveau family, who also owned Chateau Soutard ending up selling Grand Mayne in 1893.

The modern era of Chateau Grand Mayne begins in 1934, when Jean Nony, a well known negociant purchased Grand Mayne from the Berbudeau family. The Nony family got their start as negociants during the 1920’s. Jean Pierre Nony, the son of Jean Nony and his wife Marie Françoise Nony managed the estate from 1977 to 2001.

Since the death of her husband Jean Pierre, Marie-Françoise Nony continued managing Chateau Grand Mayne with the help of her two sons, Jean Antoine Nony and Damien Nony. In 2012, Jean Antoine Nony becamse the full-time General Manager of the estate. One of his first decisions was to begin a slow replanting program of the entire vineyard.

The 17 hectare St. Emilion vineyard of Grand Mayne is planted to 78% Merlot, 19% Cabernet Franc and 3% Cabernet Sauvignon. This shows an increase of Cabernet Franc over the past several years. In fact, it is the goal of the estate to continue adding more Cabernet Franc vines until they reach 35% of the vineyard.

On the hillsides, which reach an elevation of 55 meters at its peak, Grand Mayne has vines planted in clay and limestone soils. A portion of these vines border Chateau Beau-Sejour Becot. Further down the hillsides at the base of the slopes and in the flats, you find sand over clay which abuts the vines of Chateau Laroze.

To produce the wine of Chateau Grand Mayne, the vinification takes place in a combination of wood vats and stainless steel tanks. Malolactic fermentation takes place in barrel. The wine is then aged in a range of 70% to 80% new, French oak barrels for an average of 18 months before bottling.

There is a second wine, Filia de Grand Mayne. Previously it was known as Les Plantes du Mayne, making its debut in 1986. The average annual production is close to 6,000 cases of Chateau Grand Mayne per vintage. All the work in the vineyards and cellars is really starting to pay off. You can clearly taste the improvements in the wine, especially starting with the 2015 vintage.

Young vintages can be decanted for 1-2 hours. This allows the wine to soften and open its perfume. Older vintages might need very little decanting, just enough to remove the sediment.