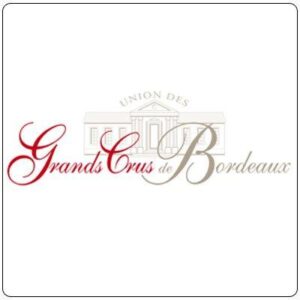 The next UGCB (Union des Grand Cru Bordeaux) North American Tour is almost here! Formed in 1973, the UGC offers consumers and the trade one of the best opportunities to taste as many Bordeaux wines as possible from a specific vintage in a single setting. Officially, the 2013 UGC tour kicks off January 18 in San Francisco. If you’ve heard all the positive reports about the 2010 Bordeaux vintage and you’re interested in an opportunity to taste more than 125 of the top 2010 Bordeaux wines of the vintage, with the chateaux owners and wine makers, this is your chance!

The 2013 UGC is an important event because consumers are going to discover that many 2010 Bordeaux wines are quite stunning. The 2010 vintage is different from the sensuous, hedonistic styles of the 2009 vintage. At their best, the 2010 Bordeaux wines are more structured, fresher and tannic. Many will not be fun to drink young. Before the wines slip into their sleeping stage, this is the perfect time to catch them. When you consider the cost of the wines, 2010 Bordeaux holds the record for being the most expensive vintage in history, not much of these wines were bought by American merchants. That makes the UGCB Bordeaux tastings an important event.

If you have not attended a UGCB tasting before, the 2013 UGC tastings awards guests the opportunity to taste more than 125 different 2010 Bordeaux wines wines, as well as meet and talk with the owners of the chateaux that produce the wine.

We will be at the Los Angeles event and will publish a detailed article on the wines tasted with tasting notes and reviews. If anyone else catches the event in LA, or in any of the other cities, we’d like to hear from you and your notes and comments on the event and on all the wines you tasted as well.

The tastings are a combination of trade and consumer events.

Friday, January 18, 2013 is the date the tour kicks off. The opening tastings are being held in San Francisco with two tastings, one for the trade only, and another tasting that is open to the public. The public tasting is hosted by K & L, which is where you buy tickets. For tickets and information – K & L Wines

Before the tasting  of 2010 Bordeaux wine for the public with the UGC, Wallys is hosting a special charity event with some of the top Bordeaux makers in the UGC. The annual,  charity event benefits the worthy, Horatio Alger Association Scholarship Fund. 100% of  all monies collected are earmarked for the charity. The charity tasting starts at 2pm, ending at 3pm. This also takes place at the

Some of the wines being poured at the charity event are:

Monday, January 21, 2013, There are two events in New York, one for the trade and an event that is open to the public. The tastings are being hosted by Zachys. Tickets are available from Zachys.

Thursday, January 24, 2013, 2013 Washington DC has an event open to the public that is hosted by Pearsons. Tickets are available from Pearsons

Friday, 25, 2013, Toronto, Canada, LCBO is hosting a tasting open to the public. Tickets are available from LCBO

Saturday, January 26, 2013, Montreal, Canada, SAQ is hosting a tasting open to the public. Tickets are available from SAQ

Not all producers will attend every event. This is a list of the 2010 Bordeaux wines being poured by the various Chateaux for the UGC Bordeaux tastings: