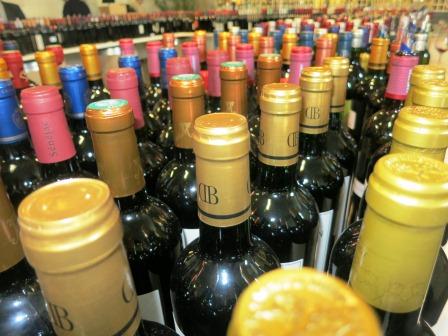 The UGCB, Union Grand Crus Bordeaux returns to North America January 2014 to show the current vintage, 2011. Now that Olivier Bernard of Domaine de Chevalier from Pessac Leognan has assumed the Presidency of the UGCB, the group has extended their touring schedule covering more cities over a longer period of time with their 2014 UGC Bordeaux tastings. For the first time, the UGCB will be in North America for 10 days starting January 16. The group will kick off the tour in Toronto, Canada finishing January 25 in San Francisco.

If you have not attended a UGCB tasting before, the 2014 UGC tastings allows Bordeaux wine lovers the chance to sample over 125 different Bordeaux wines as well as meet and talk with the owners of the chateaux that produce the wines. As a tip for this year, make sure you do not miss sampling the 2011 dry, white Bordeaux wine from Pessac Leognan and the sublime, 2011 sweet white Bordeaux wines from Sauternes and Barsac. These wines are very strong in the 2011 vintage.

This is the list of cities the UGC wll visit in the United States and Canada in January, 2014.

January 16 Toronto Canada – Sponsored by LCBO, the tasting is open to the public. Tickets are available from : LCBO

January 18 Montreal Canada – The SAQ is hosting a tasting which is open to consumers. Tickets are available from: SAQ

January 20 New York – There is a trade tasting at the Waldorf Hotel in the afternoon which is followed by a consumer event held at Espace in the evening. For information on the consumer event, contact Sherry Lehman.

January 24 Los Angeles Hyatt Regency Century Plaza Hotel – A tasting is taking place for members of the trade which is followed by a consumer tasting. Just before the consumer tasting of the 2011 Bordeaux, Wallys is hosting a special charity event featuring some of the top Bordeaux winemakers in the UGC. The annual, charity event benefits the worthy, Horatio Alger Association Scholarship Fund. 100% of all monies collected are earmarked for the charity. The charity tasting begins at 5pm sharp.

Not all members of the UGC will attend every event. This is a list of the 2011 Bordeaux wines being poured by the various Chateaux for the 2014 UGC Bordeaux tastings: