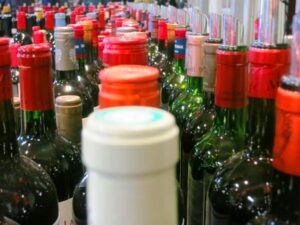 Keep in mind, these wines are for savvy drinkers. They are not for investors. They do not require years or decades in the cellar before they are ready to drink. The vast majority of 2014 Bordeaux value wines are going to deliver pleasure as soon as the wines hit the stores. Most of these petits Bordeaux wines are made in big enough quantities to make them easy for you to find in your local store. And the best part is, they are available for fair prices.

Some of the best deals in petits Bordeaux wines are produced in the Cotes de Bordeaux, satellite appellations, Fronsac, Bordeaux Superieur and a few other assorted regions, which is what our past article on 2014 Bordeaux wine focuses on.

For a detailed overview on the weather, growing season and harvest conditions that shaped the 2014 Bordeaux please read: 2014 Bordeaux Detailed Harvest and Vintage Summary

This is the last of 9 reports on the 2014 Bordeaux vintage. To read 2014 Bordeaux tasting notes from over 400 different producers located in all the various Left Bank and Right Bank appellations:2014 Bordeaux Tasting Notes The following 2014 Bordeaux Value Wines and 2014 Petits Bordeaux Wines were tasted in non-blind conditions at either the chateau, or negociants in Bordeaux.

2014 d’Aiguilhe Blanc – Fresh grapefruit, vanilla bean and lemon chiffon, made in a fresh, sweet, early drinking style. This is the debut vintage for this wine that was produced from 100% Sauvignon Blanc. 87 Pts

2014 d’Aiguilhe Querre – From a blend of 80% Merlot and 20% Cabernet Franc, the wine opens with notes of flowers, black raspberries and coffee bean, with a soft, open, dark chocolate finish that will be approachable young. 85-87

2014 Alcee – Dominated by 95% Merlot, with just 5% Cabernet Franc in the blend, the wine is sweet, medium bodied, fruity and forward and should be best in its youth. 86-88 Pts

2014 Bad Boy – With a boat load of chocolate covered cherries from start to finish, this Merlot dominated wine is forward, round and will be tasty on release. 87-88 Pts

2014 Balthus – Dark in color, with round, fat texture, chocolate covered black raspberries and espresso notes in a forward style. 88-89 Pts

2014 Bolaire – Sweet, lush, fat, juicy, ripe, spicy fruit for a price you can afford and drinkable on release. This unique wine is produced with the highest percentage of Petit Verdot in Bordeaux that takes up 60% of the blend, the remainder consists of 35% Merlot and 5% Cabernet Sauvignon. The wine reached 13.5% alcohol. 88-89 Pts

2014 Bord’Eaux du Clos des Moiselles – Notes of jammy black cherries and licorice, this is an easy to drink, fun quaffer. It’s impossible to find a better wine for under $9. This wine is a Jeffrey Davies Selection Exclusive. 84-86 Pts

2014 du Bouscat La Gargone – Dark in color, powerful aromas of chocolate coated ripe, sweet dark red berries with lots of supple texture and personality. It’s going to be difficult to find a better 2014 Bordeaux for under $20! This wine is a Jeffrey Davies Selection Exclusive. 88-90 Pts

2014 du Bouscat Les Portes de l’Am – When you take 50% Merlot, 25% Malbec and 25% Cabernet Franc from vines that are 36 years of age, low yields of only 19 hectoliters per hectare and micro vinify your wine, you can produce a wine that is dark in color, with layers of fat, sweet, ripe, juicy black fruits and lush textures. This hedonistic treat could get even better in bottle. The wine reached 14.2% alcohol. OK, this is not a wine you marry. But it’s a great one night stand! This wine is a Jeffrey Davies Selection Exclusive. 89-91 Pts

2014 Cap Saint Georges – The debut vintage shows fresh black raspberry and spice on the nose. The wine is soft textured, medium bodied, supple and an early drinking charmer. The wine was produced from 91% Merlot and 9% Cabernet Franc. The wine reached 13.9% alcohol and will be aged in 45% new, French oak barrels. 87-88 Pts

2014 Clarisse – Forward, approachable, soft, generous and sweet, with ripeness to the fruit, dark color and an easy to like finish. The wine was made from a blend of 80% Merlot and 20% Merlot. 87-89 Pts

2014 Clarisse Villie Vignes – This blend of 85% Merlot and 15% Cabernet Franc made from vines that average 65 years of age produced a wine packed with rich, lush, ripe, sweet fruits, supple, soft, elegant textures and a long, sweet, fruit filled finish. This will drink well on release and can age a bit too. This wine is a Jeffrey Davies Selection Exclusive. 89-90 Pts

2014 Clos des Moiselles – From a blend of 50% Merlot, 45% Cabernet Sauvignon and 5% Malbec, the wine is forward and packed with load of fresh black cherries, lush textures and chocolate with thyme coated cherries in the finish. The wine reached 14.2% alcohol. This wine is a Jeffrey Davies Selection Exclusive. 87-89 Pts

2014 Clos Lunelles – Black cherry, plum, licorice, espresso and smoke in the nose leads to a concentrated, tannic, oaky mineral driven wine that will require time to soften and come together. 89-91 Pts

2014 Croix de Justice – A real nice wine for the money. But what else would you expect when you take a blend of 50% Cabernet Franc and 50% Merlot from 35 year old vines, low yields of only 20 hectoliters per hectare and let it rip? Lots of fresh, black cherries, round textures, licorice and a blast of cocoa in the finish here. This wine is a Jeffrey Davies Selection Exclusive. 89-91 Pts

2014 Croix Mouton – Peppery black raspberries on the nose, the wine is soft and approachable with a nice, easy drinking, black cherry note in the finish. Blending 95% Merlot and 5% Cabernet Franc, the wine reached 13.7% alcohol. This remains one of the most consistent value driven wines in all of Bordeaux. 84-86 Pts

2014 Le Conseiller – From 100% old vine Merlot, the wine is soft, forward and a true crowd pleaser with its upfront, sweet cherry and vanilla character. Drink this on release. 85-87 Pts

2014 Cote Montpezat – Easy to like, with its dark red fruits and round textured, open personality. 86-87 Pts

2014 La Dauphine – Stony plums, espresso, wood and cocoa in character, the wine is forward, round and made for early drinking. 88-89 Pts

2014 Domaine de l’A – In the nose, you find black raspberries, with an earth and spicy character, the wine is forward and ends with a mineral driven character. 90-91 Pts

2014 Esprit de Pavie – Bright red cherries, with red licorice, spice and cocoa in its personality. The wine is made in a medium bodied forward, fresh, early drinking style. 85-87 Pts

2014 G Guinaudeau Acte 6 – From a blend of 56% Merlot and 44% Cabernet Franc opens with sweet plum and forest floor notes. On the palate, the wine is soft and easy to drink with silky, soft, fresh cherry and plums in the finish. 89-91 Pts

2014 Grand Village Blanc – Fresh squeezed grapefruit and honeydew melon show freshness in the fruit, finishing with zesty, sweet, citrus rind notes. The wine was made from a blend of 50% Sauvignon Blanc and 50% Semillon. 88 Pts

2014 Les Champs Libre – With a citrus and fresh cut grass nose, the wine ends with a sweet, lemon rind and freshness on the mouth. The wine was made from 100% Sauvignon Blanc. 2013 was the first vintage for Les Champs Libre from a parcel of vines located in the vineyards of Grand Village. 89 Pts

2014 Les Grands Marechaux – It’s going to be hard to find a better wine for the money in this vintage, due to its forward, soft, ripe, red fruits, open plummy character and low price. 87-88 Pts

2014 Joanin Becot – Ripe, soft, round and packed with licorice, ripe, black cherries and cocoa, this blend of 75% Merlot and 25% Cabernet Franc is going to show well early. 88-90 Pts

2014 La Laurence – Soft, round and approachable, with a fleshy, plummy character and easy drinking style. 86-88 Pts

2014 Marjosee Blanc – Grapefruit and lemon wax, with a fresh, sweet, lively character that refreshes with its lemon accent. This is the perfect, easy drinking, summer wine. 45% Sauvignon Blanc, 45% Semillon and 10% Muscadelle. 87 Pts

2014 Montlandrie – 75% Merlot, 20% Cabernet Franc and 5% Cabernet Sauvignon produced a wine with a deep color coupled with floral, boysenberry and cocoa sensations. Lush, fat and sweet, this is only the second vintage for Denis Durantou in the Cotes de Castillon, yet, it’ s easy to get what he’s aiming for, with its plush, rich textures and ripe, sweet fruits. 90-91

2014 Puygueraud – The smoky, licorice and black raspberry nose, with its forward, sweet, round cherry pie, medium bodied, spicy character was created from a blend of 75% Merlot, 20% Cabernet Franc and 5% Malbec. 87-89 Pts

2014 Roc de Cambes– Picked between October 20 and October 26, the wine delivers an earthy, black cherry, round experience that ends with a spicy, blackberry finish. 89-91 Pts

2014 La Roncheraie – Dark in color, rich, filled with rich, ripe, lush fruits, jam, freshness and length. Not much is made, and it’s worth seeking out for the combination of quality and value. From 100% old vine Merlot, with low yields of only 17 hectoliters per hectare, the wine reached 14% alcohol. This wine is a Jeffrey Davies Selection Exclusive. 90-92 Pts

2014 La Roncheraie Le Paradoxe – Soft, forward, easy drinking, ripe Merlot based wine with a blast of licorice and sweet, dark plums in the finish. From low yields of only 24 hectares per hectare, this blend of 80% Merlot, 13% Cabernet Sauvignon, and 7% Cabernet Franc reached 13.5% alcohol. 85-87 Pts

2014 Vieille Cure – Lush, round, polished and packed with plenty of fat, juicy, round berries, licorice and chocolate. 89-91 Pts

2014 Vrai Canon Bouche – Dark in color, with loads of sweet dark fruits, jam and a plush, dense, fruit filled finish with just a touch of oak in the end note. Blending 65% Merlot with 35% Cabernet Franc, the wine reached 14% alcohol. 88-90 Pts