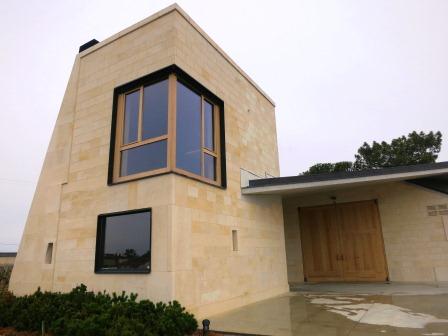 Learn everything about Le Pin Pomerol with wine tasting notes and wine with food pairing tips. Learn the best vintages, the history of the property, and information on the vineyards and winemaking. If you want to read about other important, Bordeaux Chateaux: Links to all Bordeaux Wine Producer Profiles

Le Pin is one of the most expensive wines not only in all of Bordeaux but in the world! Yet, it’s unclassified and its first vintage was only a few decades ago. In fact, Le Pin made its debut with the 1979 vintage. With that in mind, when you look at the history of Le Pin, it’s still truly a young Pomerol wine.

Since 1924, what we know of as Chateau Le Pin had been the property of the Loubie family. The grapes were sold or blended to produce other fine, but undistinguished Pomerol wines until 1978.

Leon Thienpont, the father of Alexandre Thienpont talked Jacques Thienpont into buying the 2-hectare property for one million French Francs. In those days, that was a lot of money. With that purchase, Le Pin was born.

At the time of the sale, the cellars Le Pin were in poor condition. The chai was nothing more than a shed that had been used to store gardening tools. The dilapidated house on the property needed work. Alexandre Thienpont took up residence at the estate in the small house at Le Pin for a period of time. 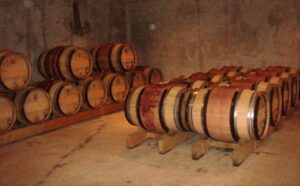 The next investment at Le Pin was made by Jacques Thienpont. It was his idea to add a single, 50 hectoliter, stainless steel vat. In the early days at Le Pin, things were really managed for very little money.

For example, the debut vintage of Le Pin was aged in used, French oak barrels that were passed down from Vieux Chateau Certan. The cellar was a simple, small, cool, cement room with the ability to hold only a few rows of barrels. But that was all they needed as the production was tiny.

The first vintage of Le Pin sold for a whopping 100 French Francs per bottle! The price was a lot lower than Vieux Chateau Certan was selling for at that time. It’s funny to think about it now, but even at that low price, buyers for 1979 Le Pin were hard to find.

Those early vintages were however equally difficult to purchase as the production was small. The minuscule amount of Le Pin being made was because close to half the vineyard had just been replanted, and the vines were too young to use.

However, things quickly changed for Jacques Thienpont and Le Pin after Robert Parker heaped effusive praise on their 1982 vintage. From that point forward, Le Pin became the first wine of Bordeaux selling for as much, if not more than the First Growth Bordeaux wines.

Following his initial purchase of Le Pin, Jacques Thienpont continued adding to holdings in the heart of the Pomerol plateau with additional purchases of vineyard land, even if it was only a few choice rows of vines.

In 1984, Le Pin grew by a whopping .6 hectares, when Jacques Thienpont was able to buy land that was being used as, believe it or not, a vegetable garden! He obtained more land in 1985 and 1986 as well.

Additional vines were purchased later in the first decade of the 21st century. This is when Le Pin acquired the famous “7 rows of vines” that were located next to their vineyard. However, in 2012, they were not as lucky. A neighboring Pomerol vineyard with a similar terroir came up for sale and it was quickly bought by Christian Moueix. 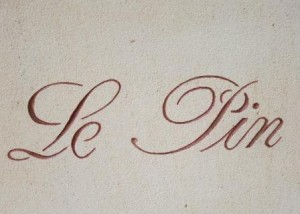 The vineyard of Le Pin is looked over by Alexandre Thienpont, who also manages Vieux Chateau Certan. Jacques Thienpont makes and sells the wine.

Le Pin took its name from the lone pine tree situated near the winery. The winery and chateau were until recently, rather humble for a property befitting the stature of Le Pin, a wine that sells for several thousand dollars per bottle!

However, starting in 2010, Jacques Thienpont began construction of a new chateau and wine-making facility. The new winery was completed in 2012, just in time to work on the 2011 vintage at Le Pin. The much more modern winery for Le Pin was designed by the noted Belgian architects, Robbrecht & Daem.

Robert Parker and Le Pin. Le Pin as you know does not have a long history, In fact, prior to the 1982 vintage, Le Pin was an obscure new Pomerol trying to sell their wine like everyone else in the appellation. In those early days, consumers were not familiar with the property, so some of the wines went unsold.

Robert Parker is perhaps as responsible as anyone for making the Pomerol wine of Le Pin so famous, coveted, and expensive. Prior to the 1982 vintage, not many people outside of Pomerol had yet heard of the wine. Robert Parker’s initial review of Le Pin was lukewarm at best.

By the time 1982 Le Pin began to develop, Robert Parker changed his tune. Quickly, his enthusiastic, descriptive, praise for the 1982 Le Pin vintage caused collectors to seek it out. With only a few hundred cases per year being made, it was only a matter of time until Le Pin became priced as a luxury item selling for almost as much, if not more than Petrus and Lafleur! 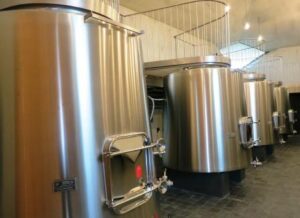 The minuscule 2.7-hectare vineyard of Le Pin is planted to almost 100% Merlot. In truth, it is 100% Merlot, but there are a few Cabernet Franc vines co-planted in the vineyard. While some parcels contain Cabernet Franc, that grape variety is not blended into Le Pin.

The terroir of Le Pin is clay with gravel and sand with deposits of iron oxide in the soil. The gravel is deep. In some parts of the vineyard, the gravel is close to 3 meters thick. The vineyard is ideally placed with good elevation on the Pomerol plateau.

Situated near the Catusseau village, the vines average close to 35 years of age. However, they have old vines as well that date to the 1950s. The vineyard of Le Pin is planted to a vine density of 6,000 vines per hectare.

Le Pin was probably the first chateau in all of Bordeaux to conduct malolactic fermentation in barrels. Interestingly, this was by accident and not by design.

In their formative years, they did not have enough tanks to hold all the wine for fermentation. So, out of necessity, following alcoholic fermentation, they moved the wine to barrel as an experiment for malolactic fermentation and it worked!

Le Pin produces between 400 and 600 cases per year. The wine of Le Pin is vinified in 7 small, stainless steel tanks that range in size from 15 hectoliters up to 42 hectoliters. In the cellars, all wine is moved by gravity. Malolactic fermentation takes place in new oak.

In fact, Le Pin was one of the first producers to perform malolactic fermentation in barrels in the Right Bank. The wine is aged in 100% new, French oak. Blending takes place prior to bottling.

The Character and Style of Le Pin

Le Pin is an exotic style of Bordeaux wine. At its best, the wine is concentrated with ripe fruit, the opulent, almost overripe kirsch, black cherry, plum, coconut, and citrus scents are unique to the property.

The decadent, glycerin-filled mouthfeel is a treat that in the best vintages, must be tasted to be believed. Le Pin is not always consistently at its best. Hot, dry vintages can be a problem, from time to time.

However, the owner Jacques Thienpont is quite picky when it comes to the wine and what is released. This can be in the selection, as lots not deemed worthy of Le Pin are declassified, or even an entire vintage can be declassified when in 2003, the entire production was declassified!

There is no second wine at Le Pin. However, they do produce a tiny amount of Trilogie, which is a multi-vintage blend of 3 different years, made from various declassified lots. 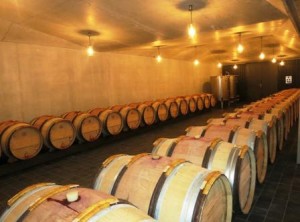 Here’s a tip for you. If you’re lucky enough to manage a reservation to taste at the property, don’t spit. Make sure you swallow the wine. Rumor has it, visitors that spit are never invited back. After all, you are at Le Pin! That works for me. Knowing it’s Le Pin in my glass means, there is no way I’m not going to savor every last drop!

Le Pin is much better with at least 10-15 years of aging in good vintages. Young vintages can be decanted for 2-3 hours or more. This allows the wine to soften and open its perfume.

Older vintages might need very little decanting, just enough to remove the sediment. Le Pin offers its best drinking and should reach peak maturity between 10-35 years of age after the vintage.

In April 2010, Jacques Thienpont added to his holdings with the purchase of 5 hectares in St. Emilion. The wine is being sold under the name LIF.