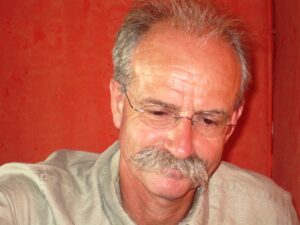 Learn everything about G Guinaudeau with wine tasting notes and wine with food pairing tips. Learn the best vintages, a history of the property and information on the vineyards and winemaking. If you want to read about other important, Bordeaux Chateaux: Links to all Bordeaux Wine Producer Profiles

G Guinaudeau is owned by Sylvie Guinaudeau and Jacques Guinaudeau, who own the legendary Chateau Lafleur in Pomerol. They also count among their holdings, the Bordeaux wine producing property, Chateau Grand Village. Grand Village is used as the home estate and home base for the Guinaudeau family.

2009 marked the debut vintage for G Guinaudeau, the new red Bordeaux wine from Jacques and Sylvie Guinaudeau. The wine gets an updated name each vintage. At least that has been what has taken place for the past few years. The 2009 G Guinaudeau wine is known as Acte 1. This was followed in 2010 with Acte 2.

2011, which as you might have already guessed is known as Acte 3. 2012 with Acte 4 and 2013 with Acte 5. The labels for the Guinaudeau wine are different in each vintage as well. The artistic looking labels are personally designed by the owner, Jacques Guinaudeau.

The 2018 vintage not only allowed the property to produce the best wine they have ever made, but the Acte series was replaced with a new name and label, Perrieres de Lafleur.

The vineyards used for the G Guinaudeau wine are planted to 60% Merlot and 40% Cabernet Franc. Located in the Fronsac appellation, the vineyard is planted to a vine density of 5,500 vines per hectare.

The terroir has gentle slopes with clay and limestone soils that enjoy a north to south exposure.The soils and terroir, according to Jacques Guinaudeau are similar to those that can be found in St. Emilion.

The wine is vinified in traditional cement vats and is aged in an average of 33% new, French oak barrels for 15 months. On average, the production is close to 1,000 cases of wine per year.

The wine of G Guinaudeau is produced in an open, round, forward style. It is fresh, fruity and soft in texture. The wine from the Guinaudeau family is meant to be enjoyed at a young age for its upfront, forward fruit and freshness. The G Guinaudeau wines are sold and classified as a Bordeaux Superieur wine.

G Guinaudeau is much better with at least 2-4 years of aging in good vintages. Young vintages can be decanted for 1 hour or so, allowing the wine to soften and open its perfume.

Older vintages might need very little decanting, just enough to remove the sediment. G Guinaudeau offers its best drinking and should reach peak maturity between 3-12 years of age after the vintage.