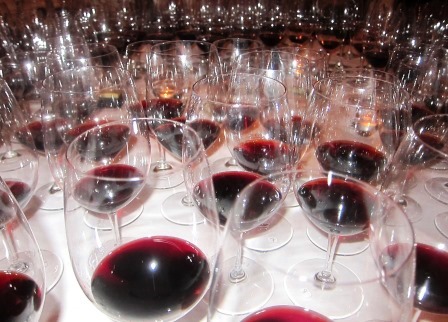 While the most expensive, glamorous and famous wines and wineries of Bordeaux get most of the press and attention, some of the real stars of Bordeaux are the numerous, 2013 petit chateau, 2013 Bordeaux Superieur wines from the smaller terroirs. The wines from the 2013 satellite appellations in the Right Bank, the 2013 Cotes de Bordeaux appellations and 2013 Bordeaux Superieur wines can offer great value, coupled with good quality and style. Plus they are often produced in large quantities, making them easy to find.

However in difficult vintages like 2013 Bordeaux, their terroir makes it difficult to cope with the extremely challenging conditions. Adding insult to injury, numerous vineyards in Cotes de Castillon and Entre deux Mers were devastated by severe hail storms. Making matters worse, the famous estates most of us focus on have the ability and market conditions to raise and lower prices, depending on the perceived level of demand for their wine. That is not possible for the petit chateau and wines from the satellite appellations. Those producers can only charge so much money in the great vintages and in the difficult years, they can easily lose money if the prices for their wine takes that much of a drop.

2013 Bordeaux was not an easy vintage for the petit chateau growers. The yields were low and of course, the amount of wine they were able to produce was quite small. All that being said, some of the better petit chateau and producers in the satellite appellations were able to create some nice, early drinking wines, especially for the vintage. They are not worth buying as futures. But some of these, early drinking, well priced, charming wines could be worth taking a look at, when they are released in bottle.

2013 – 20 Mille – Produced from 100% Merlot, the wine is all about the open, black cherry and espresso personality, plush textures, and forward, chocolate character. 87-89 Pts

2013 d’Aiguilhe – Smoky cherries, licorice and espresso bean with truffle create the aromas. On the palate, the wine shows ripeness and polish for the vintage, ending with a blast of plum and minerality that carries through. From a blend of 90% Merlot and 10% Cabernet Franc, the wine reached 13.5% alcohol. The yields were 10 hectoliters per hectare. The wine is aging in 40% new oak. 89-91 Pts

2013 d’Aiguilhe Querre – Medium bodied, with a simple, black raspberry character, this easy drinking wine should be consumed in its youth. 84-85 Pts

2013 Balthus – Dark ruby in color, especially for the vintage, the wine is all about the spicy black raspberry and floral notes, medium body, oak and spicy, dark red berry character. 88-89 Pts

2013 Bolaire – Easy drinking, spicy and open, this delivers a shot of boysenberry in the finish. This unique wine is produced with the highest percentage of Petit Verdot in Bordeaux at 53%, with the remainder of the blend coming from 40% Merlot, and 7% Cabernet Sauvignon, the wine reached 13%.

2013 du Bouscat La Gargone – With loads of spicy, dark berries and espresso bean, the wine is tannic, with some flesh, but there is a dry, oaky sensation in the finish. From low yields of 12 hectoliters per hectare, the wine is aging in 100% new French oak. 84-86 Pts

2013 du Bouscat Les Portes de l’Am – Deep in color, with a lot of richness for the vintage, dark fruit, chocolate and coffee bean are the first thing you notice before moving on to the fresh, black raspberry dominated finish. With a tannic backbone, this should be better after a few years of aging. From an interesting blend of 40% Malbec, 35% Merlot, and 25% Cabernet Franc, the wine was produced from yields of just 10 hectoliters per hectare and is aging in 100% new, French oak. 86-89 Pts

2013 Clarisse – Good volume, sweet berries, plush textures and a fresh, dark berry finish make this one of the top value Bordeaux wines in this vintage. From a blend of 90% Merlot and 10% Cabernet Franc, the wine, produced from yields of 15 hectoliters per hectare and is aging in 50% new, French oak. 86-88 Pts

2013 Clos Lunelles – Wet earth, leaf and spicy cherry flavors are concentrated for the vintage. The wine will need a few years to soften before its minty, red berries are fully mature. 88-90 Pts

2013 Croix de Justice – With boysenberry, chocolate, sweet cherries, good flesh, length and flavor in the finish, the wine was made from an even split of Merlot and Cabernet Franc. 88-90 Pts

2013 Croix Mouton – With sweet black cherries, a forward personality, and a hint of chocolate in the finish. From a blend of 95% Merlot and 5% Cabernet Franc, the wine reached 13.4% alcohol. This remains a serious contender the most consistent, value Bordeaux wine produced. 84-85 Pts

2013 Le Conseiller – From 100% old vine Merlot, hints of licorice, earth and red fruit poke through the nose. Medium bodied, with light fresh cherries in the finish, this is forward, approachable and a fine value. 85-87 Pts

2013 La Dauphine – Fresh herbs, fennel and red berries, soft and round in texture, the wine exchanges depth for an ease of drinkability. 86-88 Pts

2013 de-Francs Les Cerisiers – Smoky, soft, mineral and red plum in character, the finish is sweet and tart, with its red berries. 85-88 Pts

2013 Fontenil – Black raspberry, flowers, fennel and oak in character, the dark chocolate and cherry dominated wine is easy to like and even easier to drink. 87-89 Pts

2013 G Guinaudeau – Forward, fresh, soft cherries and raspberries in a user friendly, easy to like and drink style. 88-89 Pts

2013 Haut Carles – With some depth of color for the vintage, the cherry griotte, licorice and oaky, round, medium bodied wine ends with black raspberry, oak and cherry. 88-90 Pts

2013 Hostens Picant – Citrus and tangy red berries in the nose, light and easy going, with an approachable, fresh, light cherry finish. From a blend of 70% Merlot and 30% Cabernet Franc. 83-85 Pts

2013 Joanin Becot – Floral and black raspberry and coffee bean nose, medium bodied with an open easy to drink, soft and sweet personality. From yields of 25 hectoliters per hectare, the wine was produced from a blend of 80% Merlot and 20% Cabernet Franc. The wine reached 13% alcohol and is aging in 50% new oak. 87-89 Pts

2013 Montlandrie – Oak and spicy plums, dark chocolate and red fruits combine to make a forward, fresh, medium bodied wine that will be open on release. From a blend of 75% Merlot, 20% Cabernet Franc and 5% Cabernet Sauvignon. 86-88 Pts

2013 Moulin Haut Laroque – Spicy, with coffee bean, vanilla and plum in the nose, the wine shows some oak in its black and plum, round finish. 85-87 Pts

2013 Moulin Pey Labrie – Earth and herbs on the nose, with citrus and cherries, drink this on the young side. 83-85 Pts

2013 Le Pin Beausoleil – With a blend of 70% Merlot, 20% Cabernet Franc and 10% Cabernet Sauvignon, from start to finish, there is a nice sensation of fresh, spicy cherries and polished textures with dark chocolate. Drink this easy to like wine on the young side. 86-88 Pts

2013 Puygueraud Blanc – Made from 55% Sauvignon Gris and 45% Sauvignon Blanc, this represents the highest percentage of Sauvignon Gris used in Bordeaux. From a 4 hectare parcel of vines planted in 1997, this is the debut vintage. Dominated by grapefruit and lemon peel, the feels lower in acidity, due to the quantity of Sauvignon Gris, however, that is not case as the wine has a pH of 3.1. 86 Pts

2013 Reignac – Herbs, licorice, cherry and citrus accents are coupled with an oaky personality to produce a wine that should be enjoyed in its youth. 86-88 Pts

2013 Roc de Cambes – Wild, candied red berries served in an open style, with a blast of cherry in the finish. This will drink well and offer pleasure early. 87-89 Pts

2013 La Roncheraie – With a nose of coffee beans, chocolate, fennel and black cherry, the wine is round, full of flavor, easy to like and offers a plush charm for the vintage. Made from 100% Merlot, the wine reached 13.8% alcohol. This is going to be hard to find as close to 175 cases is all that was produced. 87-89 Pts

2013 Roncheraie Le Paradoxe – From tiny yields of just 11 hectoliters per hectare, the wine shows good flesh to its fresh, black raspberry and cocoa character. Produced from a blend of 90% Merlot, 20% Cabernet Sauvignon and 10% Cabernet Franc, the wine reached 135% alcohol and is aging in 50% new oak. 86-88 Pts

2013 Soleil – Medium bodied with a nice, plummy character, this will be drinkable on release. 84-86 Pts

2013 Soleil Le Rival – Dominated by 95% Merlot, with an earth, plum and fennel personality, this round, open wine is ready for easy going, prime time drinking on release. 87-88 Pts

2013 Thenac – A new project consulted by Denis Durantou of L’Eglise Clinet, the aromas pop with vanilla, black raspberry and forest floor scents. There is good fruit here, with some depth, but the peppery, red berry finish feels dry in the end notes. 86-88 Pts

2013 La Vieille Cure – Licorice, mocha and black raspberries and oak are open and already easy to drink. This will be best in its youth. 87-89 Pts