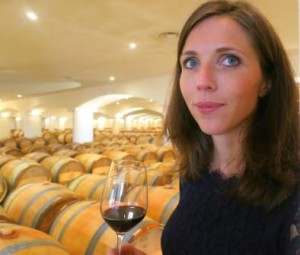 All 2014 Haut Medoc wines are not created like. The level of quality and style are not capable of being consistent, due to the massive size of the appellation. Keep in mind that Haut Medoc has close to 4,200 hectares under vine. When you factor in the wines that carry the Medoc designation as well, (as those wines are also included in this report) things get more complicated as the Medoc is also quite large. The amount of rain and the ability of the different terroirs to handle the water, as well as dry periods varies considerably from vineyard to vineyard. With that consideration, naturally, the quality and character of the wines are going to be quite variable as well.

2014 can be a good year to selectively purchase Cru Bourgeoisie and other wines from the Haut Medoc, for that very reason. Due to time constraints, I was only able to taste so many wines. In a vintage where the Cabernet Sauvignon shines, there are perforce several other wines from the Medoc I was unable to taste that are worth considering, if the prices are fair. There is no immediate need to buy those wines En Primeur, but when they reach the stores in bottle, savvy consumers could have an ocean of well-priced Cabernet Sauvignon based, Left Bank Bordeaux wines to choose from. Chateau Sociando Mallet was the first of the well-known wines from the Haut Medoc to offer their 2014 vintage. The wine was priced ex-negociant at 18 Euros, which is the same price they sold their 2013 at. Was retaining prices at the same level of the much worse, and maligned 2013 vintage enough to spark interest? It’s still too early to know. That was followed by 2014 La Lagune which was offered at 29 Euros Ex Negociant. La Lagune did not offer their 2013 for sale En Primeur. But to give you an idea on how their 2014 was priced against their 2012, it was a reduction of 17% which should send a positive signal to the marketplace. Most of the chateaux are getting ready to start releasing their 2014 wines for sale. I can only hope that other chateau take notice of what is truly happening in the marketplace.

This is the fourth of 9 reports on the 2014 Bordeaux vintage. To read 2014 Bordeaux tasting notes from other appellations:2014 Bordeaux Tasting Notes Our report on 2014 Margaux will be published tomorrow.

The following 2014 Haut Medoc wines were all tasted not blind in Bordeaux with either negociants or at the chateaux, when possible.

2014 Belle-Vue – Soft tannins and a spicy, floral and ripe nose are coupled with fresh, smoky black cherries in the finish. This should be quite tasty on release. The wine was made from a blend of 47% Cabernet Sauvignon, 31% Merlot and 22% Petit Verdot and reached 13.5% alcohol. 89-91 Pts

2014 Bernadotte – Filled with sweet black cherries, licorice and espresso, this medium-bodied wine is slightly dry on the finish. 86-88 Pts

2014 Charmail – A blend of 38% Merlot, 35% Cabernet Sauvignon, 16% Cabernet Franc and 11% Petit Verdot, this wine opens with spicy, ripe scents of pepper, earth and berries. Upon sipping, it has medium body and a crisp finish filled with cocoa and cassis. 87-89 Pts

2014 Chasse Spleen – Forward, soft and fresh, this wine has a bright center of black cherry and cassis, which is complicated by hints of dark, bitter chocolate and a red fruit–filled finish. 87-89 Pts

2014 Clement Pichon – Produced from a blend of 85% Merlot, 10% Cabernet Sauvignon and 5% Cabernet Franc, this wine has notes medium body, an early-drinking personality and notes of coffee bean, earth and black raspberry. 84-86 Pts

2014 d’Agassac – Offering sweet black cherries and earth, this wine is forward, soft, medium bodied and approachable, with a splash of spicy cassis and fresh berries in the end note. 87-90 Pts

2014 Fourcas Borie – With licorice, chocolate and boysenberry on the nose, this wine has good color and soft, sweet notes of ripe, round, spicy fruits. It is hard to find a better Medoc wine for this small amount of money. 89-91 Pts

2014 Goulee by Cos d’Estournel was produced from a blend of 78% Merlot, 18% Cabernet Sauvignon and 4% Cabernet Franc. With licorice and black cherry notes, the forward yet approachable wine is soft, sweet and already surprisingly earthy. It will be best young. 88-89 Pts

2014 Greysac – Forward but easy to drink, this medium-bodied wine is without faults or complications. 83-85 Pts

2014 Les Grand Chenes – Lush, soft and polished, this wine is loaded with sweet fruits and a hint of jam with a big slash of espresso and vanilla in the fleshy finish. 87-89 Pts

2014 Haut Condissas – Ripe, soft, fleshy and forward, this easy-drinking wine is round and filled with dark berries. 87-89 Pts

2014 La Lagune – Flowers, black cherry, chocolate mint and hints of vanilla create the aromatics. The wine is sweet, round and ripe with dusty tannins, fresh berries and cocoa in the round, elegant finish. Produced from a blend of 70% Cabernet Sauvignon, 20% Merlot and 10% Petit Verdot, the wine reached 13.5% alcohol. 90-92 Pts

2014 Maison Blanche – This medium-bodied is fresh and juicy with cassis, cocoa and cherries. 86-88 Pts

2014 Mauvesin Barton – Light in color, the wine has a fresh, bright red cherry and cranberry character that will be best in its youth. 86-87 Pts

2014 Potensac – From a blend of 40% Merlot, 39% Cabernet Sauvignon, 18% Cabernet Franc and 3% Petit Verdot, the wine reached 13.25% alcohol. Offering notes of cassis and earth, this structured, tannic, powerful, masculine shows a firm, classic tannic profile that with a large amount of Merlot in the blend, will demand time in the cellar. 88-90 Pts

2014 Poujeaux – Deep ruby in color with vanilla, cassis and spicy black raspberries, the wine is fresh, crisp and sweet and ends with sweet dark chocolate covered black raspberries. From a blend of 60% Cabernet Sauvignon, 35% Merlot and 5% Petit Verdot, the wine reached 13% alcohol. 89-91 Pts

2014 Rollan de By – Bright red fruits and black cherries create the character of this early drinker that is already showing a polished, forward, sweet and fresh personality. 85-87 Pts

2014 Sociando Mallet – Firm, bright, crisp and fresh, with blackberry, tobacco, smoke and spicy cassis in its character, the wine is full bodied, tannic and should age well. 88-90 Pts