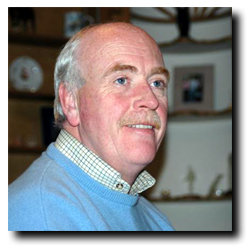 Skeptics among you will say that the words ‘Budget’ and ‘Bordeaux’ should never be used in the same sentence.  However sometimes we forget that the wines that Bordeaux is famous for – the great Grand Cru Classés – only represent a tiny fraction of this ancient wine growing region.  Bordeaux has a wide range of high quality, good value wines that most of us simply miss out on.

The reasons for this are straight forward:  these wines are snapped up locally, never reaching the larger market outside France and often not even reaching beyond Bordeaux.  Their production is small – hence the name ‘Petit Chateaux’ – and supermarkets are only interested in large volumes of wines with which to stack their shelves for the mass market, so they slip under the radar.  Many Petit Chateaux don’t have the finances to spend on advertising and marketing – their wines depend on their reputation and word of mouth.  I believe they actually represent some of the best value Bordeaux available.  You just need to know where to look!

I have a set of tips for you to track down these hidden gems based on ‘Where, Who, When and How?’

It’s important to remember that rural backwaters were not always so.  Times change; fashions come and go, chateaux rise and fall and appellations drop out of favour but you’ll find that the wines from lesser known AOCs and chateaux today were sometimes the most desired in the past.

Over looked appellations can be a treasure trove for wine makers and consumers alike. You’ll find that quite a few of the Grand Cru Classé have recognised the sleeping potential of these appellations and have second estates in ‘rural backwaters’ that benefit from their wine making teams’ expertise.  These wines are a fraction of the price of their classified cousins.

ñ  A good example is the little appellation Canon Fronsac which has been renowned for its wines for centuries – the very first Bordeaux wine ever to appear in a Christie’s catalogue in 1780 refers to “a hogshead of Canon Claret.”   However nowadays you can find finely crafted wines here that are very reasonably priced. For example Chateau La Croix Canon (average price £15) is owned by the Moueix family who also own Chateau Petrus – one of the most expensive wines in the world.

ñ  Fronsac is also home to some super wines: Chateau de La Rivière is owned by Vignobles Gregoire and the oenologist is the talented Claude Gros (who consults at Chateau La Fleur Morange, Grand Cru Saint Emilion).  Other chateaux worth looking out for are Chateaux Dalem, Fontenil (owned by none other than the renowned oenologist Michel Rolland) and Haut Carles (Jean Luc Thunevin of the cult wine Chateau Valandraud, Saint Emilion, is the consulting oenologist here).

ñ  The AOC Côtes de Castillon is now one of the most fashionable of all the Bordeaux satellites with several prominent winemakers buying chateaux there. The family Perse of Chateau Pavie, Premier Cru Classé B St. Emilion, have acquired 3 chateaux in the appellation: Château Sainte Colombe being the most reasonably priced. Count Stefan von Neipperg of Château Canon La Gaffelière, Grand Cru Saint Emilion, owns Chateau d’Aiguilhe and Francois Despagne of Chateau Grand Corbin Despagne handles 5 hectares of Chateau Ampelia.

ñ  The Côtes de Francs has benefited from several famous wine growing families buying château there. Dominique Hebrard, previously co-owner of Chateau Cheval Blanc, and Hubert de Boüard – owner and oenologist of Chateau Angélus were among the first to arrive when they bought Chateau de Francs in the Cotes de Francs appellation. Thanks to the efforts of these dynamic entrepreneurs, the Cotes de Francs have started catching up with their past glories of the last century, when their commercial value was on a par with that of the wines of Saint Emilion.   Hebrard also produces wines from Petit Chateaux Chadeuil and Graves de Barrau, both retailing for under £9.

ñ  AOCS that are better known for their white wines can throw up some surprisingly good reds!  The Entre Deux Mers and Graves both produce extremely well made reds which are definitely worth hunting out.  The Entre Deux Mers is an AOC where enterprising wine makers frequently re-discover the long lost potential in a crumbling estate with neglected, forgotten vines and surprise their critics by working hard, investing savings and effort to bring great wines back to life. Chateau Pellebouc in the Entre Deux Mers is owned by Pascale and Baudouin of the famous Thienpont family and offers great value for money.

ñ  Graves is home to several lesser estates owned by Grand Cru Classé – Chateau Pessan is a superb red made by the owners of the Sauternes Second Growth Chateau de Malle.

ñ  Saint Emilion also offers a few surprises – watch out for Chateaux de Fonbel and Simard.  Both of these estates are owned by the Vauthier family of the Premier Cru Classé A Saint Emilion Chateau Ausone – and both are reasonably priced, although I expect Simard‘s price to escalate rapidly should it achieve the Grand Cru status the Vauthiers are seeking – they only inherited the estate in 2008.

ñ  Saint Emilion is surrounded by 6 satellite communes which once sold their wines under the Saint Emilion AOC: Lussac, Montagne, Parsac, Puisseguin, Sables, and Saint Georges. These little communes have the right to append Saint Emilion to their names and you can find some super wines amongst them that cost significantly less than the prices their big brothers command.

ñ  Sauternes and Barsac may dominate Bordeaux’s sweet wine production but lesser appellations of Sainte Croix du Mont (which sits on vast fossilised oyster beds that give it an exceptional terroir), Loupiac, Sainte Foy, Cadillac, Cérons, Haut Benauge and Saint Macaire also produce these luscious dessert wines at bargain prices.  Watch out for more wines from these AOCs becoming available due to the growing trend for sweet wine in the USA and Asia.

Many lesser known Petit Chateaux have reaped the rewards of better wine making techniques and advances in technology but you need to remember that  some vintages are better than others.  Petit Chateaux wines are also made to drink younger as they don’t really have the ageing capacity of the Grand Cru Classés.

The biggest question is how do you acquire these wines?  My answer is to hunt down independent wine merchants who have an interest in Bordeaux.  You can either find them online or in your locality.  They will be delighted to talk to you about their range of wines – after all this is their area of expertise and, more often than not, their passion!