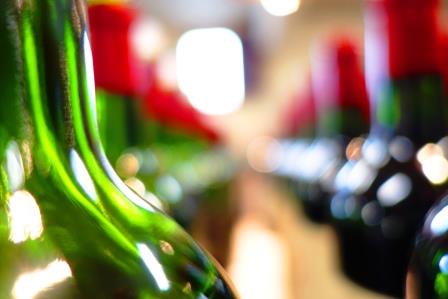 As you are probably aware of by reading all the reports in The Wine Cellar Insider and other sites about the vintage, 2013 Bordeaux is year where terroir mattered. This made it difficult for many producers of 2013 Haut Medoc wines. When you consider what took place in the Left Bank starting with the difficulty in the Merlot, the heavy rains during the growing season, cool weather and fear of rot in the vineyards at harvest time and the lack of ripeness in the Cabernet Sauvignon wreaked havoc for many estates not located on the most privileged terroirs. This is evidenced by the mixed levels of success experienced in the 2013 Haut Medoc wines. For a summary and overview of the 2013 Bordeaux Campaign so far… 2013 Bordeaux Vintage and Futures Campaign Summary

2013 Belgrave – Lean, bright red fruits are accompanied by spice and coffee in this forward wine. 84-86 Pts

2013 Cambon La Pelouse – Soft, short and sweet, this medium-bodied wine showcases licorice, oak and dark red berries. This will be best in its youth. From a blend of 55% Cabernet Sauvignon, 41% Merlot, and 4% Petit Verdot, the wine is aging in 40% new oak. Hubert de Bouard of Chateau Angelus is now the consultant. 85-87 Pts

2013 Caronne Ste. Gemme – Cranberry and cherry compete in this sweet-versus-tart wine that has a strict personality and coffee bean accents. 82-84 Pts

2013 Cantemerle – Light in color and fruit, this should be consumed young for the soft, bright sweet cherry in the middle. 86-88 Pts

2013 Charmail – From a blend of 40% Cabernet Sauvignon, 34% Merlot, 9% Cabernet Franc and 9% Petit Verdot, and aging in 30% new French oak, this medium-bodied wine is easy to drink. Dominated by fresh cherries, it ends with a hint of dusty tannins in the finish. Once again, Charmail remains one of the top value wines from the Medoc. 84-86 pts

2013 Clement Pichon – From 70% Merlot and 30% Cabernet Sauvignon, the wine is deep in color with an oaky, tobacco presence in the black cherry finish. 84-86 Pts

2013 Hanteillan – From the team of Stephane Derenoncort, this wine has soft textures and good, plummy character. A new discovery for me, this wine is a value Bordeaux wine to watch for in future vintages. 85-87 Pts

2013 Fourcas Borie – Easy to like and to drink, the wine showcases polished textures and notes of black cherry, licorice and earth. This is not a wine for aging—drink it in its youth. 85-87 Pts

2013 Goulee by Cos d’Estournel – Produced using a blend of 61% Merlot, 32% Cabernet Sauvignon and 7% Cabernet Franc, the wine is focused on its fresh, smoky, black raspberry-filled profile. Textures are soft before the tangy, citrus and raspberry finish. 87-89 Pts

2013 Les Grand Chenes – With a nose full of oak, licorice, black cherry and tobacco, this forward wine serves up a user-friendly, oaky blast of licorice and plum. 87-89 Pts

2013 La Lagune – The final blend has not yet been made by the time of the tastings. Instead, we tasted samples consisting of 4 different possible blends with varying degrees of different grapes. The yields were low in 2013 at only 19 hectoliters per hectare. Because the final blend has not been made, the wine was offered for sale during the normal time for the 2013 futures campaign.

Blend #4 – 2013 La Lagune – 100% Cabernet from their best terroir, this wine shows a lot of depth, character and balance, finishing with dark chocolate and cherry. 90-92 Pts

2013 Poujeaux – Floral, oak and cherry pipe tobacco scents open this lighter, bright, red cherry-filled style of Poujeaux that was vinified for early drinking. Blending 50% Cabernet Sauvignon, 45% Merlot and 5% Petit Verdot, the wine reached 13% alcohol and is aging in 30% new oak. The Grand Vin is produced from 65% of the harvest from yields of 27 hectoliters per hectare. 87-89 Pts

2013 Preuillac – Tobacco, earth and blackberry in character, the wine is perfect for restaurants and uncomplicated drinking. 83-85 Pts

2013 La Tour Carnet – With espresso, oak, sweet black raspberries and cherry, this wine serves up a modern style of Bordeaux that shows too much wood for the vintage. 85-88 Pts