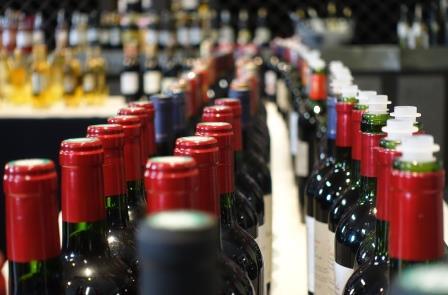 2015 Bordeaux Wine Tasting Notes, Ratings, Reviews and buying guide for all the best wines of the vintage with vintage information, summary of the growing season and a detailed harvest report.

In April, over a 3 week period, I managed to barrel taste more than 500 different 2015 Bordeaux wines. The 2015 Bordeaux tasting notes were based on samples that were tasted at either chateaux, negociants, consultants or scattered trade tastings. To find out which are the best 2015 Bordeaux wines, you can read tasting notes, ratings and information on the blends, alcohol levels and other details by clicking on any of the following links, which are organized by appellations traveling from north to south, to resemble the approximate order the wines were tasted in. You can also use the search functions to look up individual wines as well.

2015 Bordeaux Tasting Notes, Ratings, Reviews and Scores for the best wines of the vintage.

2015 Pauillac Wine Guide 2015 Pauillac wines can be quite good. For the vast majority of properties, they are not at the level of 2010 or 2009. But they are clearly stylish, character driven wines that will require time in the cellar to really show their stuff.

2015 Saint Julien Wine Guide This is a very good and consistent vintage for St. Julien. With less rain than most estates in Pauillac, but more moisture than growers experienced to the south in Margaux, across the board, the wines are quite strong and characteristic of the appellation.

2015 Margaux Wine Guide I know what you’re thinking. The Margaux has been hyped to death and there is no way the appellation is that good. Well, you can believe the hype. Make no mistake. Margaux as an appellation produced great wines from top to bottom. There are several chateaux I felt produced the best the wines they have ever made! In the years to come, don’t be surprised to see 2015 Margaux considered as one of the best years ever from the appellation!

2015 Pessac Leognan and Graves Wine Guide This is a stunning vintage for Pessac Leognan. Close in quality to 2009 and 2010, at all price points, consumers can easily throw darts at a board to find great wines here. Both the red wine and the dry white wines were successful, but the nod goes to the red Pessac Leognan wines with the 2015 Bordeaux vintage.

2015 Haut Medoc, Listrac, Moulis and Medoc Wine Guide This report covers a massive area with a wide, diverese range of terroirs. Suffice to say, the wines here are at their best at the southern tip of the appellation, south of the Margaux. The further north you travel, vintage conditions became more challenging, especially when the soils were not able to handle the combination of the mid summer drought and the rains.

2015 Saint Emilion Wine Guide There are several wines in St. Emilion that rival, and in some cases even excel over the 2009 and 2010 vintages! Plus, the story gets even better when you consider all the new estates that starting with the 2015 Bordeaux vintage began producing outstanding wine! And it’s not just the new estates that upped their game here. There are loads of properties that prior to 2015 made good wines, but with 2015, for the first time, they made great wine! The vineyards with limestone soils and plantings of Cabernet Franc produced extraordinary wines! Prices so far have been fair, the wines are sexy, stylish and rich, with real character, what are you waiting for?

2015 Pomerol Wine Guide There are so many great 2015 Pomerol wines this year, it’s easy to run out of superlatives. The Merlot in the clay soils really pushed the quality for many estates to a new level! A warm, sunny growing season, lack of water and an extended hang-time was the perfect recipe for Pomerol this year! This vintage is hedonism at its best. These wines are so opulent, concentrated and sensuous, they should be declared illegal!

2015 Value Bordeaux Wine, Petit Chateau Guide The mark of all great vintages is that sublime wines are produced in all appellation, and in every price point as well. The Cotes de Bordeaux, Cotes de Castillon, Fronsac and other Right Bank satellite regions made some really great wines that are going to sell for a song. These wines are not often sold as futures. So when they are offered for sale in bottle, there are dozens of great, 2015 Bordeaux value wines worth considering.

2015 White Bordeaux Wine Guide 2015 White Bordeaux wine from Pessac Leognan, Graves, AOC Bordeaux and other appellations are covered here. While lacking some of the freshness found in recent, high-quality vintages, there is still a lot to like here as the wines offer concentration, ripe fruits and good sweetness.

The blessed part of the equation favors the consumer. In vintages where the Right Bank excels, (which is what took place with 2015 Bordeaux,) wines are always priced much lower for the best Pomerol and St. Emilion wines, than you find in years where the Left Bank also produced sublime wines. That is also where the cursed side of the equation comes in, because owners are not able to charge as much money for their wines as they can when the 1855 Classified excel and all the First Growth make wines that could hit 100 Pts.

This is good for Bordeaux in the long run. I hope the chateau owners appreciate that fact. As you probably know, the popular sport of Bordeaux bashing still takes place. With luck, while some chateaux owners might not currently appreciate the end results, with many 2015 Bordeaux wines being released at fair prices, the bashing should become less shrill. While Bordeaux bashing won’t go the way of the Dodo bird, in the long run, prices that entice consumers to buy En Primeur is a good thing.

Simply put, in the Left Bank, there is more Cabernet Sauvignon in the blends in 2015 for several producers, as Cabernet Sauvignon more successful than the Merlot. The wines at their best are elegant, fresh, pure and regal. The tannins feel ripe. The wines lack the weight and density found in 2009 and 2010, but they can be truly outstanding wines. In the Right Bank, the wines are rich, sensuous, concentrated and lush. The opulent textures, silky tannins and perfectly ripe fruits are as vibrant as they are decadent. There are more than 12 Right Bank wines with the potential to reach 100 Pts this year!

As you probably are aware of by now, 2015 Bordeaux is the result of an extremely, hot, dry, sun filled summer. Of course, the devil is in the details. Most of the time, the hottest months take place later in the growing season. However that is not what took place with the 2015 Bordeaux vintage, as the region experienced scorching temperatures at the start of summer. June 29 pushed the mercury up to 41 degrees Celsius in the vineyards! Hot, dry, sunny conditions continued into July. In most appellations, the months of May, June and July were among the hottest and driest months on record! Those sizzling hot, sunny, dry weeks in June, July and August helped shape the 2015 Bordeaux vintage. The lack of water and resulting stress on the vines pushed back the start of veraison at some estates which began to take place by late July. By the end of July, the vines had received almost 50% less rain than usual. August will go down in history as one of the wettest Augusts recorded as the month delivered almost twice the amount of rain Bordeaux usually experienced. Although this varied depending on the appellation.

By the middle of August, things were looking good for the 2015 Bordeaux vintage, and growers were thinking the harvest would come early that year. An early harvest does not guarantee a good vintage, but on the other side of the coin, late is never great when it comes to harvests, so things were on the right track. At this point, the growing season took a turn in the opposite direction with August’s rain, dampening growers enthusiasm. Some vineyards in the northern Medoc received as much as 100 mm of water. (almost 4”) But it’s important to keep in mind that the water was localized. This is where the terroir came into play. The vineyards with soil able to handle the heat, drought and drain the excessive moisture produced berries that were small in size, with thick skins, ripe tannins and good levels of concentration. That was the perfect recipe to make high quality 2015 Bordeaux wine.

At the end of the day statistics are just numbers on a blackboard. With proper vineyard management and selection, coupled with help from Mother Nature, today, well-funded chateaux with the financial ability and desire can produce stunning wines. So, while it was quite wet in St. Estephe, vintage conditions for 2015 Bordeaux in Margaux and Pessac Leognan were close to perfect! How Pauillac and St. Julien handled those conditions depended on their terroir. While dry white Bordeaux can be very good, they are not at the level found in other, recent top years. 2015 Bordeaux could end up being a historic vintage for the sweet white Bordeaux wines of Sauternes and Pauillac.

If you are interested in reading a detailed summary about what took place during the growing season and harvest that helped shape the 2015 Bordeaux vintage, please see: 2015 Bordeaux Growing Season and Harvest Report