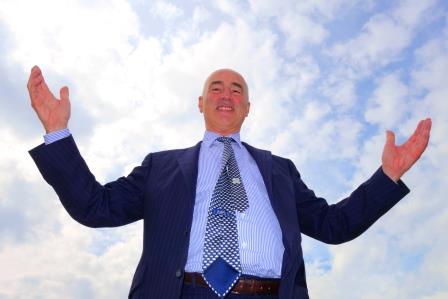 2015 St. Julien is the product of its being sandwiched between Pauillac to the north and Margaux to the south. Because of its location, the quirks of the geography and rain patterns in Bordeaux, the appellation received a little less rain than in other regions in the Medoc located to the north, but more moisture than the estates located in the Margaux appellation to the south. But the amount of moisture in the soil does not paint the full picture. You also need to understand that the summer was quite warm and dry. The vines experienced drought conditions for much of June continuing until late July. To illustrate that point, July 2015 was the 4th hottest July recorded in Bordeaux over the past 100 years! This produced small grapes with thick skins and a lot of tannin.

Because St. Julien is the smallest of the major Left Bank appellations, with just about 910 hectares of vines, harvest dates were relatively consistent for most vineyards. Growers began picking Merlot by September 21, finishing with their Cabernet Sauvignon between October 7 and October 9. You can read about the 2015 harvest and vintage in detail to give you a good idea on what took place during the growing season: 2015 Bordeaux Harvest Report

2015 St. Julien wines are consistent. While many estates in Saint Julien produced good wine in 2015, as you will see, two estates made much better wine than their neighbors. Some of that is due to terroir, and of course part of their success is due to the work done in their cellars and vineyards. Still, that means that overall, there is a good sense of homogeneous quality found in 2015 Saint Julien wine.

If you want to read about 2015 Bordeaux tasting notes for all the other appellations in Bordeaux, please see: 2015 Bordeaux Barrel Tasting Notes, Ratings reports

While 2005, 2009 and 2010 are better vintages for the Saint Julien appellation, there is still a lot to like about 2015 St. Julien wine. Most of the wines this year share the much needed quality of freshness, ripe fruits and tannic structures with the ability to age, but not all tannins are alike. There are wines with silkier tannins, and more sensual textures, while others produced wine with powerful tannins that will take a decade or two before they are fun to drink. A few wines are also slightly dilute, compared to what they can produce in a different type of vintage. Wrapping all this introduction up in a nutshell, if prices for the 2015 Saint Julien wines as futures are at what the market wants to pay, there are wines well worth looking at.

2015 Beychevelle – Licorice, tobacco, cassis and black cherry scents pop with little effort, escorting the palate to an end note of chocolate-covered cassis and dark, red fruits. With soft tannins and the structure to age, this is a richly-textured, round and elegantly-styled wine. Produced from a blend of 47% Merlot, 42% Cabernet Sauvignon, 7% Cabernet Franc and 4% Petit Verdot, this wine reached 13.9% alcohol with a pH of 3.72. The Grand Vin represents 58% of the harvest which took place from September 22 to October 8. Over the past few years, Beychevelle has really stepped up their game. Under the direction of Philippe Blanc, this has really become a wine to watch. 92 – 94 Pts

2015 Branaire Ducru – Tobacco, cedar and plump red and black fruits start off the nose. Ripe, soft tannins, purity of fruit and perfect balance are the hallmarks of this wine. Clarity and sweetness of the fruit, the freshness and elegance with the ability to age make this a strong vintage for Branaire Ducru. Produced from a blend of 65% Cabernet Sauvignon, 26% Merlot, 5% Petit Verdot and 4% Cabernet Franc, this wine reached 13.3% alcohol with a pH of 3.64. The harvest took place from September 18 to October 4. 92 – 94 Pts

2015 Clos du Marquis – Plum, cassis, earth and cedar chest notes create the perfume. This wine is tannic but the tannins are well-mannered, leaving a clean, fresh, spicy layer of dark, red fruits, olive tapenade, juicy cassis and a hint of oak. From a blend of 66% Cabernet Sauvignon, 31% Merlot and 3% Cabernet Franc, this wine reached 13.80% alcohol and will be aged in 50% new French oak barrels. A part of what helped make this wine so good in 2015 is the introduction of a second wine for the brand, La Petite Marquis. 91 – 93 Pts

2015 Ducru Beaucaillou – Dark in color, with a bit of purple around the rim, the wine feels silky, plush and rich on the palate, The sweet fruits have freshness and definition. The tannins are polished like velvet, leaving you with a long sensation of ripe boysenberries, dark chocolate, espresso, licorice and smoke. The finish really lingers on the palate. This is a tremendous wine for the vintage, equal to any of the First Growths. Produced from 95% Cabernet Sauvignon and 5% Merlot, the wine reached 13.42% alcohol with a pH of 3.89 and is aging in 100% new, French oak barrels. 96-98 Pts

2015 Gloria – Licorice, black raspberries and earth create the perfume that leads to a finish laced with freshness, cherries and thyme. This medium-bodied, finesse-styled wine was produced from a blend of 60% Cabernet Sauvignon, 27% Merlot, 7% Petit Verdot and 6% Cabernet Franc. The wine will be aged in 45% new, French oak barrels for about 14 months. The harvest took place from September 21 to October 7. This one should drink well early. If this develops well, and it should, this will be a contender for the best vintage Gloria has ever produced. 91 – 93 Pts

2015 Gruaud Larose – With a medium body and on the bright, red berry side of the style range with cedar and cigar box notes adding complexity, there is a freshness to the fruit, but it is on the lighter side for the vintage. 90 – 92 Pts

2015 La Petite Marquis – The debut vintage for this new wine from the Delon family shows a true commitment to quality. Jean Hubert Delon has always considered Clos du Marquis to be a unique brand and not a second wine, as it comes from its own specific terroir. Regardless of how you look at it, adding a second wine (or a unique wine) only improves the top wine, which is the goal. La Petite Marquis is produced from a blend of 52% Cabernet Sauvignon and 48% Merlot, a much higher percentage of Merlot than you’ll find in Clos du Marquis. Tobacco and black cherry on the nose, fresh but slightly tart on the palate with a splash of dark chocolate and cassis in the finish produced a wine that should drink well with just a year or two of age. 86 – 88 Pts

2015 Lagrange – Deep ruby in color, this full-bodied wine is packed with crisp, crunchy cassis and black fruits. The tannins are present but ripe and the fruit has freshness and persistence in a slightly stoic but creamy finish. Only 35% of the harvest was placed into the Grand Vin. This wine was produced from a blend of 75% Cabernet Sauvignon, 17% Merlot and 8% Petit Verdot, reaching 13.3% alcohol. 90 – 92 Pts

2015 Lalande-Borie – Sweet, round fruits, soft textures and a blast of chocolate covered cherry, plum and licorice that drinks well young and it sells for a fair price. What more can you ask for in a value Bordeaux wine? 87-89 Pts

2015 Le Petit Lion de Marquis de Las Cases – A blend of 60% Merlot and 40% Cabernet Sauvignon brought together a wine with St. Julien character that can be enjoyed on the young side. With dark fruits and tobacco in its earthy, medium bodied personality, it won’t take long to deliver the goods. This wine reached 13.85% alcohol. 88 – 90 Pts

2015 Leoville Barton – Deep garnet in color, the first thing you notice about this wine is fresh, dark, red berries, espresso and cherries. The tannins feel creamy and the wine is balanced, finishing with juicy, peppery, fresh, ripe fruits. The fruits linger nicely in the finish. Blending 86% Cabernet Sauvignon and 14% Merlot, this wine reached 13% alcohol and is aging in 60% new, French oak barrels. 93 – 95 Pts

2015 Leoville Las Cases – Showing a good depth of color, this wine is firm yet elegant, powerful yet polished. Full-bodied and loaded with ripe fruits and a wall of tannins to match, there are multiple waves of cedar, earth, blackberries and cassis. It’s hard to say when this will be ready to drink but this is a very high quality, classically built wine for patient consumers, as it’s going to take 15-20 years to show its best. Produced from a blend with an unusually high percentage of Cabernet Sauvignon at 85%, followed by 9% Cabernet Franc and 6% Merlot, this wine reached 13.8% alcohol with a pH of 3.70 and is now aging in 85% new, French oak barrels. The harvest took place from September 22 to October 9. 95 – 97 Pts 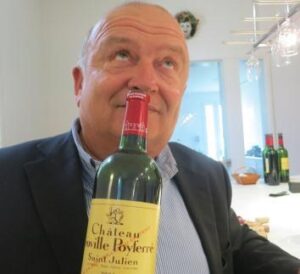 2015 Leoville Poyferre – Deeply colored with an initial blast of cassis and blackberry, this wine has freshness, polished tannins and a long, lingering, tannic finish with both depth and structure and gust of sweet, ripe, dark-red skinned fruit. Blending 65% Cabernet Sauvignon, 26% Merlot, 6% Petit Verdot and 2% Cabernet Franc, this wine reached 13.47% alcohol. The harvest took place from September 24 to October 10. 94 – 96 Pts

2015 Moulin-Riche – An approachable style of St. Julien with an elegant personality, smooth tannins and a cassis, thyme-filled finish that should offer stylish pleasure while it’s young. 87 – 89 Pts

2015 Saint-Pierre – Cassis, dark chocolate, licorice and floral notes create the perfume. Not as ripe as you’ll find in other more exalted, previous, recent vintages, this closer to being elegant in style with freshness and a spicy, cherry and cassis finish. Produced from a blend of 75% Cabernet Sauvignon, 15% Merlot and 10% Cabernet Franc, the wine reached 13.7% alcohol with a pH of 3.72 and is now aging in 50% new, French oak barrels. The harvest took place from September 21 to October 7. 92 – 94 Pts

We are making progress. With luck and a little more editing work, we should be able to release all our notes and scores for the 40 best, 2015 Margaux wines tomorrow! As always, at least that is the plan. It is worth the read. In fact, as a tip, there are a few estates that made the best wine they have ever produced! Also, if you have any questions, comments or suggestions, or just want to talk about wine, feel free to post.