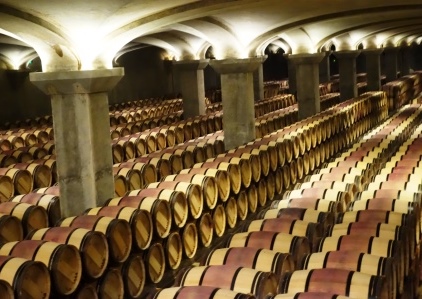 Margaux is a large appellation with a wide array of diverse soils, microclimates and terroirs. That vast array of soils and terroir, coupled with different levels of willingness and ability to make the sacrifices needed to produce 2013 Margaux, led to more variance in the levels of quality found in the Margaux appellation. For a summary and overview of the 2013 Bordeaux Campaign so far… 2013 Bordeaux Vintage and Futures Campaign Summary

As you might expect, especially with a vintage like 2013 Margaux, the numerous chateaux that occupy the best terroir are also the estates with the financial ability to take the 2013 Margaux vintage (which would have been a total disaster just 20 years ago) and craft some nice, fresh and stylish, albeit light in style, lower alcohol wines that will provide fun, early drinking experiences. At the other end of the spectrum for 2013 Margaux, the estates with terroir lacking the same level of quality, combined with less-resources were not able to produce wines at close to the same level of quality. In some vintages like 2009 and 2010, while the differences in quality are noticeable between the properties at all ends of the spectrum, those variances are much more pronounced in a difficult vintage like 2013 Margaux.

2013 L’Aura de Cambon – Deep in color with smoke, licorice, blackberry and jam notes, this wine’s soft finish leaves with you silky blackberries. This will be hard to find, and fun to drink young. 88-90 Pts

2013 Brane Cantenac – With floral, earth and cherry notes, this elegantly styled wine has a core of fresh cherries and soft, dusty tannins in the finish that will want to consumed in its first decade of life. From a blend of 84% Cabernet Sauvignon, 14% Merlot and 2% Cabernet Franc, the wine reached 13.1% alcohol with a pH of 3.66. From yields of 22 hectoliters per hectare, the Grand Vin represents 38.9% of the production. 88-89 Pts

2013 Cantenac Brown – Black cherry, spice and herbs open this medium-bodied wine that ends with bright cherries and an open finish. From a blend of 68% Cabernet Sauvignon and 32% Merlot, the wine reached 13.1% alcohol with a pH of 3.6. The wine represents 40% of the harvest and is aging in 60% new French oak. 88-90 Pts

2013 Cantenac Branne Blanc Brio – From a blend of 90% Sauvignon Blanc and 10% Semillon, the wine is fresh, refreshing and lively, packed with ripe lemon, grapefruit and minerality. 92 Pts

2013 d’Issan – Floral, black cherry and tobacco in character, the wine is medium bodied, soft, forward and fresh with more dark cherries in the finish. From 74% Cabernet Sauvignon and 26% Merlot, the wine reached 12.83% alcohol with a pH of 3.69. The wine is aged in 50% new oak. With yields of 28 hectoliters per hectare, the Grand Vin represents 55% of the harvest. 90-91 Pts

2013 Desmirail – Opening with light, bright strawberries, this wine has a fresh palate presence and a quick cherry finish. There is not much wine in this bottle. 82-84 Pts

2013 Ferriere – Leaf, tobacco and red berry are the best aromas in this lean wine. Light in style and focusing on tart, red fruits, this wine will be best young. 83-85 Pts

2013 Giscours – Shy aromas of vanilla, flowers, dark strawberry and earth get stronger with coaxing. The wine is medium bodied, bright and fresh with cassis and crisp, soft strawberries in a finish that leaves a good impression. This is a very strong wine for the vintage. From a blend of 75% Cabernet Sauvignon, 20% Merlot and 5% Petit Verdot, the wine reached 13.3% alcohol with a pH of 3.64. From yields of 40 hectoliters per hectare, the Grand Vin represents 50% of the harvest. The wine is aged in 47% new, French oak. 89-91 Pts

2013 Labegorce – Coffee bean, cherry and earth are on the nose, while the medium-bodied wine ends with a light, easygoing, pomegranate and cherry finish that will be appealing on release. From a blend of 50% Cabernet Sauvignon, 45% Merlot, and 5% Petit Verdot. 87-89 Pts

2013 Lascombes – One of the deepest colored wine from the vintage, this wine has a distinct oak-filled nose, soft tannins and an oaky, black raspberry finish. Not for the oak averse. From a blend of 50% Merlot, 45% Cabernet Sauvignon and 5% Petit Verdot. 88-89 Pts.

2013 Malescot St. Exupery – Dark ruby in color with a smoky, black raspberry nose, the wine is soft, medium bodied, fresh and easy-drinking with a minty, black cherry, forward personality. Blending 62% Cabernet Sauvignon, 30% Merlot, 5% Cabernet Franc and 3% Petit Verdot, the wine reached 12.8% alcohol. Produced from 28 hectoliters per hectare, the Grand Vin was produced from 60% of the harvest. The wine is aged in 100% new French oak. 89-91 Pts

2013 Margaux – Floral, tobacco, black cherry, vanilla and kirsch open to a refined and elegant wine, which is surprising due to the high level of Cabernet Sauvignon as well as the vintage’s characteristics. Medium bodied and silky with pure, sweet fruit, this is a very good wine that will offer pleasure young. For the first time in the recorded history of the estate, no Merlot was included in the blend. From a blend of 94% Cabernet Sauvignon, 5% Cabernet Franc and 1% Petit Verdot, with a pH of 3.65. From yields of 22 hectoliters per hectare, the wine represents 38% of the harvest. This is one of the stars of the vintage. 92-94 Pts

2013 Pavillon Rouge – With earthy, floral, spearmint and black cherry aromas, the wine segues into a soft, polished texture and a forward, elegant finish brimming with black cherry and cocoa. From a blend of 84% Cabernet Sauvginon, 10% Merlot, 4% Petit Verdot and 1% Cabernet Franc. 90-92 Pts

2013 Pavillon Blanc – From 100% Sauvignon Blanc, the wine reached 13.1% alcohol. The wine is produced from 40% of the harvest. Grapefruit, orange, honeysuckle and fresh citrus rind grab your attention, while the fresh and sweet lemon core refreshes as it lingers. 92 Pts

2013 Marojallia – Deep in color for the vintage, this wine is tight and needs coaxing to reveal aromas of coffee bean and black raspberry. Soft, polished and forward, it’s all about the sweet black cherries on the palate with a lot of oak in the end note. 88-90 Pts

2013 Marquis d’Alesme – With oak, fennel, black cherry and earthy accents, the wine is soft, polished, fresh and medium bodied with a sweet dark cherry finish. This should drink well on release. The wine reached 13% alcohol and will be aged in 60% new French oak. From a blend of 45% Cabernet Sauvignon, 30% Merlot, 15% Cabernet Franc and 10% Petit Verdot, the wine reached 13% alcohol and is aging in 60% new, oak. The wine was produced from yields of 30 hectoliters per hectare. 89-90 Pts

2013 Monbrison – Light in fruit and body, the wine is bright, lean and on the classic red fruit side of the style range. 82-84 Pts

2013 Palmer – Forest floor aromas are coupled with truffle and black plum in this soft, round wine. Featuring plenty of finesse, the wine ends with polished, fresh black raspberries and a little bit of dust in the finish. This wine is about elegance and purity of fruit. For tasters that feel 2009 and 2010 were too much, this is your year. From 51% Cabernet Sauvignon and 49% Merlot, the wine reached 13% alcohol and will be aged in 55% new French oak barrels. With yields of 25 hectoliters per hectare, only 33% of the wine was used for the Grand Vin. 2013 is the last vintage not to be farmed 100% Biodynamically. Starting in 2014, everything will be 100% Biodynamic. According to Thomas Duroux, with 2013, the biodynamic farming helped balance the vintage. Without it, 2013 would have been much more challenging. The property will property will produce a 2013 historical blend. 91-93 Pts

2013 Alter Ego – Showcasing scents of light blackberry, espresso bean and black raspberry, this light, clean wine has medium body and a red berry finish that will drink well on release. This was produced from a blend of 51% Merlot, 40% Cabernet Sauvignon and 9% Petit Verdot. 88-89 Pts

2013 Prieure-Lichine – Soft and polished, this medium-bodied charmer shows a core of sweet cherry, oak, licorice and earth, while its red berry personality render it ready to drink early. 89-90 Pts

2013 Rauzan-Segla – From a blend of 58% Cabernet Sauvignon, 32% Merlot, 2% Petit Verdot and 1% Caberent Franc, the wine reached 13% alcohol. With yields of 32 hectoliters per hectare, the Grand Vin was made from 39% of the crop. Lead pencil, cedar and blackberry notes open to a medium-bodied wine made with a much-needed light touch. This vintage represents a lighter expression of Rauzan Segla, which will be drinkable early. 90-92 Pts

2013 Siran – From a blend of 55% Cabernet Sauvignon, 35% Merlot and 10% Petit Verdot, this medium-bodied wine displays rustic tannins and a crisp finish with cranberry and cassis. 83-85 Pts

2013 du Tertre – With fennel, spearmint, cocoa powder and spicy, crisp cassis, the wine is soft, polished and fresh. It makes up for its lack of depth with fresh red fruit and easy accessibility. The vintage uses the highest percentage of Cabernet Sauvignon in the history of the estate at 80% of the blend, along with 10% Merlot, 5% Cabernet Franc and 5% Petit Verdot. The wine reached 13.2% alcohol and has a pH of 3.63 with yields of 36 hectoliters per hectare. The Grand Vin was made from 50% of the harvest. 89-91 Pts