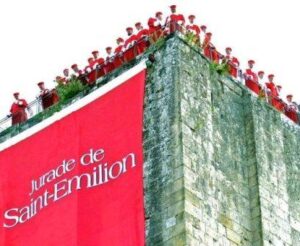 The new official, 2012 St. Emilion reclassification is almost here. The 2012 Bordeaux harvest has also started for the picking of the white wines. It’s a big week in Bordeaux.

The official results of the new, 2012 St. Emilion reclassification are expected this week. In fact, the announcement could come out as early as tomorrow! What do we expect to see? Keep in mind, this is just a guess. I do not have early results. Based on knowing the wines and wineries, this is a forward look at what could happen.

Generally speaking, more properties will receive higher classifications and very few estates will be downgraded. Before we get to specifics, let’s look back at how we got here in the first place.

This unique changing of the classification status every ten years is what lead to the recent wave of lawsuits, To avoid the same results of ending up in court, which is what happened after the last St. Emilion classification, a new system was put into place that is supposed to be impartial. To achieve those results, the INAO put together a team of 7 people from a myriad of different backgrounds and with no official connection to the Bordeaux wine industry. The diverse selection of members making up the team are: Mr. Tinlot (president), Mr. Guigal (Rhone Valley), Mr. Brugnon (Champagne), Mr. Drouhin (Burgundy), Mr. Vinet (Muscadet), Mr. Bronzo (Côtes de Provence), and Mr. Faure-Brac (sommelier).

Rumors are, people are getting ready to complain about the results as the tasters did not come St. Emilion or even Bordeaux!

With all this in mind, here’s a guess at what could, or should happen when the official results are finally released.

Chateau Pavie and Chateau Angelus could both be elevated to Premiers Grands Crus Classe A status! Keep in mind, part of what goes into having an estate worthy of that rarified level of Classification is the quality of the reception area. Have you seen all the construction that has been taking place at Chateau Angelus and Chateau Pavie? Plus the quality of both wines has been remarkably consistent of the past 20 years. While it’s of no merit to many people, the elevation of Chateau Pavie would be a feather in the hat of Robert Parker, as he has remained the number one supporter of the efforts that Gerard Perse has put into Chateau Pavie. Other critics have lambasted the wines of Pavie, but Robert Parker has remained steadfast.

“Premier Grand Cru Classé” status should be awarded to some wineries. Their level of quality over the past 15 years has been very high. Before we start with who should be elevated, who deserves to be downgraded? While I do not expect any estate to be demoted from “Premier Grand Cru Classé, based on the quality of the wines produced over the past 15 years. As well as their selling price, Trotte Vieille and Magdelaine do not produce wine at the level of the other members of the club. While Beausejour Duffau made what could be contenders of wine of the vintage for St. Emilion in 2009 and 2010, they have been an underperformer since 1990. The same can be said for Belair Monange. It’s a difficult call for both estates. If the judgment truly reflects the past 15 vintages, there’s an issue. But the wines produced since Nicolas Thienpont and Stephane Derenoncourt at Beausejour Duffau joined the winemaking team have been nothing short of stellar. Chateau Belair Monange since 2008, following the change in management to Ets Moueix have also shown marked improvement.

Who should or could be elevated to “Premier Grand Cru Classé”?

Château Canon La Gaffeliere is another remarkably consistent producer that has made strong wines since 1990.

La Mondotte sits on a great terroir. The wines are stellar, mineral driven St. Emilion wines that show a level of consistency since 2000. Plus the wines sell for a lot of money in the marketplace. The estate is not currently classified.

Valandraud – With Valandraud, the wines made over the past few vintages since Murielle Andraud took over the wine making have been stellar. The selling price is also quite high. The wines have been remarkably consistent since 1995. But they have a variety of terroirs. To earn the status of Premier Grand Cru Classé, they would have to stop using some vineyards in different terroirs, which would lower the quantity of Valandraud which could serve to make the wine even better. At a minimum, Valandraud easily deserves Grand Cru Classé status. At the moment, they remain unclassified.

Rol Valentin – Perhaps, but their wine comes from 2 different terroirs, which is a problem.

Some of the estates that should be demoted to Grands Cru, Bergat, Cadet Piola, Haut Sarpe, Laniote, Le Prieure, Matras (merged into Canon. For 2012, the production will be placed into Clos Canon) Moulin du Cadet, Ripeau, Saint Georges-Cote Pavie

Would anyone like to wager on how many estates file an appeal?