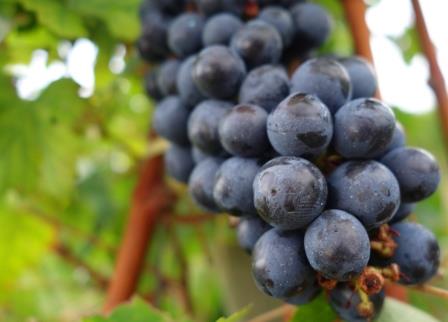 There is a holiday for almost anything these days. Fortunately for wine lovers, that is, wine lovers who enjoy wines made from Cabernet Sauvignon, August 30, 2012 was deemed National Cabernet Sauvignon Day!  The celebration actually takes in all Cabernet based wine, so this could include Cabernet Franc as well.  This means that all over the world, for the third year in a row, people are opening wines produced from Cabernet Sauvignon. Not that most of us need another reason to open a bottle of wine. I know I don’t.

Before you reach for that bottle of Cabernet in your cellar, lets take a look at the history and character of wines produced from Cabernet Sauvignon.

Cabernet Sauvignon comes in all shapes and sizes and produces an incredible array of wines, and wine styles. If you want to read about wines we’ve tasted from Cabernet Sauvignon, please see our Wine Tasting Notes. At the end of this article, I’ll share a tasting note from one of the best Cabernet Sauvignon wines I’ve had in ages. However, if you’d like to know more about this amazingly, complex, versatile grape, please read on. And if you’re reading this article with a glass of wine in your hand, that’s even better!

Cabernet Sauvignon is planted all over the world in a myriad of climates. It reaches its full potential in Bordeaux, especially in the Meodc as well as in Pessac Leognan. It is used to produce much of the world’s most expensive wine. It is also used to make a lot of inexpensive wine.

While Cabernet Sauvignon is perhaps the most famous red wine grape in the world, it was created relatively recently. At some point in the 17th century, French wine growers crossed Cabernet Franc and Sauvignon Blanc to create a unique grape with special flavors and tough, thick skins that made it easier to grow. The grape began earning a good reputation for producing strong wines of character in the 18th century. This was due to its success in the Bordeaux wine region. It seems to have first taken hold in the gravel based soils of Pauillac, the home of three of the five First Growth chateaux. Chateau Mouton Rothschild, then known as Chateau Brane Mouton and Chateau d’Armailhac were two of the first well-known Bordeaux wine producers to embrace Caberent Sauvignon. Today, Cabernet Sauvignon is the dominant grape in the Left Bank of Bordeaux. Cabernet Sauvignon is also the most important grape in Pessac Leognan, although it has competition with Merlot.

In Pomerol, based on recent vintages, Chateau Clinet uses between 10% and 15% Cabernet Sauvignon in their wine. More often, if a Right Bank chateau includes it in their wine, on average, it ranges from 5-15% of the blend. The rest of the blend is usually Merlot, Cabernet Franc or both. In California, many wineries produce wine from 100% Cabernet Sauvignon, although blends are common as well. Cabernet Sauvignon based wines are the most expensive wines produced in California, with prices for Screaming Eagle hitting well over $1,000 per bottle! Harlan Estate is not far from that price point either.

At its best, Cabernet Sauvignon produces wines with deep, dark colors that offer complex scents and concentrated flavors ranging from blackberries, creme de cassis, black cherries, boysenberry, blueberry and chocolate when young, to fragrances of tobacco, truffle, cedar wood, earth, lead pencil and leather when mature. When the berries are not ripe, distinct aromas of green peppers or olives can be found. The wines can be rich and concentrated, as well as tannic. Cabernet Sauvignon wines have the ability to age for decades when grown in good soils and allowed ample time to ripen. 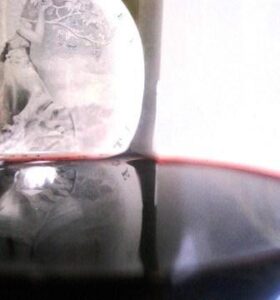 With prices where they are, opening a First Growth, Screaming Eagle or bottle of Harlan is a rare treat. Quite often, these tremendously, expensive wines do not offer an experience close to their cost. For lovers of California Cabernet Sauvignon, this was about as good as it gets. The first thing you notice is how young, fresh and vibrant the wine is. For the tasters who think high alcohol wines do not age, this wine refutes that argument. With an explosive nose of licorice, coffee bean, earth, blackberry, spice and cigar box, the wine coats your mouth with flavor. Rich, plush, round and palate filling, there is a beautiful sense of purity to the fruit. There is no sensation of heat, even though the wine could be above its stated 14.5% alcohol level. Everything is in balance. the wine is not an over the top tasting experience. This has morphed into an elegant, sophisticated, California Cabernet. 98 Pts