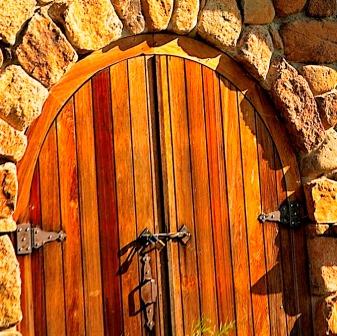 If any wine exemplifies the California Cult wine phenomena, it’s Screaming Eagle, which made its auspicious debut with their 1992 vintage. Within two short years, the wine quickly shot to the top of the hot, must have collectible charts. In fact, the current price for the 1992 Screaming Eagle has soared to over $7,000! That’s per bottle, not per case!

Screaming Eagle was purchased by the original owner and founder, Jean Phillips in 1986. Jean Phillips was a popular and successful realtor in the Napa valley. Jean Philips is responsible for helping many of the newer top wineries sell to their current owners.

Knowing where the best soils were, Jean Philips began acquiring land for Screaming Eagle in 1986 one small parcel at a time. For the first few years, the fruit was sold to various, local Napa wineries.

In part, it was on the advice of Robert Mondavi that Jean Philips move from grower to wine maker as the wines made from that parcel of vines were special. Jean Phillips hired Heidi Barrett, (Wife of Bo Barrett from Montelena) as her first winemaker. The debut vintage of Screaming Eagle was produced from the 1992 harvest.

Here’s something most people don’t know. For the first Screaming Eagle vintage, part of the harvest was aged in a special barrel, with an engraved top. For good luck, that same barrel has been reused for each subsequent vintage of Screaming Eagle ever since. And yes, the new owners proudly carry on that tradition.

Jean Phillips sold the winery in 2006 to Charles Banks and Stan Kroenke for a sum rumored to be in the neighborhood of 30 million dollars. Although rumors said the sum was actually a lot more money. At that time, Andy Erickson was the winemaker and David Abreu managed the vineyards.

The initial purchase was for a total of 57 acres. One of the first decisions the new owners made was to replant a large portion of their vineyards. The replanted close to 70% of their entire vineyard! This proved to be a shrewd move for numerous reasons.

First, a large portion of the vineyard was being sold to other wineries. By removing those vines, it allowed the new owners to terminate those contracts, keeping their entire harvest. Next, it allowed for the production of Screaming Eagle to increase and with their spare no expense attitude, they were also able to improve the wine they were producing at Screaming Eagle.

The first major purchase for Charles Banks was Mayacamas. In a game of musical chairs with wine, the first winemaker at Screaming Eagle for the new owners, Andy Erickson left to join Mayacamas! 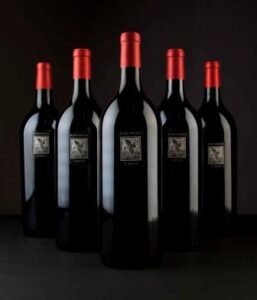 Early vintages of Screaming Eagle were priced at $75, if purchased direct from the winery as a member of their exclusive mailing list. By 1995, Phillips raised the price to $125. At that time, that was the most expensive wine produced in California.

The new owners quickly raised the price of Screaming Eagle to an unheard of $750 per bottle! Even at that price, Screaming Eagle continued to sell, even in the aftermarket for more money than purchasers were paying for the wines on the Screaming Eagle mailing list.

Prices again escalated with the release of the 2010 Screaming Eagle. The wine was offered to the few customers on the mailing list lucky enough to pay $850 per bottle, or $2,550 per three pack! Believe it or not, the aftermarket will still reward customers selling their treasured allotment.

Screaming Eagle has gone through a few winemakers since the estate was first created ranging from Heidi Barret, Andy Erickson and now Nick Gislason, who previously worked at Harlan Estate. The then 29 year old Nick Gislason was officially named the winemaker at Screaming Eagle in September, 2012.

Screaming Eagle is expensive, but the winery is focused on making the best wines possible. To give you an idea of their commitment, they declassified most of the 2017 Screaming Eagle harvest. This was due to smoke contamination from the 2017 wildfires that decimated parts of California. The majority of the production was placed into their second wine. However, long-time mailing list customers were allocated 1 magnum per person.

An announcement from Screaming Eagle in July stated they would cut production of the Sauvignon Blanc to one barrel, ostensibly to thwart purchasers from reselling the wine on the open market. The Sauvignon Blanc is being offered for sale to mailing list customers for $250 per bottle. 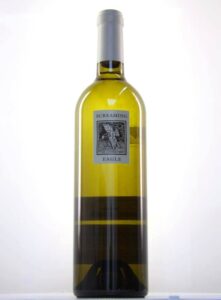 Starting in 2012, Screaming Eagle began releasing a second wine called “Second Flight”. The fruit used for Second Flight comes from young vines and declassified wine that was deemed not fit for Screaming Eagle. The debut release was offered to mailing list customers for $225 per bottle and included a vertical from 2006, 2007, 2008 and 2009.

The remainder of the vineyard is used for the production of the Second Flight and a small amount of Sauvignon Blanc. At one point in time, a small amount of Petit Verdot was planted, but those vines were removed following the 1995 harvest.

Located in Oakville, off the Silverado Trail, not too far from Dalla Valle, the vineyard is planted to 60% Cabernet Sauvignon, 30% Merlot and 10% Cabernet Franc.

The vineyard can be divided into at least 52 separate parcels. The soils and terroir of Screaming Eagle consist of rocks, stones, gravel, loam and clay soil. What makes the soil of Screaming Eagle unique, is the multitude of changes take place in the sub soils. Each variance in the soil adds to the complexity in the wine. There are slopes and hills in the vineyard, along with a west facing exposure.

The unique micro climate provides an early ripening terroir. Screaming Eagle is often one of the first vineyards in their part of Napa Valley to harvest. When the young vines are matured to the point where the owners of Screaming Eagle are happy with the results, the production of the most expensive Cult wine in California will rise to at least 1,000 cases.

The wine of Screaming Eagle is vinified in various oak tanks, barrels and stainless steel tanks that correspond to the size and need of each plot.

This label is attached between the foil and the bottle. The creates a serious anti counterfeiting measure that cannot be detached without the seal and foil being visibly damaged. Consumers can go to the Screaming Eagle website and enter the serial number of the bottle to find out if their bottle is genuine.

Screaming Eagle Cabernet Sauvignon is best served at 15.5 degrees Celsius, 60 degrees Fahrenheit. The cool, almost cellar temperature gives the wine more freshness and lift. Young vintages of their Cabernet Sauvignon wine can be decanted for 1-3 hours, depending on the character of the vintage. This allows the wine to soften and open its perfume. Older vintages might need very little decanting, just enough to remove the sediment.

The white wine of Screaming Eagle is best served with all types of seafood and shellfish, sushi, sashimi, chicken, veal, pork and cheese.

Price aside, Screaming Eagle is a contender for the finest Cabernet Sauvignon produced in California. The wine displays intense purity, balance, soft textures and a unique character that makes this a true world class wine. Screaming Eagle is not about power, it’s about elegant, refined, pure fruit and rich, silky, velvet drenched textures.

Stan Kroenke maintains numerous interests in wine related ventures and investments all over the world. In California, Stan Kroenke owns Jonata. Located in Santa Barbara in Santa Ynez, Jonata produces 8 different wines that are made from an assortment of grape varieties. In addition he also owns The Hilt, located in northern Santa Barbara, in the Santa Rita appellation which focuses on producing Chardonnay and Pinot Noir.

In January, 2017, Stan Kroenke purchased one of the best producers in Burgundy, Bonneau de Martray. Kroenke also maintains investments in a diverse array of industries, including his sports empire. He is the owner of the Los Angeles Rams football team and majority the Aresenal, one of the top football clubs in the Premier League. Additionally, he owns the Denver Nuggets, the professional NBA team and 2 pro soccer clubs, Colorado Avalanche and the Colorado Rapids.