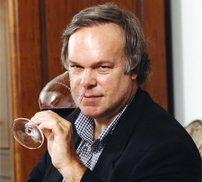 Setting a record for 100 Pt wines in a vintage, Robert Parker, the world’s most important wine critic awared sixteen Bordeaux wines from the much hearlded 2009 Bordeaux vintage, triple digit scores. This is important because it is the views of Robert Parker that often set demand and price for the best Bordeaux wines. Wines from Pauillac, St. Julien, Graves/Pessac Leognan, St. Estephe.  Pomerol and St. Emilion reached triple digit status.

The rest of Parker’s report from The Wine Advocate is slated for release later today. Consumers and Bordeaux wine producers are anxious to read the rest of Parker’s report. For consumers, writers, bloggers, chateaux owners and merchants that claim Parker’s influence is slipping, this report from Parker will show where he stands in the eyes of wine consumers all over the world.  Will this strong report revive the moribund Bordeaux wine market? We say yes.  Time will tell.

Don’t kill us. We’re just the messenger. We’ve awarded numerous high scores to these wines since first tasting them in 2010. As we have reported, 2009 Bordeaux are a wonderful style of wine. They are rich, sexy, opulent and in the best examples, offer decadent drinking experiences. Congratulations to the following Bordeaux chateaux.

If you have comments or questions, please feel free to post your views now.