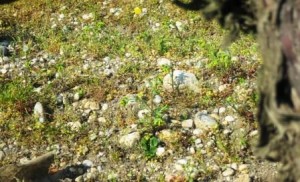 2012 St. Estephe is probably the least successful major appellation in the Medoc for this vintage. To produce the best 2012 St. Estephe wines possible, growers were forced to pick before the Cabernet Sauvignon was able to fully ripen. Often the tannins are hard, showing a dry, green character in the finish. 2012 St. Estephe is a year where a light touch was needed, else the wines display a green, dry and tough character.

2012 Calon Segur – The first vintage under the new owners is ruby in color with coffee, blackberry, cassis, spice and earthy notes. It offers bright and fresh fruits with some dryness and tough, rustic tannins in the finish. 87-89 Pts

2012 Cos d’Estournel Blending 75% Cabernet Sauvignon, 22% Merlot, 2% Cabernet Franc and 1% Petit Verdot, the wine reached 13.79% alcohol, with a pH of 3.75 and will be aged in 70% new French oak. The first vintage produced with Aymeric de Gironde at the helm after the departure of Jean Guillaume Prats offers the estates’ tell-tale Asian spice scents, complicated by boysenberry and jammy black cherry. Medium/full-bodied, this a lighter-bodied, firm style of Cos d’Estournel, when compared against other, more recently heralded, vintages. 90-93 Pts

2012 Cos d’Estournel Blanc – Zesty lemon, lime, vanilla, grapefruit and kiwi fruits pop with no effort. In the mouth, the wine is fresh, fun and food friendly. 90-92 Pts

2012 Cos Labory – Blackberries and a touch of oak and rustic tannins finish with a core of blackberry and cranberry. 87 – 89 Pts

2012 Lafon Rochet – With forest, tobacco and leaf aromas, along with scents of mocha, the palate offers cherry and cranberry sensations, but the finish is a bit too dry. 87-89 Pts

2012 Lilian Ladouys – 55% Cabernet Sauvignon and 45% Merlot, the wine reached 13.1% alcohol and will be aged in 50% new French oak for between 12-14 months. Smoke, stone, cassis, leaf and pepper scents open to a medium-bodied, fresh black cherry-filled wine with a sweet and tart black raspberry finish. 88-90 Pts

2012 Montrose From a blend of 57% Cabernet Sauvignon, 37% Merlot, 5% Cabernet Franc and 1% Petit Verdot, the wine sported deep colors. Earth, coffee, stone and blackberry notes require effort to find. Cassis and black fruits share the stage with minerality and a tannic backbone. With time, this should come together nicely. 91-93 Pts

2010 Le Dame de Montrose – For the second wine, the estate blended 76% Merlot with 24% Cabernet Sauvignon to produce a forward, crowd-pleasing and soft style of wine. 87-89 Pts

2012 Ormes de Pez – With 46% Cabernet Sauvignon, 44% Merlot, 8% Caberent Franc and 2% Petit Verdot in the blend, the wine will be aged in 45% new French oak. With cedar wood, black cherry and herbs, this medium-bodied wine has a four-square style and ends with a simple cassis finish. 85-88 Pts

2012 Tronquoy Lalande – Blending 57% Merlot, 40% Cabernet Sauvignon and minor bits of 2% Cabernet Franc and 1% Petit Verdot produced a wine showing jammy black raspberry, earth and herbs. This fresh and medium-bodied wine offers a minor hint of oak, which adds to the finish. The wine was made in an easy-to-like style and should drink well early. 88-90 Pts