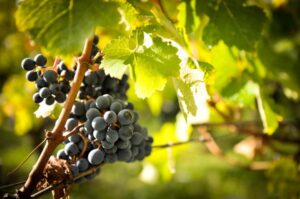 Bordeaux is a massive wine producing region. Bordeaux is also the world’s most popular wine region. In France, Bordeaux is the second most visited city. Only Paris receives more visitors each year than Bordeaux!

While the majority of the news, press and attention on Bordeaux wine is focused on the top chateaux and producers, 1855 Classified Growths and the best wines from the prestigious Right Bank appellations.

The 60 appellations of Bordeaux are planted on a wide variety of different soils and terroir. Detailed look at Bordeaux Terroir and Soil Today, there are less than 6,000 different chateaux in the region. Each estate has an average of just under 20 hectares of vines in their vineyard. Those 6,000 wineries and vineyards make more than 9,000 different Bordeaux wines every vintage.

Vineyards and the size of the chateaux holdings have always changed in Bordeaux since the region was first cultivated.

The trend in Bordeaux for the past several decades has been consolidation. As an example, during the 1990’s, very few estates had more than 100 planted hectares of vines. Today, there are close to 50 different properties consisting of more than 100 hectares.

Hundreds, if not thousands of smaller vineyards have been annexed. During that same time period, the number of estates has also fallen dramatically.

In fact, only 1% of all vineyard in Bordeaux are 2 hectares or less today. 70% of all Bordeaux vineyards are at least 20 hectares, or 50 acres in size. In 1995, close to 14,000 different growers were active in Bordeaux. That is no longer the case today.

By 2015, that number was cut almost in half, with only 7,375 growers remaining. That trend towards consolidation continues. In 2020, less than 6,000 different estates were active in Bordeaux with each vineyard hovering at close to 20 hectares of vines. For those of you that like all the facts, the largest vineyard in Bordeaux is Chateau La Borne, with 321 hectares of vines. La Borne is a generic Bordeaux AOC producer.

The smallest vineyard in the Left Bank of Bordeaux is Chateau Linot at .7 hectares in the Saint Estephe appellation. There are even smaller properties in the Right Bank. In Pomerol, Enclos-Tourmaline was only .5 hectares of vines until they recently added more land.

Number of bottles and cases of Bordeaux wine produced each vintage in an average year.

In value, more than 2.5 billion Euros of Bordeaux wine are produced each year! Bordeaux is the largest wine-producing region in France and arguably the most important, influential and popular wine region in the world!

To give you an idea of the size and scope of the entire Bordeaux region, close to 900 million bottles of wine are produced of Bordeaux wine in most years!

The total amount of production of all Bordeaux wines has steadily increased since the 1960s, when the entire Bordeaux region produced close to 500 million bottles of wine.

That is a lot of wine! In fact, if you compare Bordeaux to all the other wine regions in the world, close to 1.5% of the entire world’s wine comes from Bordeaux!

The production of Bordeaux wine represents close to 15% of all the wine produced in France every year. While 65 million cases of Bordeaux wine per year is an ocean of wine, most of the press, consumer interest, retail sales and this web site, The Wine Cellar Insider is focused on as a guess, less than 5% of that total.

In round numbers, of those 65 million cases of Bordeaux wine sold each year; 26% of all Bordeaux wine cases are priced at less than 3 Euros per bottle.

In fact, less than 3% of the entire production of Bordeaux, which is roughly 2,000,000 cases of wine, out of 65 million cases of Bordeaux sell for more than 15 Euros per bottle.

As you can see, the vast majority, 71% of Bordeaux wine is priced between 3 Euros and 15 Euros per bottle. As we pointed out earlier, clearly, very little Bordeaux wine sells for a lot of money.

But it is those famous and highly sought after bottles from the top chateaux that command all the press and attention.

Today, slightly less than 60% of all grapes harvested are used to produce Chateau bottled wines. The remaining 40% of the harvest is sold to Negociants, cooperatives and to larger estates to produce branded wines.

However, those facts and figures do not tell the entire story. While there is clearly an ocean of Bordeaux wine produced every year at the top estates, the trend over the past few decades has been to place less wine into the Grand Vin.

Yields are lower at the better managed chateaux and the percentage of wine allotted to the Grand Vin is less due to various reasons.

In the continuing efforts to produce higher quality wine in Bordeaux today, selection is stricter in the vineyard and in the cellar. Now, more wine is placed into second, third and sometimes even 4th wines of the best estates.

More wine is declassified. At the top end, this means that the supply is actually lower, than for previous generations. Keep in mind, this is for the most famous, collectible estates, which represent only a small fraction of all Bordeaux wine produced.

Organic Farming continues increasing in popularity. By 2020, close to 10% of all Bordeaux vineyards were either fully organic or at least experimenting with organic farming on at least a portion of their vineyards. More than 11,000 hectares of vines were certified as fully organic by 2020.

Biodynamic farming is also on the rise. The influence of Chateau Latour, Chateau Pontet Canet, Chateau Palmer, Chateau d’Yquem and Chateau Climens, as well as other properties biodynamically certified cannot be underestimated.

Bordeaux, due to its fame, that is to a large degree generated by the famous First Growth chateau, along with the wines known as the Super Seconds, continuous presence in auction houses all over the world and its knowledge of modern vineyard techniques and wine production remains the most influential wine producing region in the world.

Bordeaux, like all of Europe has a long standing system for the creation of their appellations that are governed by the INAO. These are art of the same rules and laws most of Europe operates under. Vineyards, Grapes of France and Appellation Laws

The Bordeaux wine region has numerous laws to help regulate its production, or to make things difficult, depending on your point of view. Bordeaux is the most classified wine region in the world. With the exception of Pomerol, all the major wine regions are classified.

However, it’s important to note, that even though Bordeaux is heavily classified, the chateaux that are classified produced less than 5% of the total volume. The largest classification is the chateaux classified as Cru Bourgeois.

Today, more than 25% of all the wine produced, bottled and sold from the Medoc is currently classified as Cru Bourgeois.

Over the centuries the amount of red and white wine produced in Bordeaux has shifted. Currently, far more red Bordeaux wine is produced each year. That was not always the case. At one point, the dry white wines of Bordeaux were extremely popular.

Generic Bordeaux wine is the most widely produced wine of the appellation, followed by Bordeaux Superieur. Of the most important appellations, Margaux has the largest production, while Pomerol has the smallest.

While the production of generic Bordeaux wine that sells for an average of 3 Euro per bottle is massive, producers selling their wine for that small an amount of money are in trouble, as their wines are not selling.

It is the hope of the region that many lower priced producers no longer make Bordeaux at that level, while at the same time, it is the goal of the Bordeaux wine region to increase production for more expensive wines. Close to 60% of all Bordeaux wine is consumed in France.

That number continues to decline, as the French are drinking less wine per person today, than at anytime in the past. Even though the French continue to consume the largest percentage of Bordeaux wine in the world, it’s important to note, a large portion of that is lesser priced wine. Much of the wine produced by the famous chateaux of Bordeaux is exported outside of France.

Grapes varieties and percentages in hectares in the Bordeaux wine region.

Bordeaux is a region dominated by the production of red wine. Close to 90% of Bordeaux wine is red. The most widely planted grape variety is Merlot, followed by Cabernet Sauvignon.

For a rough look at the grape varietal plantings in the Bordeaux appellation for red wine in 2020. This shows a slight increase in Merlot and a decrease in Cabernet.

As you can see, Carmenere is almost extinct in the Bordeaux wine region today.

For a rough look at the white grape varietal plantings in the Bordeaux appellation for the production of white Bordeaux wine in 2020:

The shows a big trend in Bordeaux with s large increase in Sauvignon Blanc and a decrease in Semillon along with Muscadelle.

The remaining 3% of the Bordeaux wine region used in the production of white Bordeaux wine is planted to a variety of grapes including; Sauvignon Gris, Colombard, Folle Blanche and Ugni Blanc. Colombard and Ugni Blanc are mostly found in the Entre Deux Mers and Cotes de Bourg appellations.

Those grape varietals are used in the production of very, inexpensive, generic, dry, white Bordeaux wine. A few hectares are also devoted to Chardonnay in Bordeaux. But as Chardonnay requires different soils, it almost non existent in Bordeaux.

Overview of the top appellations in Bordeaux.

To give you a rough idea of how the Bordeaux appellation breaks down in terms of hectoliters for the production of its wine:

As of 2013, in terms of volume, China jumped to the top of the pyramid for buying Bordeaux wine as they imported close to 532,000 hectoliters. As a point of comparison, The United States of America imported 159,000 hectoliters.

China for a point in time was the biggest purchaser of Bordeaux wine at the high end, for wines like Chateau Lafite Rothschild and Petrus. That is not the case today. However, China remains the largest buyer of generic, low end AOC Bordeaux wine as well.

Although the actual number of cases of Bordeaux wine imported into England varies, depending on the vintage. But as much of the wine sold to England is resold to other countries, it is difficult to know where all the wine is going. The majority of the top Bordeaux wines and Classified Growths are sold though the negociant system on the Place de Bordeaux.