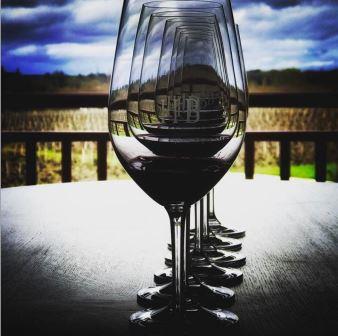 A detailed Bordeaux vintage guide and summary covering the years 1900 to today with detailed information on the different Bordeaux vintage conditions, growing seasons, harvest reports, temperatures and picking dates. Links are offered for buying tips that focus on wines that offer the best quality and price value ratio from every important year in the Bordeaux vintage Guide.

The links on the left side of the page provide you with detailed articles on all the best Bordeaux vintages from the legendary year of 1945, all the way up to today’s current Bordeaux vintage. Just click on the link that interests you in The Bordeaux Vintage Guide. The Bordeaux Vintage Charts 1959 through Today ranks each vintage and provides you with current information on how the vintages are drinking today, and if the wines are ready to drink, need more time in the cellar, or if they are past their optimum maturity date. 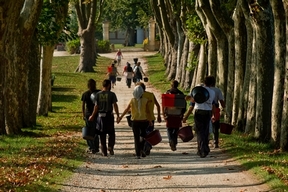 If every picture tells a story, every harvest relates a story as well in this Bordeaux Vintage Guide. Things are different in Bordeaux today.

When you look at the advances in modern Bordeaux wine making and vineyard management techniques, coupled with the willingness to perform the necessary amount of selection in the vineyards and cellars needed to produce the best wine possible, it appears that bad Bordeaux vintages are now a thing of the past. If you don’t agree, look at recent difficult years like 2013, 2011 and 2007 as recent examples.

Think of it like this, a wet, cool year like 2007 would have been a disaster 20 years ago. Today, while dilute, some nice, early drinking wines were produced. For different reasons, 2011 Bordeaux and 2012 Bordeaux would have produced extremely weak wines for previous generations. You can learn more about specific years in the Bordeaux Vintage Guide.

The style of Bordeaux wine varies from year to year. This is due to the different vintage characteristics shaped by the weather, choices made by the winemaker and the soils and terroir of Bordeaux These variances are what gives that uniqueness to Bordeaux wine. Of course not all vintages are created equally. The best vintages all share commonalities. 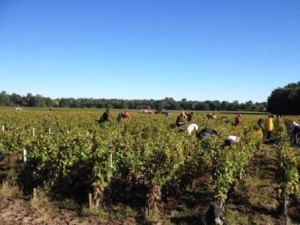 Great Bordeaux vintages begin with a warm, dry spring that allows for fast and even flowering. This results in the majority of grapes reaching phenolic maturity at the same time. Stress to the vines caused by a water deficit during the mid summer, from the time the berries begin changing color, until they reach maturity is paramount. The stress helps concentrate flavor and reduce yields.

Warm to hot days and cold nights, with dry conditions during the summer is the perfect weather patter for helping the grapes reach maximum levels of maturity, while retaining acidity for freshness. Rain close to the end of the summer to re-hydrate the vines, stimulating growth and photosynthesis. Finally, warm, sunny, dry daytime conditions with cool nights during the harvest period add to the greatness of a vintage.

Dry vintages, those in which the vines experience water deficit stress have all been among the best vintages in Bordeaux. As you know, different types of soils and terroir handle each vintage in their own way. This is important to know, as this that can help you find the best wines in every vintage.

There are basically Four different types of Bordeaux vintages which can be subdivided into two categories. You have the early drinking and classic vintages on one end of the spectrum. On the other side of the vineyard, you have the highly sought after, special vintages.

But there is a completely different style of Bordeaux wine that is also highly collectible. Those years produce stunning wines with intensity, concentration, tannin and structure for serious aging. Many of those wines are not fun to drink early, especially the Cabernet Sauvignon bases wines from the Left Bank. 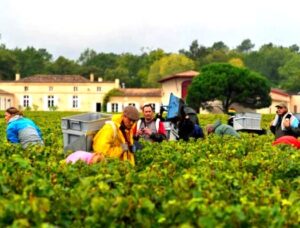 There are also the very difficult vintages that have taken place from time to time, which might offer simple pleasure in their youth, But as the wines age, the fruit fades, and they are not much fun to drink. With the level of sorting that takes place at the top estates today, horrid vintages are a thing of the past.

The unique characteristics discovered in different Bordeaux vintages is a part of what makes wines collecting interesting and fun. That is a good reason to use our Bordeaux Vintage Guide. Comparing wines from the same producer in different years allows you understand the chateau. Comparing wines from a wide array of producers from the same year, lets consumers to discover what took place during specific vintages.

Knowledge and technology have made it possible to produce better Bordeaux than ever before. But no amount of human intervention can alter the unique personality awarded by nature to each Bordeaux vintage. To read details on every Bordeaux vintage from 1945 to today, click any of the links you see on this page.