1929 Bordeaux Wine Vintage Summary with harvest information, vintage characteristics, buying tips and links. If you are seeking more in-depth information on anything and everything in the Bordeaux wine region please see the: All About Bordeaux Wine Guide

1929 Bordeaux is a completely different story. Prior to 1959, it was considered the most opulent, sensuous vintage of the century the day the wines were bottled. 1929 Bordeaux wines were so rich, lush, ripe and sexy when they were first tasted, commentators of the day were convinced the wines would not be long lived. Those types of nonsense comments are still made today with this style of Bordeaux wine. People were convinced 1959, 1982 and most recently 2009 would not last. They were wrong then and they are still wrong today.

1929 Bordeaux wine was successful in every appellation. The Left Bank produced incredibly, opulent, rich wines. In Pomerol and St. Emilion, some of the best wines of the century were produced. 1921 Bordeaux wine did not sell well when they were initially released as the world was in the midst of an economic depression.  Sadly, the wines are tremendously expensive today. Exacerbating the problem is the fact that numerous fake bottles were created, which makes it a dicey proposition to purchase them in today’s world. 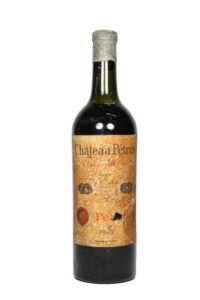 If you can find an original bottle of 1929 Bordeaux wine, and if its been well stored, you are in for an incredible, unequaled, tasting experience.