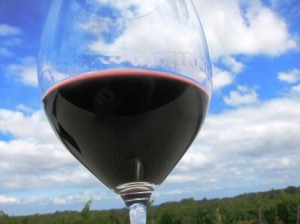 2013 Bordeaux is not the vintage of the century. The growing season, with its cold, damp character made sure of that. 30, 40 or 50 years ago, a year the quality of 2013 Bordeaux would have been a complete disaster.

But that is not what took place with 2013 Bordeaux. With the willingness to sacrifice quantity for quality, the best producers, with the financial ability to do what needed to be done made some fine wine. 2013 Bordeaux is not an exciting, sexy vintage. But having tasted close to 400 different 2013 Bordeaux wines, clearly, there are some nice wines worth drinking.

So, what’s the problem? When it comes to the wine, none. The average scores from the majority of wine writers and critics show the wines at an average of 89/90 Pts for perhaps the top 100 – 200 wines. Clearly, those are the not the scores for a bad vintage.

To get a good idea on all the best 2013 Bordeaux wines, click on any of the following links for an overview on an appellation by appellation basis. The wines were all tasted in Bordeaux in April, 2014.

Had the wines been priced in proportion to consumer demand, while 2013 Bordeaux was never going to be an easy sell, it would not have been an impossible sale. I am all for the open, free market when it comes to pricing. Producers can and should price their wine for what they think the market will bear. But 2013 Bordeaux wines remain unsold. Selling the wines to a negociant is not selling the wine. Merchants need to buy and consumers need to purchase as well for it to be a true sale. For some odd reason, in the great vintages, Bordeaux has a knack for pricing the wines correctly. They might seem expensive to mature collectors that are used to paying lower prices, but for the next generation of wine lovers, the wines seem fairly priced.

I get it. On the one hand, due to the excessive unflattering and at times, unfair press, 2013 Bordeaux was never going to receive a warm reception in the marketplace. Perhaps the price the market was actually willing to pay was unappetizing to the chateau owners. But it would have been nice to see an effort. It is difficult for 2013 Bordeaux to sell through to consumers when others recent, and more successful vintages are available in the market for less money.

On the other hand, there is always another vintage. While some bloggers, the press and wine consumers shout that Bordeaux is ruined for life, to paraphrase Mark Twain, the news about the premature death of Bordeaux has been greatly exaggerated.

You can take this to the bank. The next great vintage that is at the level of quality seen in years like 2000, 2005 or 2009, will make the prices we complained about with 2010 seem like the good old days when Bordeaux was still affordable. Something else you can count on. Bordeaux wine will continue gaining in popularity and sadly price as the wines improve and the customer base expands. Regardless of the increase of quality in the wine, if producers want to see successful futures campaigns take place, consumers need to be rewarded for their risk and faith. That means they want to see prices increase from the price point they paid by a reasonable amount.

In today’s world, futures buyers need to receive at least 20% return on their investment over the 2 year period for buying en primeur. If there is no reward for the risk, where is the incentive for buying early? If prices remain stable, which is fine, buyers should just wait and purchase the wines on release. Prior to the 1982 vintage and Robert Parker, there was no compelling reason for consumers to purchase en primeur. Perhaps a return to buying on release is where the market is headed over the next several years. If that happened, the focus of all the reports and the marketplace would return to the wine, instead of the price.

Speaking of returning to a focus on the wines. the style of the 2013 Bordeaux vintage is on the classic side. The wines are not for long term aging. The majority of the wines will be drinkable on, or close to release. Across the board, they are on the fresh, low alcohol, red berry side of the style range. There are some wine lovers that will prefer the style of 2013 Bordeaux, over more the widely heralded recent vintages like 2009 and 2010, due to its low alcohol, approachability and focus on freshness.

There are producers in every major appellation that made better wine than their peers, and perforce, chateaux that under performed, just like in every year. St. Julien is the most consistent appellation. However, in a year that clearly favored Cabernet Sauvignon, it’s interesting to note that the best 2013 Bordeaux wines came from Pomerol and St. Emilion. 2013 Sauternes produced exceptional wine. 2013 Bordeaux was also very strong for the dry white Bordeaux wines. But keep in mind, 2011 Bordeaux, also produced from a difficult vintage turned out much better in bottle than expected. Having tasted a few 2012 Bordeaux in bottle recently, you can expect some good surprises when those wines hit the store. Perhaps 2013 Bordeaux will also turn out better than expected. It will be interesting to see how the wines develop.

If you want to read detailed interviews on the 2013 Bordeaux vintage and harvest from the top Bordeaux chateaux 2013 Bordeaux Vintage Articles, Interviews, Images