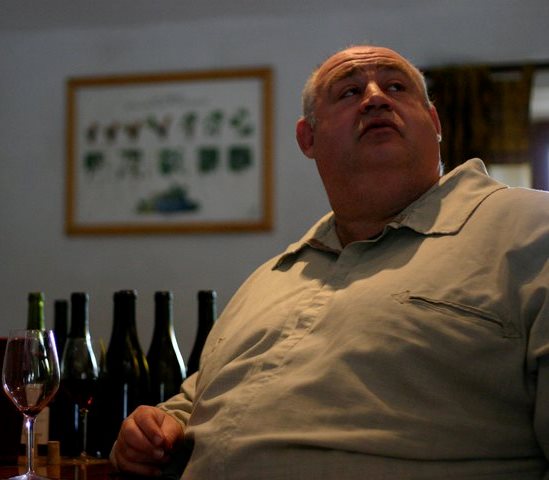 The 2013 Chateauneuf du Pape vintage is year that will be marked by its late maturity. That late maturity took place in vineyards throughout the Southern Rhone Valley. This is similar to what took place in previous vintages like 1970 and 1980.

The 2013 vintage in Chateauneuf du Pape experienced similar weather patterns that affected much of Europe. The year can be easily characterized by its very low yields and relatively atypical equilibria, where fresh fruit and freshness replace power.

In the 2013 Chateauneuf du Pape vintage, the spring was one of the coldest and wettest in recent years. To give an example, there were periods that averaged 1 degree Celsius and only 4.4 Celsius for the maximum temperatures during the months of April, and May. The 2013 Chateauneuf du Pape growing season was not just cold, it was also wet. For example, for the months of April, May and June, the Southern Rhone experienced 217 millimeters of rain. In 2012 during the same period, it rained 165 millimeters. 2011 was quite dry with only 17 millimeters and in 2010, the area received 107 millimeters of rain. Due to the combination of cool weather and damp air, this slowed down the vine growth causes high flowering in the Grenache. Grenache is naturally sensitive to this phenomenon which prevails in the encépagement in the Rhone Valley, especially with the old vine Greanche grapes.

The 2013 Chateauneuf du Pape harvest was long. It started during the second half of September and was not completed until early November. The harvest was spread over a long period of time as you can see, taking place in the first days of September for the young vines. Many estates waited until the end of October for old vines.

The 2013 Chateauneuf du Pape vintage will also be known for its lateness. The vintage was three weeks later than what we have seen over the last decade, which marked a return to the types of harvest dates winemakers experienced much of the time during the 70s.

The vinification for 2013 was conducted quickly, paving the way for red wines with a balance reminiscent of wines from the mid-80s. The style of 2013 Chateauneuf du Pape wines show good acidity and moderate alcohol levels in the Grenache. The wines display a good balance in the mouth due to the natural vivacity of the 2013 Chateauneuf du Pape vintage.

The white 2013 Chateauneuf du Pape wines deliver a nice aromatic freshness with citrus, white flowers and exotic fruits. By their physico- chemical equilibria, they show a beautiful potential. Similar to what took place with the Grenache based red wines, Grenache Blanc was also low in yields. This will allow the Roussanne and Clairette to shine with all their aromatic potential.

For me, the best wines of the vintage comes from Nimes, Lirac, Tavel and Gigondas. Vineyards in those appellations produced some very nice wines combining fruit with power.