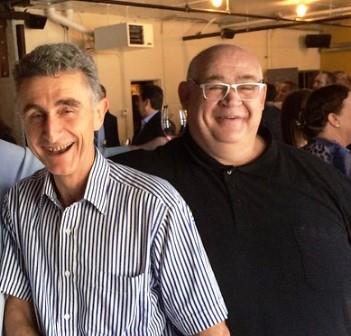 Learn everything about Les Halos de Jupiter Chateauneuf du Pape with wine tasting notes, a history of the property, information on the vineyards, and winemaking. If you want to read about other important wineries and winemakers from the Rhone valley: Links to all Rhone Valley Wine Producer Profiles

Aside from the high-quality wines they are producing in Chateauneuf du Pape, they are also making some of the best value wines in the Southern Rhone Valley with Cercius Vieilles Vignes from vines planted in the Cotes du Rhone appellation. Michel Gassier is also the owner of Chateau de Nages located in the Costieres de Nimes appellation.

In December 2021, Philippe Cambie, the giant of Chateauneuf du Pape passed away at the age of 59. Cambie left behind a lasting impact on the appellation due to his tireless works with numerous vineyards in the Southern Rhone.

Les Halos de Jupiter makes a wide array of wines from other appellations in the Southern Rhone Valley including Costieres de Nimes, Cotes du Rhone, Rasteau, Gigondas and Vacqueyras. Most of these wines seem to be made for export markets outside of France.

Les Halos de Jupiter Chateauneuf du Pape is made from 100% old vine Grenache. The vines are all over 100 years of age from parcels located between Orange and Courthezon. The terroir is a mixture of limestone, sandstone, and small gravel rocks and stone soils.

The grapes are 100% destemmed without any crushing of the fruit. The wine is aged in one-year-old, French oak barrels for 12 months before bottling. The average annual production of this wine is only 320 cases per year.

Les Halos de Jupiter Adrastee is made from 100% old vine Grenache. The vines are over 100 years of age and are planted in the famous La Crau lieu-dit. The grapes are 100% destemmed without any crushing of the fruit. Vinification takes place at 28 degrees Celsius for about 5 weeks.

The wine is aged in one-year-old, French oak barrels for 12 months before bottling. The average annual production of Les Halos de Jupiter Adrastee is only 125 cases per vintage, making it almost impossible to find. But it’s worth the effort to try to find a few bottles, as this is a sublime wine produced in a great style.

Les Halos de Jupiter Chateauneuf du Pape Blanc is made from a blend that is 70% Roussanne and 30% Grenache Blanc. The berries are harvested early in the morning hours in the cold weather to preserve the maximum amount of freshness and avoid oxidation.

With good fortune on their side, for maximum freshness and purity in the fruit, vinification begins within 30 minutes after the grapes arrive at the winery. The wine is vinified in tank and is then aged on its lees with stirring for between 8 to 9 months before bottling.

Les Halos de Jupiter Chateauneuf du Pape Biodynamie seems to have been only produced in the 2009 vintage.

Les Halos de Jupiter can be enjoyed on the young side. Young vintages can be popped and poured, or decanted for about 1 hour, give or take. This allows the wine to soften and open its perfume. Older vintages might need very little decanting, just enough to remove the sediment.

Les Halos de Jupiter is usually better with 3-5 years of bottle age. Of course, that can vary slightly, depending on the vintage. In the best vintages, the wine should be consumed within 4-15 years after the vintage.