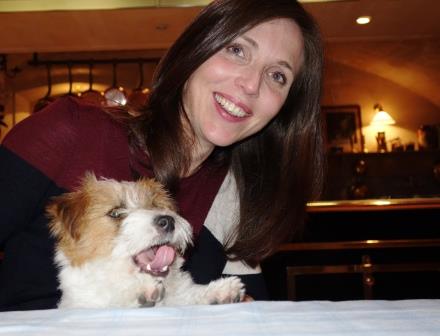 Starting with the 2010 vintage, Caroline Frey, the young, dynamic owner of multiple prestigious estates began producing a new wine made from grapes grown at Chateau La Lagune in the Haut Medoc appellation and from her Domaine Paul Jaboulet Aine vineyards in the Hermitage appellation of the Northern Rhone Valley. The wine will be sold under the name of Evidence.

As reported on Wine-Searcher on 20 May 2014 Bordeaux Rhone Blend Revived The article also offers exclusive quotes from Caroline Frey on the new wine.

The grapes used for the blend are an equal combination of vineyard sources with 50% of the fruit coming from Bordeaux blended with the remaining 50% from Hermitage. The blend of Syrah and Cabernet Sauvignon duplicates a practice that was quite common in the 16th, 17th, 18th and even in the early part of the 19th century when merchants had the option of purchasing Bordeaux wine with the addition of Syrah added to the blend. The Syrah was added to give the wine more color, backbone and structure.

Evidence is not going to be a blend of Jaboulet La Chapelle and Chateau La Lagune. The grapes come from lots that would have been used to produce Jaboulet Thalabert Crozes Hermitage and Le Moulin de Lagune, the second wine of Chateau La Lagune. Interestingly, the fruit will not be co-fermented. Instead, the grapes will be vinified and barrel aged for 12 months at their respective sources. Following 12 months of barrel aging, the wine will be blended at Jaboulet in the Northern Rhone Valley for an additional 18 months. The final barrel aging took place in 15% new, French oak, which explains why the 2010 Evidence is such a late release.

Evidence is not the only Bordeaux wine currently being produced that blends in a bit of Syrah. In 2004, Chateau Palmer introduced their 19th Century Historic Blend. The Palmer 19th Century Historic Blend features fruit from their Margaux vines blended with about 15% Syrah. Since the debut vintage. The wine has had subsequent releases in 2006, 2007 and 2010. In Pomerol, Chateau Bon Pasteur, the Michel and Dany Rolland property made a one off wine that blended 50% Syrah with 50% Merlot that was made in small quantities in magnums and was sold for charity. A total of 50 magnums were produced.

Interestingly, this is also not the first time Caroline Frey has produced a wine blending Syrah with Bordeaux varieties. In 2006 Caroline Frey created the first vintage of Duo. Duo was aptly named as it was produced combining fruit from both her flagship properties, Chateau La Lagune in the Left Bank and Jaboulet La Chapelle in Hermitage. Since 2006, Duo has been produced in every vintage except 2008, as Jaboulet La Chapelle was not produced in that vintage.

Due to labeling laws, the Evidence wine will be sold as a generic Vin de France wine. Vin de France is the lowest level of classification in France. Wines sold under the designation of Vin de France do not list the region of origin or appellation for the vineyards, the vintage or the grape varieties. It is sold as simply a wine from France. This is the same designation for all the Bordeaux, Rhone blended wines that have been produced.

As reported on Wine-Searcher on 20 May 2014 Bordeaux Rhone Blend Revived The article also offers exclusive quotes from Caroline Frey on the new wine.