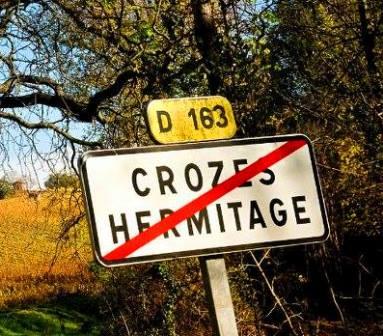 The history of Crozes Hermitage dates back to perhaps the 1700s, when wine from Larnage, a village in the appellation began being exported to England, via Bordeaux. At the time, the wine was often better known as vin de Mure, which took its name from the most powerful and wealthy family in the village.

By the end of the 1800’s, the wines from Crozes Hermitage were the most expensive in the Northern Rhone Valley, after Hermitage and Cote Rotie. The Crozes Hermitage appellation was officially created in 1937 and expanded in size 1952. More expansion in the number of hectares under vine began taking place in the 1980’s.

At the time of its initial creation, much of the wines from the Northern Rhone Valley were sold to negociants. Perhaps Jaboulet was the only popular and successful producer in the appellation. They were also one of the leading negociants too. That is how the area remained until the 1980’s.

In those days, just as had been the tradition of the appellation previously, most of the wines from Crozes Hermitage were produced and sold by negociants or the local co-operative. Of course that is no longer the case today, as Crozes Hermitage is quite a viable appellation with numerous producers making some very good wine. One important change to keep aware of is, more young, innovative growers than ever are making, bottling and selling their wine today.

Less growers all the time are selling their harvest to negociants or the local Cooperative. This trend really kicked into high gear with the 2003 vintage, going forward. You can now find vineyard designated and parcel selections from the Crozes Hermitage appellation.

It’s important for fans of Hermitage wine, who love those wines, to know about Crozes hermitage, because these Northern Rhone Syrah wines are priced fair, stylish and drink well early.

There are various terroirs and soils in Crozes Hermitage along with the influence of the Rhone river. The appellation of Crozes Hermitage is ideally located. In the north, you find more granite hills, slopes, limestone and red clay soils.

To the south, you have the Isere river, with its rocky, sand and stone infused soils. To the east, you have the Rhone river. At the bottom of the slopes, plains and flatter terroir, there are more rocks and clay than you find on the hillsides. In Crozes hermitage, the growers with hillside vineyards can make much better wine, than the wineries with sites in the flats.

It’s important to keep in mind that the large size of the appellation does now allow for uniform terroirs, which explains in part, why the quality varies so widely from each producer. Many of the vineyards located on the flat sections of Crozes Hermitage are machine harvested today, which is certainly not the case with the hillside plantings.

To produce the wine of Crozes Hermitage, most of the growers destem 100% of their grapes. There are of course still traditional producers that prefer whole bunch vinification. Vinifications are performed in traditional concrete tanks.

However, the cooperatives prefer using stainless steel vats. Pump-overs and cap punching are common. On average, the majority of producers age their wine in a combination of new and used, French oak barrels and demi-muids for between 9-12 months, although some estates prefer longer aging times. There are a few modern producers that are making special cuvee’s from either parcel selections, old vines and vineyard designated wines today.

On average, at least 92% of the wines produced in Crozes Hermitage are red. Syrah is the only allowable red wine grape. Marsanne and Roussanne are the only white wine grapes planted in the appellation. Red and white wine grape blends are allowed, with a maximum of 15% white wine grapes able to be added to the blend, provided they are co-fermented.

Aside from the top producers, solid Crozes Hermitage wine is also available from the appellation’s cooperative. Located in Tain l’Hermitage, Cave de Tain, which was completely modernized and turned into one the top wine making facilities in the Rhone Valley in 2014, produces Les Hauts du Fief and Terre d’Eclat as well as other Corzes Hermitage wines.