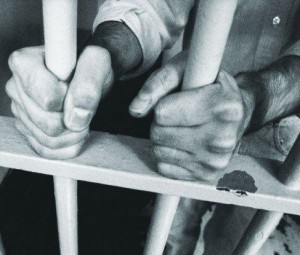 This is less than the prosecution sought. They demanded 14 years in prison, coupled with only a small fine of $175,000. The prosecution stated Rudy Kurniawan was responsible for no less than $20.7 Million dollars in fraudulent sales. However, other parties have stated Rudy Kurniawan could have sold as much as $100 Million dollars in fraudulent wine. I imagine the truth is somewhere in the middle.

The defense tried arguing that the loses to others through fraudulent sales were only $9 Million, thus, the judge would have to sentence Rudy Kurniawan to less time in jail. While it’s the responsibility of a defense attorney to mount the best defense possible, at the sentencing hearing, the defense attorney tried making the claim that because the victims of Rudy Kurniawan could easily afford the loses, the sentence should be less. When did it become OK to rob the rich? Didn’t that go out the door with Robin Hood? Fortunately the judge did not see it that way and recognized, theft is theft and fraud is fraud. When allowed to speak, Rudy Kurniawan told the Judge, “I am really sorry. I just want to go home and take care of my mother.” Judge Berman was unmoved by the pleadings of the defense or by the whispered apology of Rudy Kurniawan. A sentence of ten years in prison was handed out to Rudy Kurniawan before the gavel was pounded.

Ten years in prison is a long time. But when you think that as a minimum, Rudy Kurniawan profited by $50 Million dollars, that comes out to $5 Million dollars a year. I would have liked to have seen him receive 15 to 20 years in the hopes that it will set an example for other current and future forgers.

I’m not great at math. But this comes out to $51 Million dollars owed by Rudy Kurniawan for fines and settlements. Rudy Kurniawan faces deportation back to Indonesia once he has finished his sentence.

Bill Koch might not get much good press. He does not seem like a nice guy. But the truth is, wine collectors for generations to come owe him a massive debt of gratitude. Thanks to the non stop efforts of Bill Koch, collectors are going to see a lot less fake and counterfeit wine sold at auction.

Goodbye and good riddance Rudy Kurniawan is being heard all over the fast moving Internet. A few years ago, Rudy Kurniawan was laughing all the way to the bank, over the all the money he made selling counterfeit wine. Today, the joke is on him, as people everywhere are all smiles that Rudy Kurniawan has traded in his Armani suits for orange colored jumpsuits. Rudy Kurniawan who was once known to drop more than $100,000 in a single night at wine bars in New York is for the next few years, spending time behind a different kind of bar. Standing behind his new type of bar, he won’t like the stemware. Instead of great Bordeaux, Petrus, the First Growths and all the other wines he has become used to, perhaps he’ll develop a taste for Pruno. Who knows? Jailhouse lawyers are in big demand, perhaps with his blending skill, Rudy Kurniawan could help make Pruno more palatable.

The sentencing of Rudy Kurniawan is going to be the main topic of conversation for wine collectors for quite a while. But conversation should really be about the depth of his crime and how it all happened in the first place.

How much counterfeit wine did Rudy Kurniawan truly produce and sell? This is going to be debated for years. When you add up the massive amount of money earned from public sales that has to be more than $50 Million dollars. That is even giving some credence that a portion of the wines sold were real. Those wines were bought from legitimate sources and sales and later resold for profit. You also need to factor in the millions of dollars of wine sold in private sales, some of which we know about, and others which we don’t. We do not know all the sales because many people that are smart enough to earn enough money to think nothing of spending $250,000 to $1,000,000 or more on wine, are going to be embarrassed by their gullibility. The swindled wine buyers are in good company. In 1925, Victor Lustig sold the Eiffel Tower to investors believing it was going to quietly torn down and sold as scrap metal. If folks fell for that con, buying fake wine is not that hard to believe.

I know, you are saying to yourself, how could anyone believe that one person could have every great bottle of wine for sale? You add that there were so many countless treasures, no one could truly count them all. But that is in hindsight, which as you is know is always 20/20.

The case of Rudy Kurniawan has changed the collectible wine market for generations. There is no way to know how many wines were sold, and then resold are real. That fact has changed how people view the sales of old wine. On the bright side, today, sales at all the major auction houses have never been more secure. The vast majority of old wines are now scrutinized over again and again, looking for signs of fraud and potential forgery. Wines with true provenance, especially those that are being sold by the winery are going to sell at higher and higher premiums, as that is a true guarantee of provenance.

It’s important to note that Rudy Kurniawan focused on producing fraudulent wines of extremely high caliber, with the price to match. For example, old Pomerol like 1950 Lafleur in magnum, 1900 Margaux, 1947 Cheval Blanc, 1945 Haut Brion and other assorted, high end, famous gems. While auction houses today are exercising more due diligence than ever, there are numerous fakes and forgeries being offered by retailers all over the world, knowingly and unknowingly. Keep in mind the old saying, “If it’s too good to be true, it’s too good to be true.” Many, if not most of those great wines are impossible to find today, especially in large formats. When they do come up for sale, one should exercise extreme caution before buying as I imagine, the vast majority being offered are not going to be real.

While Rudy Kurniawan was involved with forging the best of the best, as prices for young wines have risen to extreme levels, there have been numerous examples spotted for current forged, high end wines, for example DRC, First Growth Bordeaux and other in-demand wines. One should always exercise caution. With young wines, know your merchant. With older, high priced, rare wine, be more than careful. Today, those are often best bought at auction with today’s level of scrutiny.

With luck, one day, there will be a trial for Hardy Rodenstock. While Rudy Kurniawan was holding his breath when the judge was about to issue his sentence, I won’t be holding mine waiting for the Rodenstock case to come to trial.