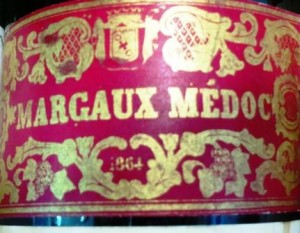 This page is a guide to the best 2011 Margaux wines from the 2011 Bordeaux vintage.

2011 L’Aura de Cambon From an even split of Merlot and Cabernet Sauvignon in the blend, aged in 100% new oak, licorice, blackberry, smoke and jammy aromas open to a medium-bodied wine that tastes and feels over-oaked. 87-89 Pts

2011 Bellevue de Tayac Located in the commune of Soussan in Margaux, Jean Luc Thunevin has been in charge of this estate since 2004. Forest, cedar and spice scents with cassis in the medium-weight finish. 84-86 Pts

2011 Brane Cantenac From a blend of 56.5% Cabernet Sauvignon, 37% Merlot, 6% Cabernet Franc, and for the first time, a small percentage of .5% Carmenere has been added as well. Forest aromas with leaves, kirsch, flowers and spice, this medium-bodied, soft and round wine ends with a fresh and bright black raspberry and cassis finish. 90-91 Pts

2011 Cantenac Brown – Blending 67% Cabernet Sauvignon with the remainder taken up by Merlot, the wine reached 12.9% alcohol. The wine will be aged in 50% new oak. With some coaxing, earth, coffee and black cherry can be found. Soft in texture, this medium-bodied, soft wine ends with a short, clean, black cherry finish. 88-90 Pts

2011 d’Issan From a blend of 61% Cabernet Sauvignon and 39% Merlot, which represents 57% of the harvest with yields of 36 hectoliters per hectare, the wine reached 13.23% alcohol and will be aged in 50% new oak. In the nose, earth, coffee, licorice, blackberry and truffle scents.  Soft, round and filled with fresh black and red fruits, this is a charming style of d’Issan. 91-93 Pts

2011 Durfort Vivens From an assemblage of 75% Cabernet Sauvignon, 20% Merlot and 5% Cabernet Franc, the wine will be aged in 45% new oak. Medium-bodied with cassis and cherry, the wine is fresh, but short and drying in the red berry finish. 87-89 Pts

2011 Ferriere – From a blend of 70% Cabernet Sauvignon, 18% Cabernet Franc and 2% new oak, the wine is aged in 40% new oak.  Light ruby in color. The wine offers earth and cherry notes. Medium-bodied, the wine ends with a lightweight red berry and cherry finish. 86-88 Pts

2011 Le Sirene de Giscours With cassis and spice, this is an open, light and easygoing cherry-filled wine. 85-86 Pts

2011 Labegorce – Previously, the vineyard was 53 hectares. Starting with the 2009 vintage, the property expanded to 70 hectares when the new owners, the Perrodo family, added Labegorce Zede, back into the fold.  Blending 53% Cabernet Sauvignon, 36% Merlot, 8% Cabernet Franc and 3% Petit Verdot, the wine reached 14% alcohol. In the nose, earth, chocolate mint, truffle and blackberry. Soft and silky in texture, the wine finishes with chocolate-covered boysenberry. The wine will be aged in 60% new oak for between 16-18 months. 89 – 90 Pts

2011 Malescot St. Exupery – From an assemblage of 50% Cabernet Sauvignon, 45% Merlot and 5% Cabernet Franc, the alcohol reached 13.5%.  With yields of 38% hectoliters per hectare, the wine will be aged in 100% new oak. With coffee, truffle, tobacco, licorice, blackberry, vanilla and black cherry liqueur in the nose, this supple, round, polished wine offers sweet black cherry and chocolate in the round finish. 91-93 Pts

2011 Margaux – Blending 86% Cabernet Sauvignon and 10% Merlot, along with equal parts Petit Verdot and Cabernet Franc, the wine is ruby in color. With delicate, complicated scents of violets, mocha, smoke, truffle, blackberry, cassis and an array of spices, the wine is soft, refined and elegant. It’s lacking the volume and darker berries found in the 2010 or 2009. Yet this is a very suave, fresh, pure, cassis-filled Margaux. 94-95 Pts

2011 Pavillon Rouge Blending 65% Cabernet Sauvignon, 25% Merlot, 8% Franc and 2% Cabernet Franc, the wine reached 13% alcohol. The wine represents 28% of the harvest. More of the wine was relegated to the third and fourth wines of Margaux. The wine opens with floral, black raspberry, mocha and earthy scents. Medium-bodied, with soft, fresh red berries, the wine ends with sweet cassis and cherry. 89-91 Pts

2011 Pavillon Blanc – From 100% Sauvignon Blanc, this is packed with fresh lemon, hazelnuts, flowers, grapefruit and citrus. Fresh, rich, balanced, sweet and clean, the wine finishes with a long, citrus-filled finish.  Very balanced and clean. This will be bottled in June. 93-94 Pts

2011 Marquis d’Alesme – From an assemblage of 58% Cabernet Sauvignon, 30% Merlot and 12% Petit Verdot, the wine will be aged in 80% new oak for between  18 and 20 months. Yields were 32 hectoliters per hectare.  Ruby in color with coffee, licorice and blackberry. Round and plush in texture, the wine finishes with sweet, ripe cassis and dark chocolate. 90-91 Pts

With 2011 being a difficult growing season, according to the property, the best advice they received from Claude Gros, who consults the estate on vineyard management, was to wait and not pick too early. Michel Rolland is the consultant for the winemaking.

2011 Monbrison – Cedar wood and cassis with medium body and a sharp, bright cranberry and oak finish.  86-88 Pts
2011 Palmer From an assemblage of 55% Merlot and 45% Cabernet Sauvignon, the wine reached 13.5% alcohol. Flowers, boysenberry, truffle and earthy scents are found in the perfume. Soft, supple and bright, the wine ends with fresh, sweet, bright, cassis and black raspberry. 93-94 Pts

2011 Palmer is produced from the lowest yields since 1961. Part of those low yields emanate from the use of optical sorting, which is not the normal practice for Palmer. According to Thomas Duroux, it was extremely helpful to remove the numerous unripe berries from the bunches.

2011 Alter Ego Blending 48% Merlot, 37% Cabernet Sauvignon and for only the second time, 15% Petit Verdot, the wine opens with mocha, cocoa, truffle and cassis. In the mouth, the wine offers chocolate, cherry and dusty tannins. 89-90 Pts

2011 Rauzan-Segla – Blending 62% Cabernet Sauvignon, 38% Merlot and 2% Petit Verdot, which is very similar to the blend used in 2010, the wine reached 13% alcohol, which is 1% less than last year. Deep ruby with purple accents in the color, the wine opens with flowers, while stone, blackberry liqueur and truffle scents are easy to find.  Rich, round, medium/full-bodied with elegant textures, the wine finishes with fresh cassis, bitter chocolate and black raspberry. 92-93 Pts