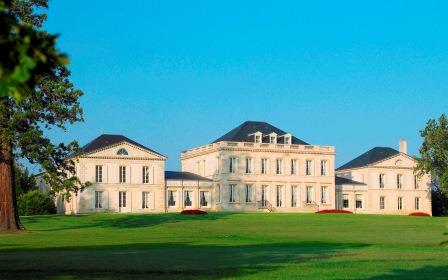 Learn everything about Chateau Phelan Segur, St. Estephe with wine tasting notes and wine with food pairing tips. Learn the best vintages, vineyards, a history of the property and winemaking. If you want to read about other important, Bordeaux Chateaux: Links to all Bordeaux Wine Producer Profiles

The official history of Chateau Phelan Segur began when two previous Bordeaux vineyards were brought together, Clos de Garramey and Segur. Those properties also located in the Saint Estephe appellation were combined by Bernard Phelan, who using the traditional custom of the time, combined the existing Segur name with his own and Chateau Phelan Segur was born.

By 1860, Bernard Phelan had created the largest vineyard in the entire Saint Estephe appellation. The beautiful, stately chateau was built by Frank Phelan, the son of Bernard Phelan in the late 1860’s.

Before Bernard Phelan purchased Segur, it was previously owned by Nicolas Alexandre de Segur who was known by the well-earned nickname, “The Prince of Vines”.

de Segur owned numerous, famed, Bordeaux chateaux in the Medoc during his life including Brane Mouton, which later became Chateau Mouton Rothschild, as well as Lafite, which eventually morphed into Chateau Lafite Rothschild and Chateau Latour! When you think about it, it’s truly amazing that one family owned 3 First Growth estates at the same time!

In 1883, Chateau Phelan Segur passed to new owners. Jumping ahead, in 1946, the property was purchased by the Delon family, the current owners of Chateau Leoville Las Cases in St. Julien and Nenin in Pomerol. The Delon family, headed by Michel Delon eventually sold the vineyard to the former head of Pommery Champagne, Xavier Gardinier in 1985.

As there is a harvest in Bordeaux every year, with very few exceptions, chateaux produce wine in every vintage. That was not the case in the early days of ownership by the Gardinier family here. They refused to sell their first three vintages in a row of Chateau Phelan Segur, 1983, 1984, and 1985!

The 1983 Phelan Segur was produced and released, but the wine was recalled from the marketplace by the new owner, Xavier Gardinier. Xavier Gardinier eventually sued to claim that herbicides used by the estate contaminated and ruined the wines of Chateau Phelan Segur making them unsalable.

The Gardinier family won their suit and from that time forward, they have continued improving the wines of Pelan Segur and for a time, expanding the estate as well. In 2002, they purchased 25 hectares of vines from Chateau Houissant, which is located not far from Chateau Montrose. 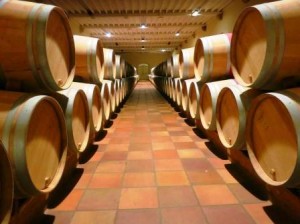 In August 2017, Chateau Phelan Segur was sold for more than 90 million Euros! A record-setting price for a Crus Bourgeois. The vineyard was sold to the wealthy Belgian investor, Philippe Van de Vyvere, who is best known for owning Sea-Invest, one of the world’s largest shipping companies.

The large 70-hectare vineyard of Chateau Phelan Segur is planted to 58% Cabernet Sauvignon and 39% Merlot, 1.5% Cabernet Franc and 1.5% Petit Verdot. The vineyard has a terroir of gravel, sand, and clay-based soils. The vines are primarily in three locations. 8 hectares of vines are planted close to the chateau.

A larger portion of vines is located not far from Chateau Calon Segur. However, their best terroir, which is also their largest holding is situated quite close to Chateau Montrose. They have slopes and hills that reach 30 meters in elevation. The vineyard can be divided into 4 large blocks, and those can be further subdivided into close to 70 different parcels.

On average the vines are close to 35 years of age. However, they have old vines, some of which are at least 70 years of age. The vineyard is planted to a density of 8,500 vines per hectare.

Chateau Phelan Segur underwent extensive renovations in their wine-making facilities and cellars that were completed in 2011. At the time, they moved to newer, smaller, 115 hectoliter, stainless steel fermentation vats that allow for more precise vinification on a parcel by parcel basis. Michel Rolland is the consultant.

To produce the wine of Phelan Segur, vinification takes place in 48, stainless steel vats that range in size 40 hectoliters, up to 220 hectoliters.

One of the recent changes at Phelan Segur was to begin using French oak barrels that have lighter toasting. That has been a positive move as you now find less of a strong, smoke or espresso notes in the wine when it’s young. Another change took place with the 2020 vintage when they added Petit Verdot to the blend for the first wine.

There is a second wine, Frank Phelan, which made its debut in 1986. Frank Phelan was named after a previous owner that built the chateau. There is also a third wine, La Croix Bonis.

20,000 cases per year are produced of Phelan Segur on average, while the production of the second wine hovers at close to 12,000 cases per vintage. The estate recently added a third wine, which is dominated by Cabernet Sauvignon, La Croix Bonis.

Chateau Phelan Segur can be enjoyed early. However, the wine is often better with at least a few years of bottle age. Of course, that can vary slightly, depending on the vintage.

Chateau Phelan Segur is usually best enjoyed in the first 10-20 after the vintage. Young vintages can be decanted for 1-2 hours. This allows the wine to soften and open its perfume. Older vintages might need very little decanting, just enough to remove the sediment.