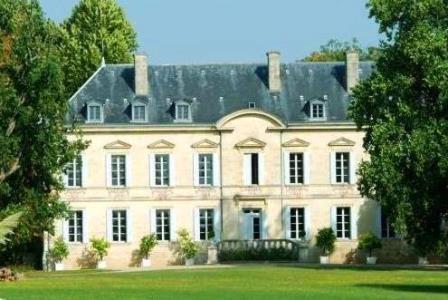 It was announced today that the Pinault family, the owners of Chateau Latour, the legendary Pauillac, First Growth expanded their holdings in Bordeaux. Their holding company, the Artemis Group now owns vines in The Right Bank as well, as they have taken a 49% stake in the holdings of Baronne Guichard. The selling price has not yet been announced. Penelope Godefoy, who has been the Vineyard Manager of Chateau Latour and Technical Manager of Chateau Grillet, has been named the Technical Manager of all three vineyards involved in the transaction. Paul Goldschmidt will remain the General Manager. The first vintage fully under the new management arrangement will be the 2014.

When asked about the transaction and new arrangement with Artemis, General Manager, Paul Goldschmidt said, “Our common objective is to make the best out of our 3 magnificent terroirs with a long term vision. “

Baronne Guichard is a long established company with history in Bordeaux. They have owned vines in the Right Bank since the late 19th century, when the company was formed by Joseph Brisson. The first purchase by Brisson was for the plot known as Domaine des Grands Champs.

Paul and Aline Goldschmidt, who successfully managed their properties since 2005. That was the year their management agreement with Ets. Moueix ended for Chateau Vray Croix de Gay, which is the jewel of the holdings, with vines located in Pomerol. The Goldschmidt family own two other chateaux, Chateau Siaurac which is located in Lalande de Pomerol and Chateau Le Prieure in St. Emilion.

Initially, Stephane Derenoncourt was hired as the consultant for the wine making and vineyard management of the properties. However that recently changed and they brought in Dr. Alain Raynaud as their consultant. It is not yet known if the new owners will retain the services of Raynaud.

Francois Pinualt and the Artemis Group have been efficiently adding new properties to their substantial holdings. Last year, they purchased in the Napa Valley they acquired Araujo Vineyards, which included one of the best vineyards in all of California, the famed Eisele vineyard. That was not the first purchase outside of the Medoc Pauillac for the owners of Latour, previously they obtained vineyards in Burgundy in the Vosne Romanee appellation with the purchase of Domaine d’Eugenie. Their next purchase was in the Rhone Valley with Chateau Grillet.

It is not yet known about what responsibilities the able team of Frederic Engerer will take over. My guess is, it will be substantial. You can also expect improvements in all the facilites used for the production of all three wines. Chateau Vray Croix de Gay does not have their own cellars. The wines are made at their sister property, Chateau Siaurac in the Lalande de Pomerol appellation. They were allowed this unusual arrangement under a grandfather clause to produce their wine outside of the Pomerol appellation. A court order written in 2013 overturned the previous order stating that Chateau Vray Crox de Gay would need to make all their wine within the Pomerol appellation by 2018 without exception. If not, they would no longer be allowed to feature or use the Pomerol appellation or its logo on their labels. That order was overturned and the French High Court in December ordered that the Pomerol Syndicat pay 3,000 Euros in damages to the Goldschmidt family. According to Paul Goldschmidt, there is no plan to create new cellars in Pomerol, even with this new partnership.

Once the dust settles, I think it’s safe to say, with the resources of Chateau Latour behind them, the level of quality of wine being produced at all three estates will improve and with prices to match.