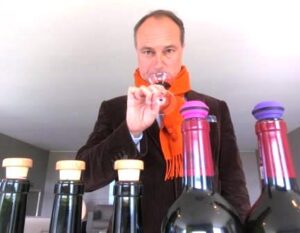 2012 Pauillac is not going to make anyone forget about 2010 Pauillac or 2009 Pauillac. But it does not need to. The wines are not for long term drinking, which is a good thing for fans of Pauillac, which often takes a decade or decades before they are ready. 2012 Pauillac is not a powerful vintage, the wines are on the light side, but with freshness to the fruit.

2012 Clerc Milon This vintage represents the highest percentage of Cabernet Sauvignon used in the blend over the past several decades at 60% . The rest of the blend includes 29% Merlot, 9% Cabernet Franc, 1% Petit Verdot and 1% Carmenere. The wine reached 13.6% alcohol. Graphite, jammy black cherries, licorice and coffee bean scents open to a soft, fresh black raspberry-filled wine that should drink well with just a few years of bottle age. 90-92 Pts 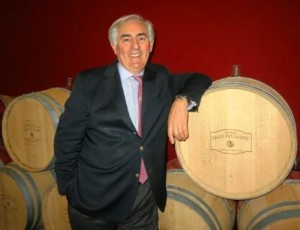 2012 Grand Puy Lacoste – Blending 76% Cabernet Sauvignon with 24% Merlot, the wine will be aged in 75% new French oak barrels. With coaxing, cassis, cedar and earthy aromas could be discerned. On the medium-bodied palate, black cherry, spice and cassis sensations end with a hint of fennel in the finesse finish. 90-92 Pts

2012 Haut Batailley – 71% Cabernet Sauvignon and 29% Merlot make up the blend. The wine will be aged in 60% new French oak barrels. Smoke, licorice and cassis notes open to a medium-bodied, black cherry-filled wine with some dryness in the finish. 88-90 Pts 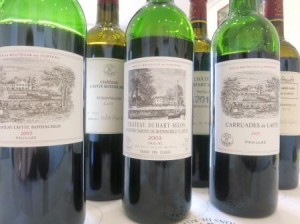 2012 Lafite Rothschild – 91% Cabernet Sauvignon, 8.5% and .5% Petit Verdot produced a restrained, medium bodied, lighter style of Lafite Rothschild which offers an elegant, refined, red berry profile with polish and freshness. A strict selection and extensive sorting was required for the vintage. In fact, optical sorting was performed for the first time at the estate. 37% percent of harvest was used the grand vin. This is the highest percentage of Cabernet Sauvignon used in the blend since 2000, when it was 94% 92-94 Pts

2012 Latour Crafted from 90.2% Cabernet Sauvignon, 9.6% Merlot, and 0.2% Petit Verdot, this wine reached 12.8% alcohol. The Grand Vin represents just 35.6% of the crop. The color of a gleaming dark ruby, the wine is elegant, soft, plush and polished in texture. There is a core of sweet, racy cherries and cassis with hints of vanilla and earth. The wine offers purity, symmetry, freshness and balance. This is a refined style of Latour. According to Frederic Engerer, the key to the success in this vintage was working on a parcel-by-parcel and row-by-row basis, monitoring the needs of the vineyard with specific attention to the amount of hydric stress each vine endured. 94-96 Pts

2012 Pauillac de Latour – From a Merlot-dominated blend, the wine offers cassis, black raspberry jam and earthy scents. This is a medium-bodied, delicate and soft Pauillac with a gentle red berry finish. Enjoy this fresh Pauillac on the young side. 87-89 Pts 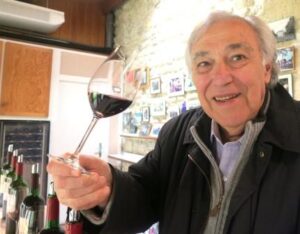 2012 Lynch Bages – 71% Cabernet Sauvignon, 26% Merlot, 2% Cabernet Franc and 1% Petit Verdot created a wine that will be aged in 75% new French oak. It took some effort to find the cedar, cassis, coffee and earthy notes. The ample tannins are refined, ending with spicy creme de cassis sensations. This will take time to soften. 90-93 Pts

2012 Lynch Bages Blanc – From a blend of 60% Sauvignon Blanc, 27% Semillon and 13% Muscadelle, the wine will be aged in 50% new French oak. Honeydew melon, lychee nut, lemon peel and orange scents pop with no effort. Zesty, bright and fresh, the wine ends with invigorating citrus, pineapple and lemon zest. 90-92 Pts 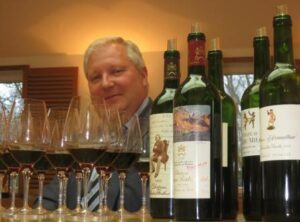 2012 Aile d’Argent – The wine pops with fresh grapefruit, lemon, lime, peach and waxy notes. The wine is fresh, lively and bright with an orange- and lemon-filled finish that’s easy to drink. 89-91 Pts.

2012 Pibran – Notes of boysenberry, earth, fennel and leaf introduce the blend of 55% Merlot and 45% Cabernet Sauvignon. This fresh, cherry-driven wine will be aged in 50% new French oak barrels and should offer pleasure early. 87-89 Pts

2012 Pichon Longueville Baron – Utilizing 80% Cabernet Sauvignon and 20% Merlot, the wine reached 13.1% alcohol. With a deep crimson ruby color, it’s easy to find forest, tobacco, earth, cassis and blackberry notes. Once past the aromatics, the wine is fresh and lively with black raspberry, vanilla, soft textures and an inner core of crème de cassis, which will only improve with age. The wine will be aged in 80% new French oak. 92-94 Pts

2012 Les Tourelles de Longueville – A quiet red and dark berry-driven wine with a high Merlot content that will allow it to be enjoyed on release. 86-88 Pts 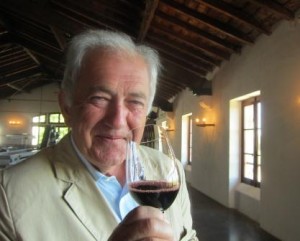 2012 Pontet Canet – Produced from an assemblage of 65% Cabernet Sauvignon, 30% Merlot, 4% Cabernet Franc and 1% Petit Verdot, this is one of the darkest wines of the vintage. The nose offers ripe dark berries, licorice, clay, minerality and fresh dark berries. Polished tannins, plush textures and layers of sweet, ripe berries fill your mouth. The suave, fresh wine ends with an expansive, rich finish in the mouth. Very successful for the vintage. This is the first year where Pontet Canet began using a percentage of amphore for the vinification. Alfred Tesseron is clearly on a roll. 94-96 Pts