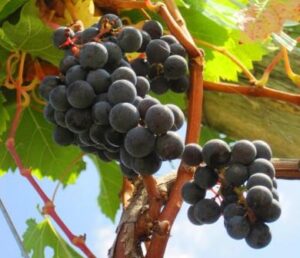 Cotes de Blaye is a massive wine-producing region with more than 6,600 hectares under vine. The appellation produces, for the most part, simple, easy-drinking red Bordeaux wine that is often enjoyed by the local French population. In total, 40 different communes make up the sizable appellation.

Close to 450 growers are active in the appellation. There are 3 Cooperatives. For the grape varietals planted, Merlot is king in the Cotes de Blaye appellation, followed by Cabernet Sauvignon. The region is also cultivated with a fairly large amount of Malbec in the vineyards.

The appellation is located next to the Cotes de Bourg appellation, and like its neighbor, Cotes de Blaye enjoys an extremely long and colorful history dating back to the ancient Romans, who planted vines in the region more than 2,000 years ago.

The strategic location made it the perfect location for station soldiers whose responsibility was to guard the local rivers.

After the ancient Romans, a large Citadelle was built in the 1600s by the leading, French military architect of the day, Sebastien Le Prestre de Vauban. The Vauban Citadelle was used to garrison the local troops. The tourist attraction has been declared a World Heritage UNESCO site.

The region of Cotes de Blaye makes a lot of forgettable, inexpensive wines. But there are some standout producers that are well worth seeking out as they offer value, style, and quality. Look for: Gigault Cuvee Viva, Les Grands Marechaux, Bel-Air la Royere, Perenne and Belle Coline.

Perhaps the most interesting wine from the appellation, or in thinking about it, unique is a better word comes from Dominique Leandre Chevalier. They produce Tricolore, which is made from 100% Petit Verdot that is planted with a vine density of 33,000 vines per hectare. The vines are all ungrafted, pre-phylloxera, making them some of the oldest vines in the appellation.

For the red wine, Premiers Cotes de Blaye and Cotes de Blaye are mostly planted to Merlot, Cabernet Sauvignon, and Cabernet Franc. Although small plantings of Malbec, Petit Verdot, and Carmenere can also be found.

For the production of the white wine, the vineyards are planted to Sauvignon Blanc, Semillon, and other various grapes that are uncommon for Bordeaux, Ugni Blanc, Merlot Blanc, Folle Blanche, Colombard, and even Chenin Blanc. Colombard and Ugni Blanc are the two most popular, white wine grapes in the region.

For more information on the Cotes de Blaye appellation: www.vin-blaye.com