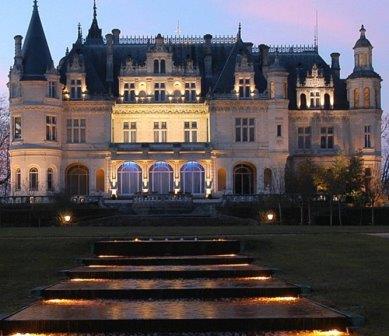 Learn Chateau Clement Pichon, Haut Medoc with wine tasting notes, and wine with food pairing tips. Learn the best vintages, the history of the property, and information on the vineyards and winemaking. If you want to read about other important, Bordeaux Chateaux: Links to all Bordeaux Wine Producer Profiles

The history of what we know of as Chateau Clement Pichon makes it one of the older estates in Bordeaux as it dates all the way back to the 1300s. At the time, it was known as La Motte Caupene. Over the centuries, the estate has been owned by a myriad of families including the Alesme family, who attached their name to Marquis d’Alesme in Margaux and the Pichon family.

I’m quite sure the Pichon family name sounds familiar to most readers, as they were the original founders of what later became two of the more famous, Second Growth estates of similar names in Pauillac, Chateau Pichon Baron, and Chateau Pichon Comtesse de Lalande.

Chateau Clement Pichon is owned by the Fayat family that also count among their holdings, Chateau La Dominique in St. Emilion as well as another estate in the Right Bank, Chateau Fayat in Pomerol. At the time of the purchase by the Fayat family in 1976, the estate was known as Chateau de Parempuyre. Chateau de Parempuyre was named after its location, a small, suburb in Bordeaux.

After the purchase, the property was renamed to include the name of its new owner, Clement Fayat. However, that was not the initial name that was chosen. Clement Fayat wanted to name the estate Chateau Pichon.

A lawsuit was filed by the owner of Chateau Pichon Lalande, due to the potential confusion in the marketplace as both wines would be similar in name and they were both from the Medoc. An agreement was reached and the property took on the new name of Chateau Clement Fayat.

The chateau, created in 1881, was designed by the same architect that built Chateau Lanessan. The showy, almost Gothic-looking chateau only dates back to 1881 because the previous building was completely destroyed by a fire. Interestingly, 100 years after the chateau was built, in 1981, the estate was purchased by the Fayat family.

As soon as the purchase was finalized, the Fayat family began doing extensive renovations starting with the vineyard, which was completely replanted. The next step was to bring in Michel Rolland as their consultant.

On average, the vines are planted to a density of 6,900 vines per hectare. However, newer plants show an increase in the vine density, as they are between 7,000 and 8,000 vines per hectare. The vineyard has a terroir of gravel, sand, and clay-based soils. Picking is done by a combination of machine harvesting and by hand.

To produce the wine of Chateau Clement Pichon, the wine is vinified in temperature-controlled, stainless steel vats. Malolactic fermentation takes place in tanks. On average, the wine is aged in 50% new, French oak barrels, used oak, and cement vats for between 12 to 16 months before bottling.

Chateau Clement Pichon needs some time before it can be enjoyed. Young vintages can be decanted for an average of 1 hour or so. This allows the wine to soften and open its perfume. Older vintages might need very little decanting, just enough to remove the sediment.

Chateau Clement Pichon is a perfect match with Asian dishes, hearty fish courses like tuna, mushrooms, and pasta as well as cheese.