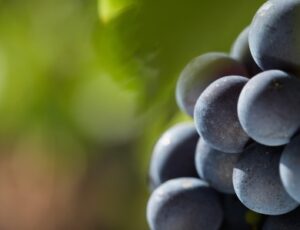 One of the great things about wines made with Grenache is that most of those wines drink well at all points in their life too. This is perfect for today’s world. But Grenache needs to be phenolically ripe, which is something Manfred Krankl of Sine Qua Non agrees on.

Manfred Krankl “If Grenache doesn’t get FULLY ripe, it holds no interest. One can make some skinny-ass Syrah, which is en vogue among some. Syrah under those conditions might still hold some odd interest. But that is not the case with Grenache.

I love Grenache! There, I said it. And not just because it’s International Grenache Day. After Bordeaux, Chateauneuf du Pape is the wine region I spend the most time in, and on. I am also a fan of Grenache from California. Any taster can easily see the differences between the wines produced from each country. I could endeavour to explain the differences with my fingers perched precariously about the keyboard at the moment. But with Manfred Krankl available, why not ask him? He should know as he not only makes what many consider the best Grenache wine from California, he is also involved in producing perhaps the most in-demand new wine from Chateauneuf du Pape, “Chimere,” (which is made from Mourvedre) in a partnership with Philippe Cambie plus Vincent and Pascal Maurel from Clos Saint Jean.

According to Manfred Krankl, it all starts in the vineyard with the soils, climate and farming techniques for the grapes.

Manfred Krankl “The soils tend to be very different. There are the famous gallets (large stones) in Chateauneuf that are nowhere to be found in California that I know of. Although there are also many areas in the Chateauneuf appellations that do not have the famous rocks. Some soils have quite a bit of clay and others have a lot of sand. Then we have of course relatively different climates, albeit people tend to think they are fairly similar.”

Grenache is the world’s second most widely planted grape varietal used to produce wine. Grenache grows well in Spain, Australia, Languedoc-Roussillon and California. For me, even though Grenache is quite successful in many wine regions, Grenache reaches its best expression in Chateauneuf du Pape. Grenache, with its think skin and tight clusters is perfect for the hot, dry, sand and stone soils of the Southern Rhone Valley appellation of Chateauneuf du Pape. In the Southern Rhone Valley, there are numerous wines and winemakers to chose from making outstanding Grenache based wines in a myriad of styles.

Philippe Cambie, one of the most important and influential figures working in Chateauneuf du Pape knows Grenache. But what does Philippe Cambie look for in a wine?

Philippe Cambie – “At its best, Grenaches must express the black fruit, cherry, licorice and especially a beautiful oiliness. The wines can be kept for 20 years, and always keep these notes of spice and white pepper.” 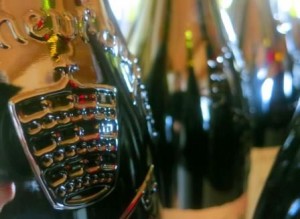 Baptiste Grangeon – Domaine de Cristia “The signature of Grenache is the sweetness, elegance and finesse in the wines. Even with high level of alcohol, we always get the balance in the mouth, especially in Chateauneuf du Pape. As for Grenache wines from other areas, I also like the wines from Spain, Roussillon and maybe California, some are unbalanced.”

Jeb Dunnuck is the only taster out there, skilled enough, and with the necessary amount of temerity to take over from Robert Parker in the Rhone Valley. Jeb Dunnick writes about all things Grenache as the new reviewer for Robert Parker’s Wine Advocate. Jeb seeks hedonistic and intellectual gratification. Two imperative qualities I want in a wine as well.

Jeb Dunnuck – The Wine Advocate “I look for wines that have fantastic aromatic complexity as well as rich, voluptuous textures that never come across as heavy or cumbersome. To me, Grenache has the rare ability to deliver both hedonistic and intellectual gratification. The fact that it can be relatively approachable in its youth and has a broad drink window is just icing on the cake. 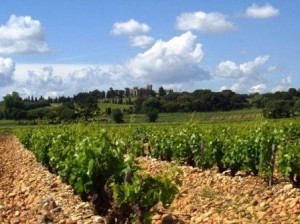 Grenache as you know is successful all over the world. But it really shows its best in Chateauneuf du Pape. Of course that is made possible by the terroirs, which are in part, created by the climate. As Manfred Krankl produces wine in the “Golden State” and the Southern Rhone Valley, he is the perfect person to explain the differences in the climatic variations between both regions.

Manfred Krankl “Both areas are warm and sunny, but Chateauneuf has much longer daylight and thus more sun accumulation on a daily basis accompanied by warmer evenings and nights. This means that typically that Grenache in Chateauneuf is harvested earlier than in many places in California. On the other hand Chateauneuf seldom gets the potentially extreme heat spikes we experience in California, with 2003 being a notable exception of course. Put all this together and the grower has to work quite differently with his vines. Virtually all Grenache in Chateauneuf is head trained bush vines, whereas in California most Grenache is still trained via a cordon. Grenache in California tends to be harvested very late, often at the end of October and not too infrequently even into November. This means we have to have sufficient leaves to get us through that long hang time. In California, we need to irrigate quite unlike what takes place in Chateauneuf. In most growing seasons, we don’t get a single drop of rain. In California, we are often concerned with the potential of extreme heat as well as eventually getting poor weather at the end of the growing, ripening season.”

With all that in mind, how does that manifest itself in the fruit between what is harvested in Chateauneuf du Pape versus California?

Manfred Krankl “How this all manifests itself in the fruit and eventually in the wine is difficult to say. Each producer has his/her own style or system. But let me just say this, I am not and have never been concerned about how much our Grenache might be like a Chateauneuf du Pape. I think of it as California Grenache and I hope that it expresses itself that way. I am a huge fan of Chateauneuf du Pape and think many of the greatest wines are made there. But I also love what California Grenache can be. It’s just cloaked in a different robe.”

Domaine Giraud in Chateauneuf du Pape has been on fire since 2007. The wines keep getting better and better. 2010 Giraud Les Gallimardes is one of the best 2010 Southern Rhone wines I tasted. They also produced some of the top 2012 wines in my recent tasting report we just published. According to Marie Giraud, Grenache is not an easy grape to work with.

Marie Giraud – Domaine Giraud “Grenache is a demanding grape. It can be quite difficult to control. When the berries are ripe, the wines are powerful, fine and complex with a lot of fruit.”

Marie Giraud is of course partial to Chateauneuf du Pape for Grenache, but according to Marie, that is no the only area where Grenache shines.

Marie Giraud “I really like the Grenache based from Priorat in Spain and Paso Robles in California as well.”

The ability for Grenache based wines to express themselves in their precocious youth, as well as with bottle age is part of their charm. That quality is not shared with most other grape varietals, not even Pinot Noir, according to Manfred Krankl of Sine Qua Non.

Manfred Krankl – Sine Qua Non “The line I have used a thousand times, somewhat sarcastically of course is, ‘Grenache delivers what Pinot Noir promises’. To me, a great Grenache, maybe particularly so from California, has these gorgeous, fruit forward, perfume(y) aromatics – somewhat reminiscent of a great Pinot Noir. It has a feminine, silky texture – also somewhat akin to a top flight Pinot. But unlike many Pinot Noirs, Grenache also has this full, mouth-coating, all enveloping and long palate presence. In other words the nose and the palate are in synch delivering a cascade of pleasure. That is, or perhaps SHOULD be, the character of California Grenache. It doesn’t just wink at you, but then NO DICE. It delivers the goods.”