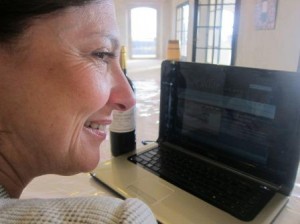 Sylvie Cazes will remain an  an active member of the Bordeaux city council and an owner of Chateau Lynch Bages.  When Cazes was picked to replace  Gildas d’Ollone as director of the of the famed, Second Growth, Pauillac estate, she was also given the task of managing Chateau Haut Beausejour, St. Estephe, Chateau Bernadotte in Haut Medoc, and Chateau Réaut la Gravière, which is located in AOC Bordeaux.

Sylvie Cazes was not the first member of the Cazes family to manage a property in Pauillac, aside from Chateau Lynch Bages. Her older brother, Jean Michel Cazes was in charge of   Pichon Longueville Baron  from 1987 until 2000.  Jean Michel was replaced by Christian Seely.

While Cazes will no longer be working directly with any specific Chateau, she will remain active in Bordeaux with her position in the Bordeaux City Council and as a member of the committee that is developing the Bordeaux Wine Cultural Center, which is slated to open in 2014.

These jobs are both tremendously important and influential positions in the Bordeaux wine industry. It will be interesting to see who is picked to fill those roles.   The President of the UGCB is an elected position.  Frederic Rouzaud, the owner of Chateau Pichon Lalande was responsible for bringing in Nicolas Glumineau from Chateau Montrose at Pichon Lalande. to replace the outgoing Cazes.