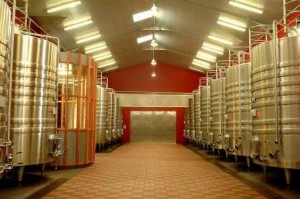 Chateau Haut Batailley is a true family affair. In fact, it’s been that way for most the 20th century. Haut Batailley, as we know it today, came into being back in 1942, when the property was divided between Marcel and Francois Borie. After the division, François was able to increase his Pauillac vineyards. He did this when Haut Batailley purchased additional vines from Chateau Duhart-Milon in 1951.
.
Two years later, after Francois passed away in 1953, his daughter Françoise de Brest-Borie inherited Haut Batailley. the Bordeaux wine estate. Needing help to manage the winery, she asked Jean-Eugène Borie, her brother to manage the property. Eventually, the next generation followed into the family business. The son of Jean Eugene Borie, François-Xavier Borie took charge. That sense of tradition is going to continue, than to Borie’s daughter, Emeline, who helps manage the Bordeaux wine property today.

Haut Batailley has a 54 acre Bordeaux wine vineyard that is planted to 65% Cabernet Sauvignon, 25% Merlot and 10% Cabernet Franc. They produce a second wine, Chateau La Tour L’Aspic. The production is traditional. After destemming, the fermentation takes place in temperature controlled stainless steel vats. The Bordeaux wine is then aged for up to 20 months in 40% new oak barrels. On average, the producion is close to 9,500 cases of Bordeaux wine per year.

Haut Batailley is not a consistent Bordeaux chateau. But in select vintages, the estate produces well priced wines with good Pauillac character.