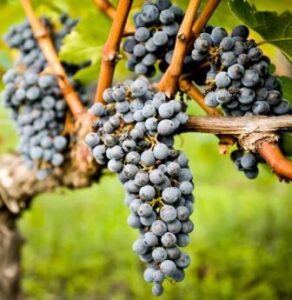 Jeff Leve Are you still experimenting with whole cluster fermentation?

Dany Rolland “Yes. We have been experimenting with whole cluster fermentation for 3 years. On average, we use about 30 % whole clusters for the Merlot and Cabernet Franc in Pomerol. We use clusters with very ripe stems.”

Jeff Leve In a year like 2012, where full phenolic ripeness was difficult to obtain, why use whole clusters?

Dany Rolland “With the Merlot and Cabernet Franc, in Pomerol, we had no problems of ripeness with the 2012 Bon Pasteur.  In Fronsac, we achieved a little less maturity. But, in barrel fermenting, remember, there are no pumping overs to soak the cap. We use a very gentle maceration technique.”

Jeff Leve What does the wine gain by adding whole clusters?

Jeff Leve With the lateness of the 2012 Bon Pasteur harvest, does the vintage remind you of any previous vintage?

Dany Rolland “Comparing 2012 Bon Pasteur with the most recent vintages, the 2012 vintage would look like most to 2008, because the late harvests. But this is only very superficially, because it seems that there are a little fewer tannins this year.  2012 Bordeaux is truly a wine grower’s vintage!”

Jeff Leve With the 2012 Bon Pasteur and 2012 Fontenil, what were the most difficult moments of the growing season?”

Dany Rolland “In spite of a very disrupted vegetative cycle, which was disturbing, from the bloom to the final maturity, the most difficulties found in the 2012 Bordeaux vintage was the pressure of from diseases due to humidity.  Mildew was the primary issue we had to face.”

Jeff Leve What about vine stress from drought with the 2012 Bon Pasteur or the 2012 Fontenil ?

Dany Rolland “We experienced a period of drought from August 8 all the way to September 15 when we had a very warm week.”

Jeff Leve With the drought and mildew issues, how much effort was required during sorting?

Dany Rolland “The 2012 Bordeaux vintage posed the same problems as 2011 and required the same watchful selection. But for different reasons, causes and effects. Fewer dehydrated grape-berries were a problem this year than in 2011. We had more pink or green seeds or uneven maturity, but found very few rotted grape-berries.  We also experienced less botrytis than in 2011.”

Jeff Leve When those types of problems attack your Pomerol vineyard, how do you combat them?”

Dany Rolland “The only way to control the problems, naturally, consists in regulating the leaves and the load of feet. This year, the main difficulty was to juggle on one hand, not to remove the leaves too early, with the strong hot season, and on the other hand, to eliminate some bunches of grapes resulting from a bad bloom, supply or changing of color “veraison”, in spite of the small crop. Thus, we removed leaves several times, early on the eastern side, late on the western side, then a 3rd time before harvest to definitely aerate clusters.”

Jeff Leve Did the October rain, help your vines?

Dany Rolland “Yes, it was necessary to help the soils to regulate the hygrometry and take advantage of first rains to take back the usual cycle. The rain also allowed for only a very short-time window for harvesting.”

Jeff Leve When did you start and finish your harvests?

Dany Rolland “We have several properties with different harvest dates. The 2012 Bon Pasteur harvest took place from October 3 through October 13.  Those are the same dates for picking at Rolland-Maillet and Bertineau St Vincent. In Fronsac, we harvested the 2012 Fontenil, October 8 through October 13.

Jeff Leve What about for you white wine?

Dany Rolland, we picked Grande Clotte Blanc from September 19 all the way to October 2.”

Jeff Leve How were the conditions during harvest?

Jeff Leve Did the October storms force you to change your harvest dates?

Dany Rolland “We finished picking before the big rains. It’s certain that without those bad forecasts, rain, humidity and mugginess, we would have waited 8 days more for the harvest of the late terroirs we have in the satellite appellations of Fronsac and Lussac.”

Dany Rolland “We don’t use optical sorting. It’s a good technique but very selective and requiring a second evaluation in a year with such a small production.  Instead, we hire 12 people to work on the sorting tables, where the grapes are sorted two times.”

Jeff Leve What are your yields at your various, Right Bank estates?

Jeff Leve What about your alcohol levels?